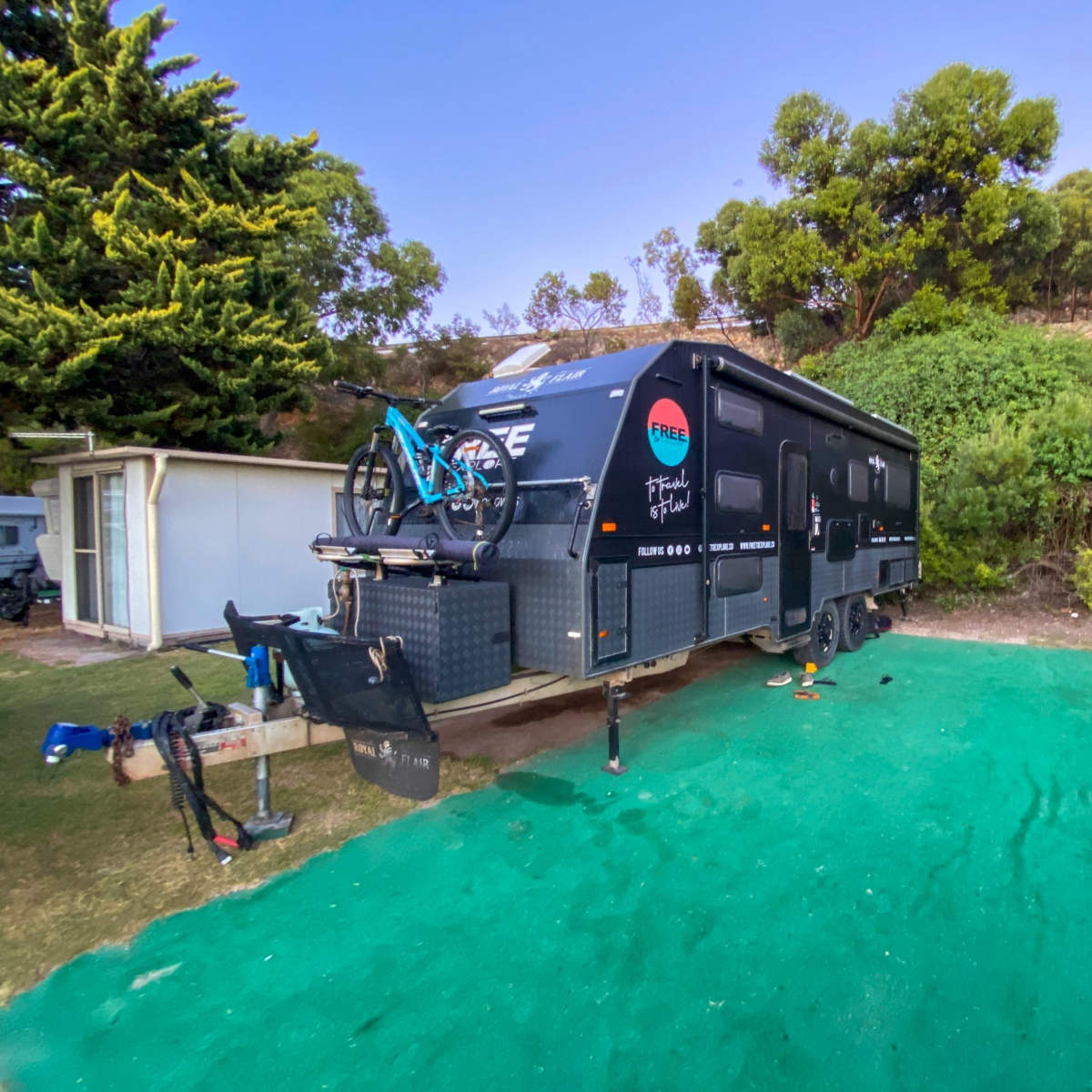 Point Turton Caravan Park is located at Bayview Road in Point Turton, on the south-west coast of the Yorke Peninsula in South Australia. The park is tucked away in a beautiful location in the historic flux quarry that looks out over the jetty and boat ramp. The beauty of this spot coupled with the convenience it offers for exploring the Yorke Peninsula, makes this a very popular campsite.

If you can score yourself a spot here, you will enjoy lush green grass sites that are sheltered from the wind, and equipped with both power and water. 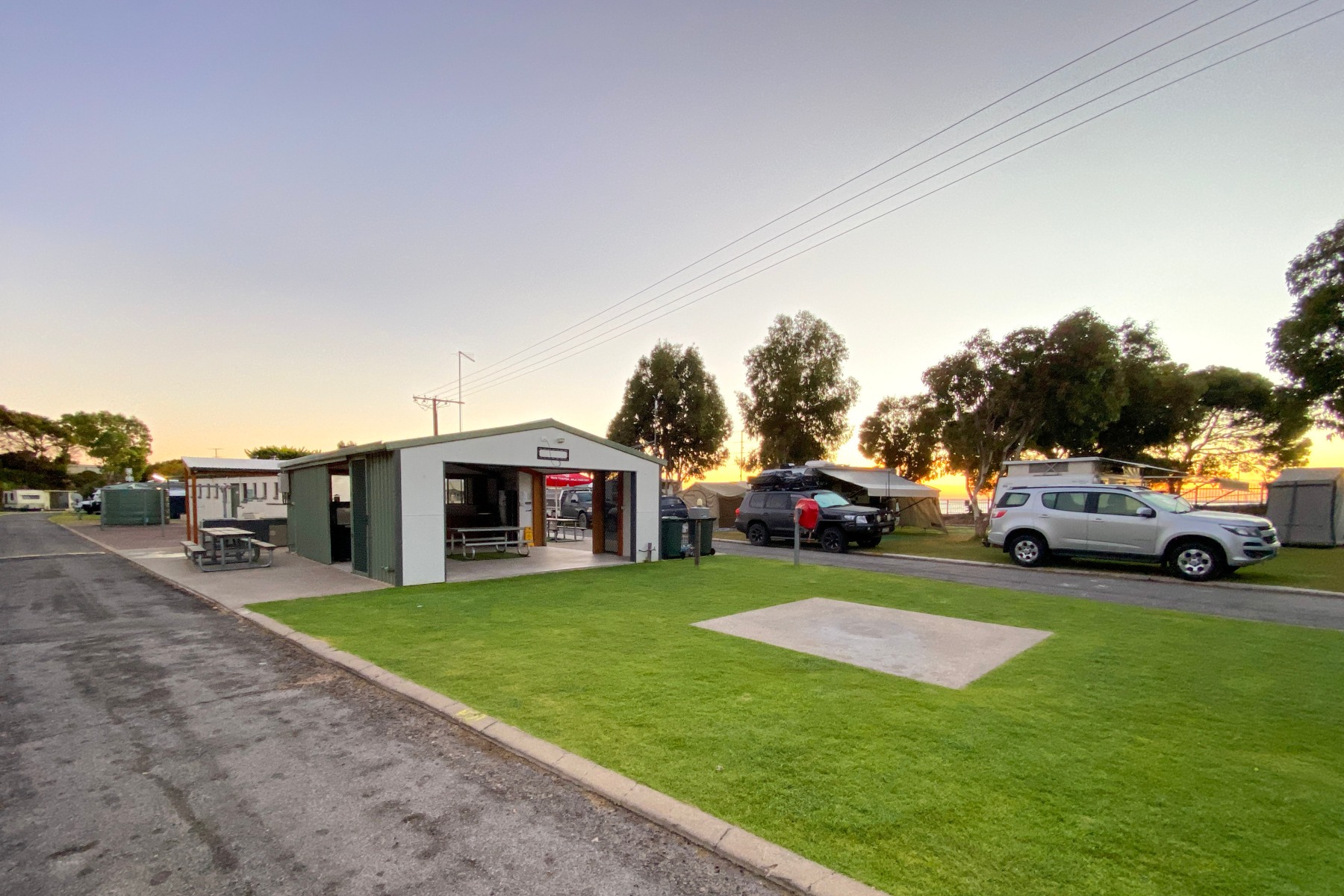 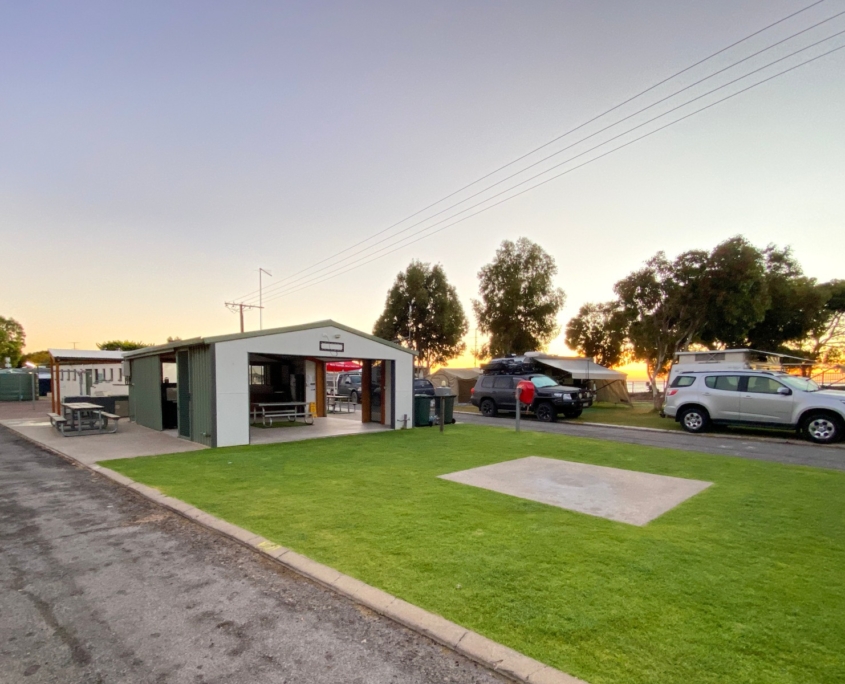 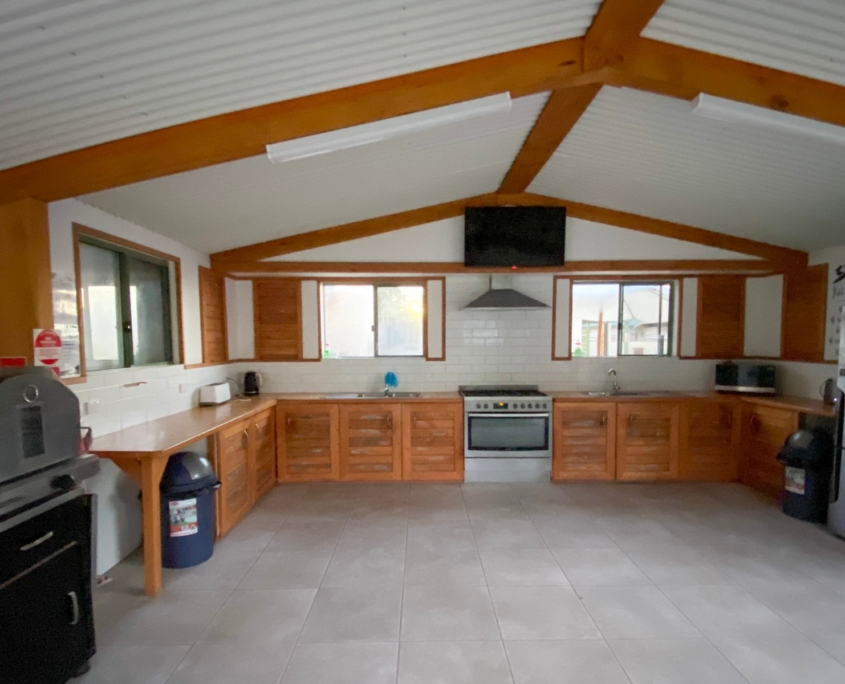 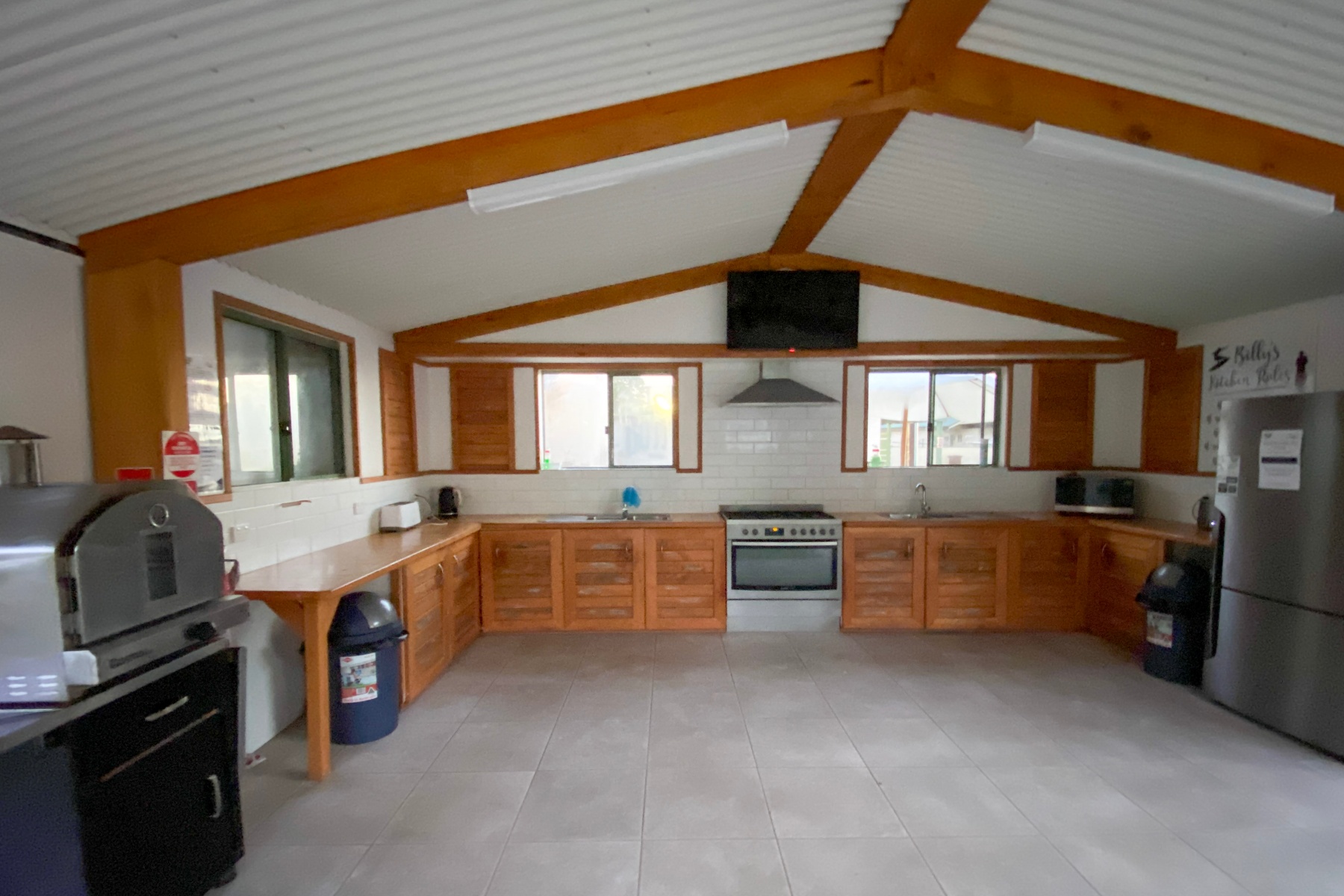 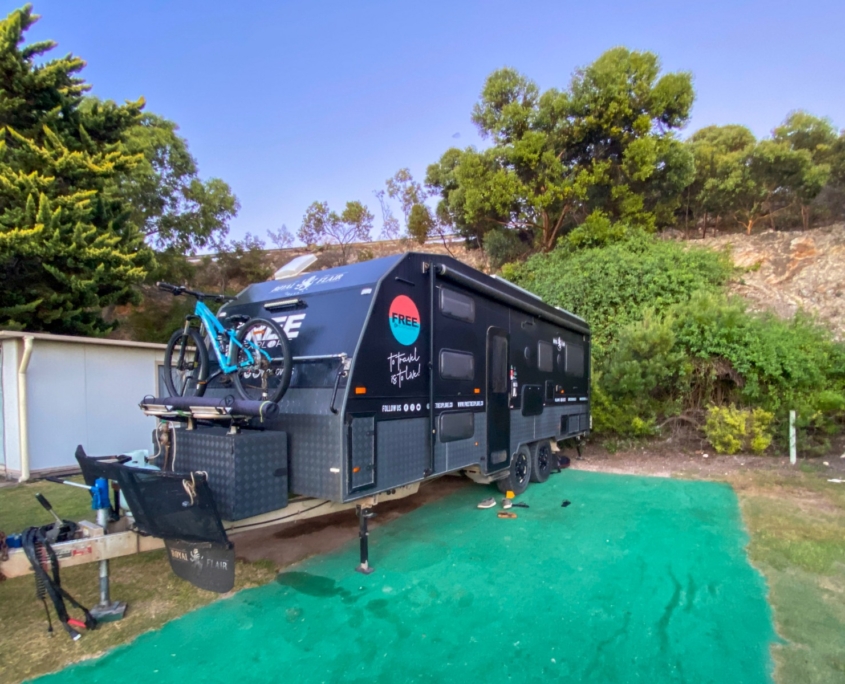 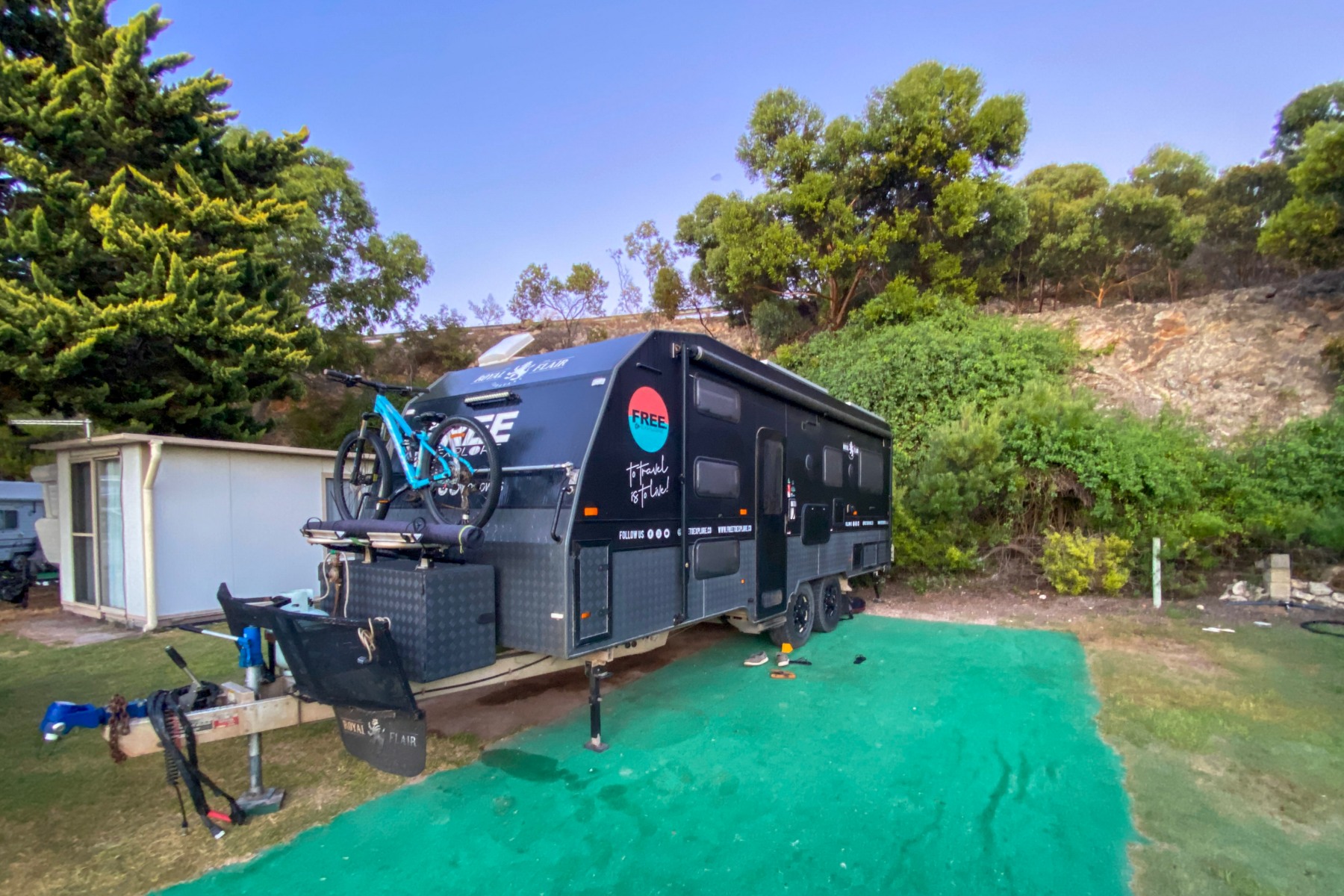 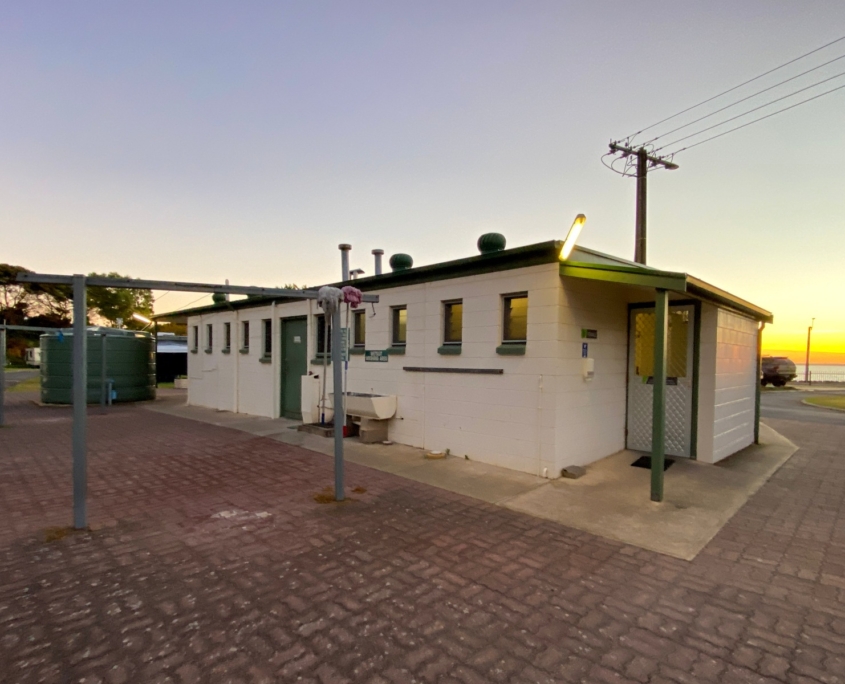 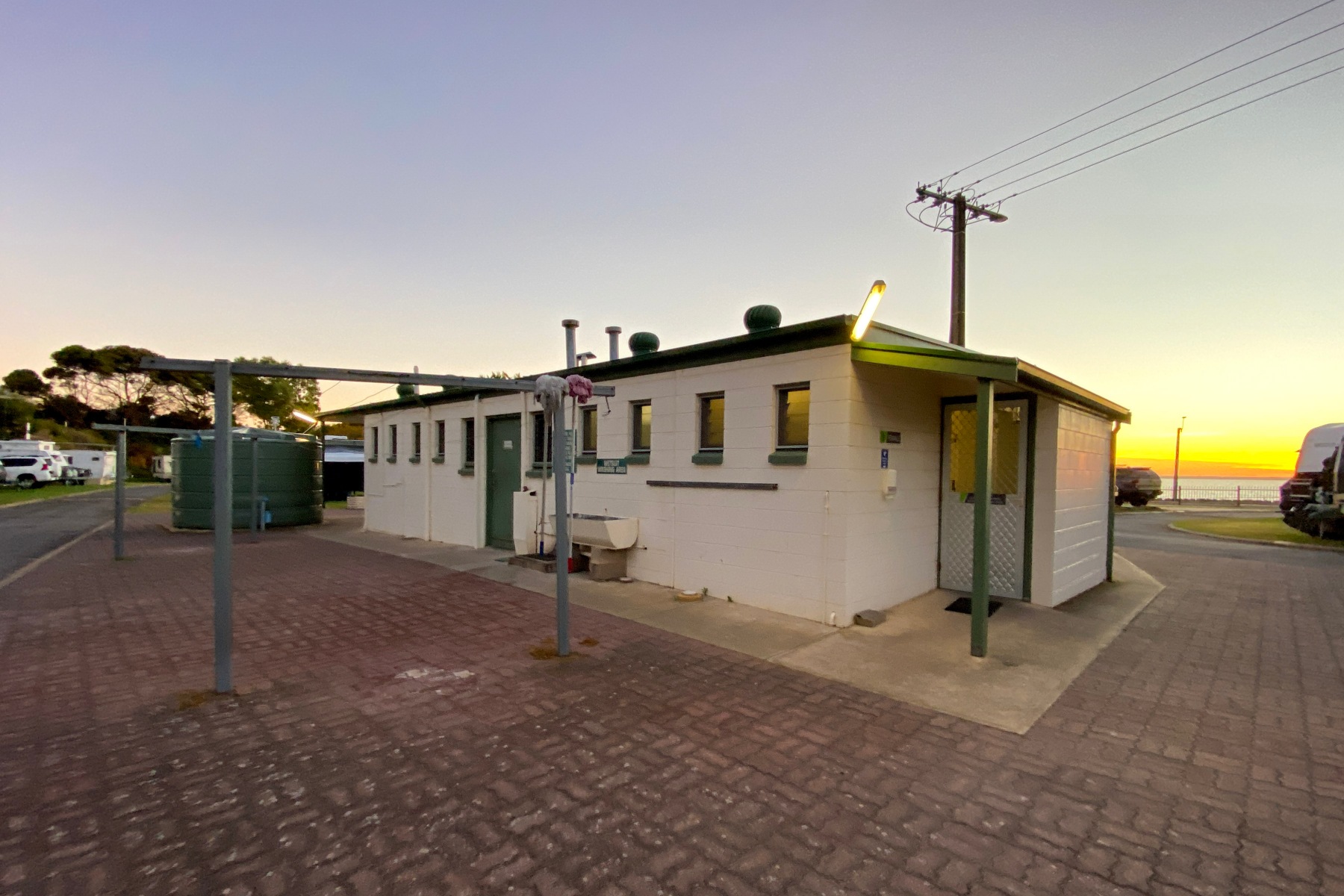 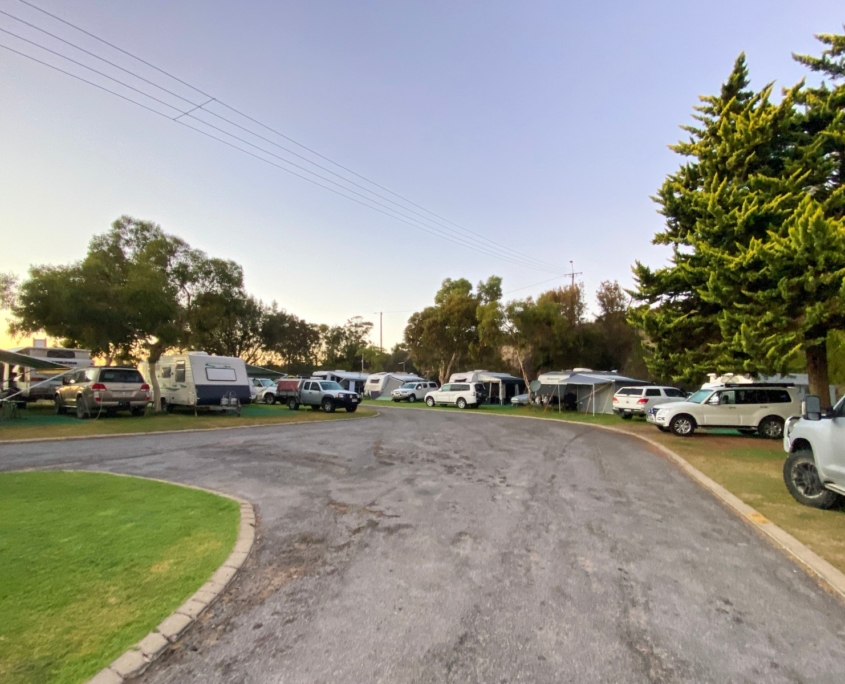 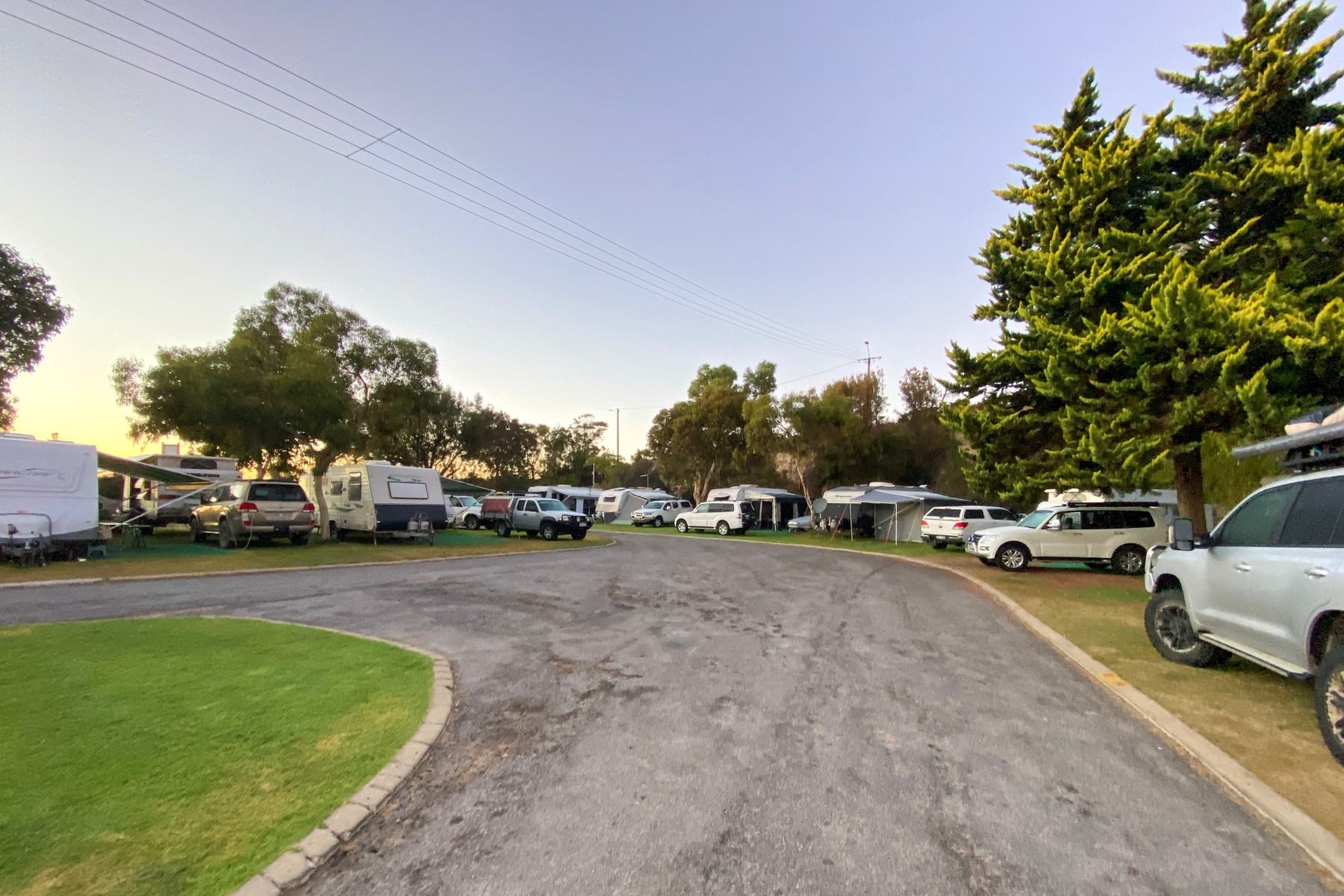 After unsuccessfully trying to get into Point Turton Caravan Park a first time (it was a very popular spot!), we managed to squeeze in at a later date due to a cancellation. We stayed three nights and could see from the location why it was such a popular spot.

The campsite was located near a disused historic flux quarry and overlooked the jetty and boat ramp. It was a really convenient spot to base ourselves whilst we explored the Yorke Peninsula – Innes National Park was an absolute must to check out, which was about half an hour away.

There was a good boat ramp nearby plus a jetty to fish off, with ample opportunity to catch squid, whiting and king fish.

The caravan park itself was a little squashed with the sites on the smaller side. If you were staying here with a big rig or large caravan you’d want to let them know before you arrived, especially during the busier months.

The owners were super friendly and tried really hard to get us a spot during their peak season. The caravan park was clean too! The amenities were slightly dated but very well looked after. Internet reception was good, with Optus actually coming out on top in our test. It was also less congested in the evenings.

All in all it was a lovely stay full of friendly people and amazing sunsets and sunrises.