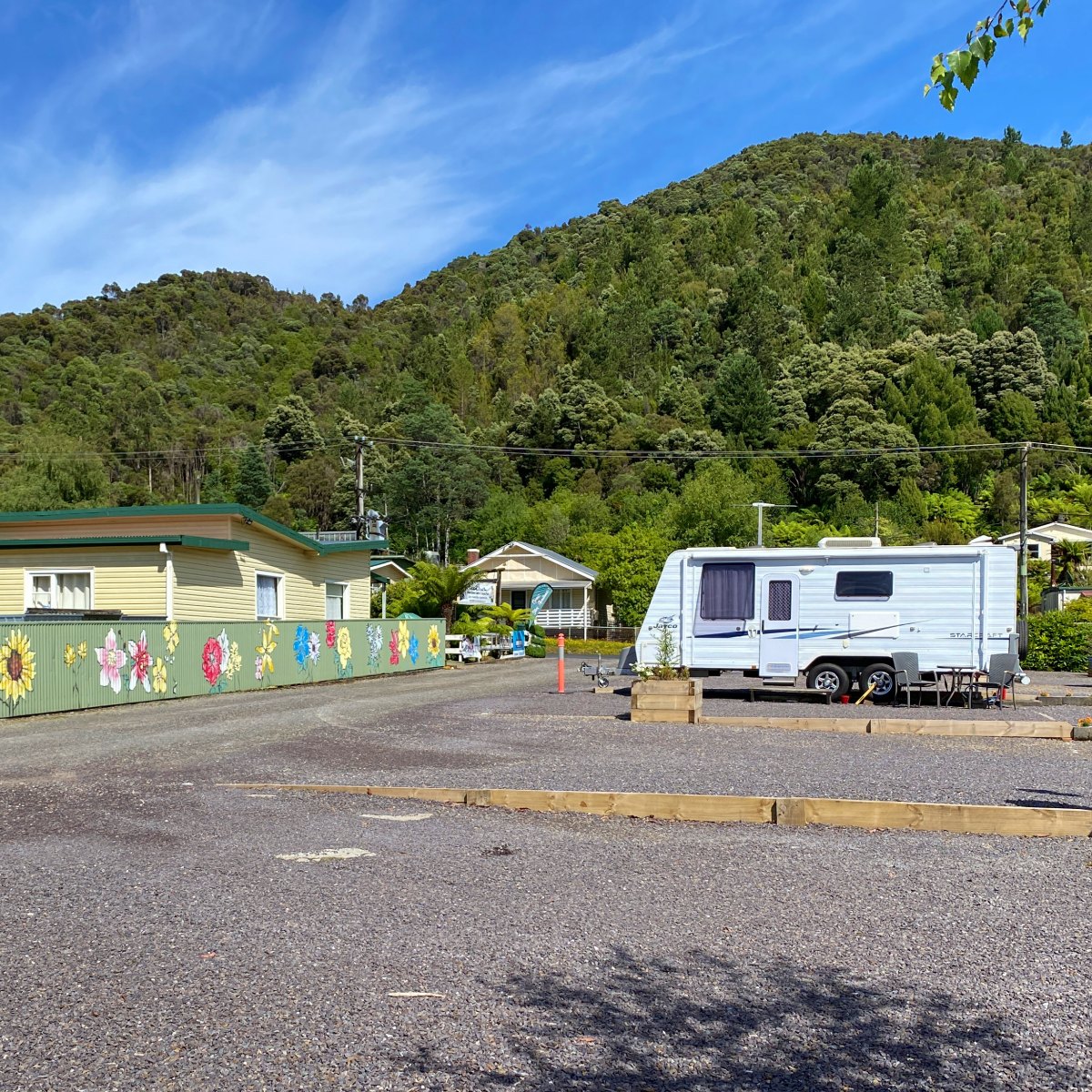 Queenstown Cabin and Tourist Park is a quaint and super clean campground that can be found at 17 Grafton Street in Queenstown, Tasmania. Queenstown is about an hour inland from the west coast of Tasmania.

This small tourist park is setup for RVs, caravans, camper trailers and tents, and includes a few cabins too. Larger vans are encouraged to contact the site prior to arrival to ensure easy access.

Not available (one nearby in town).

Not available (one nearby in town). 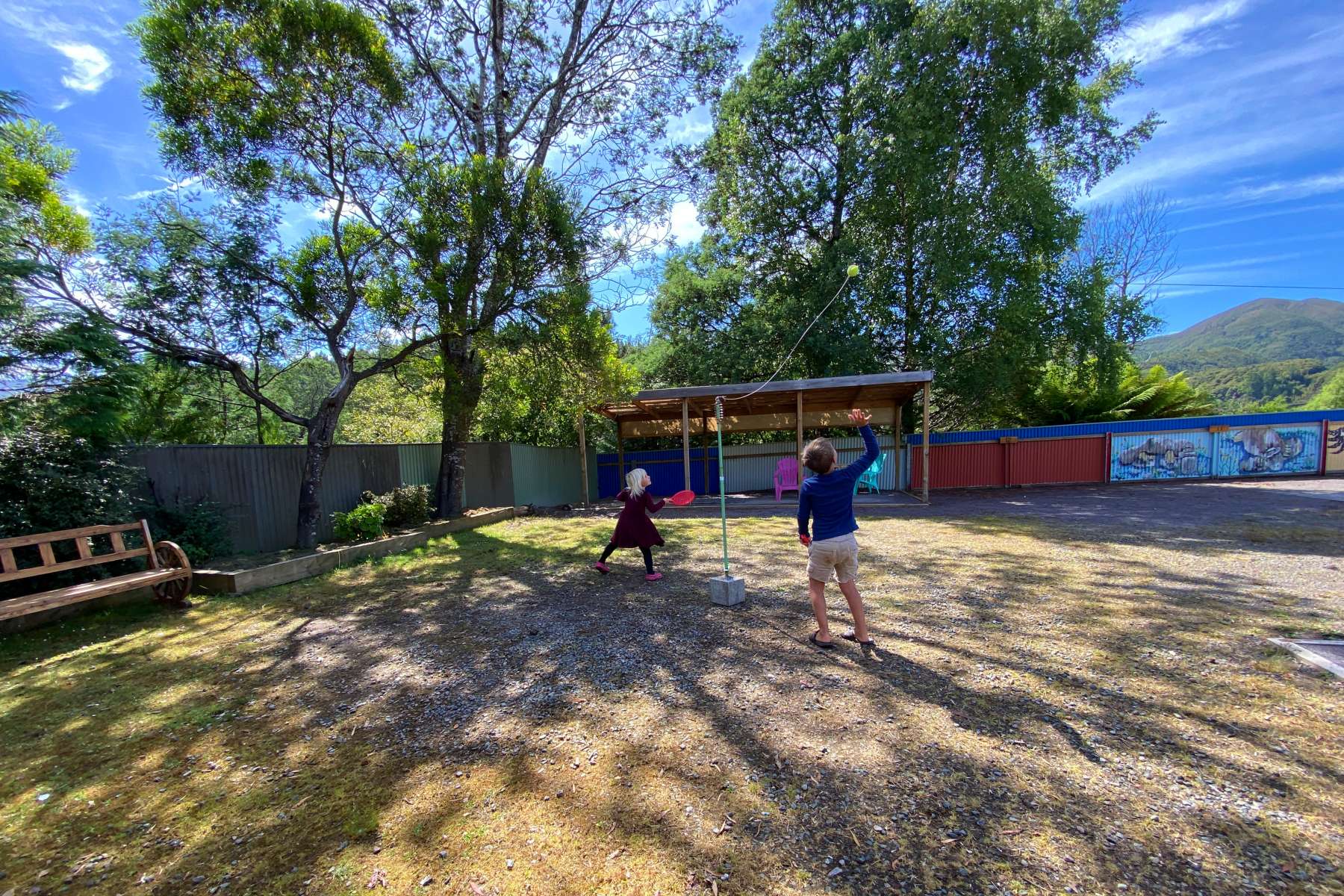 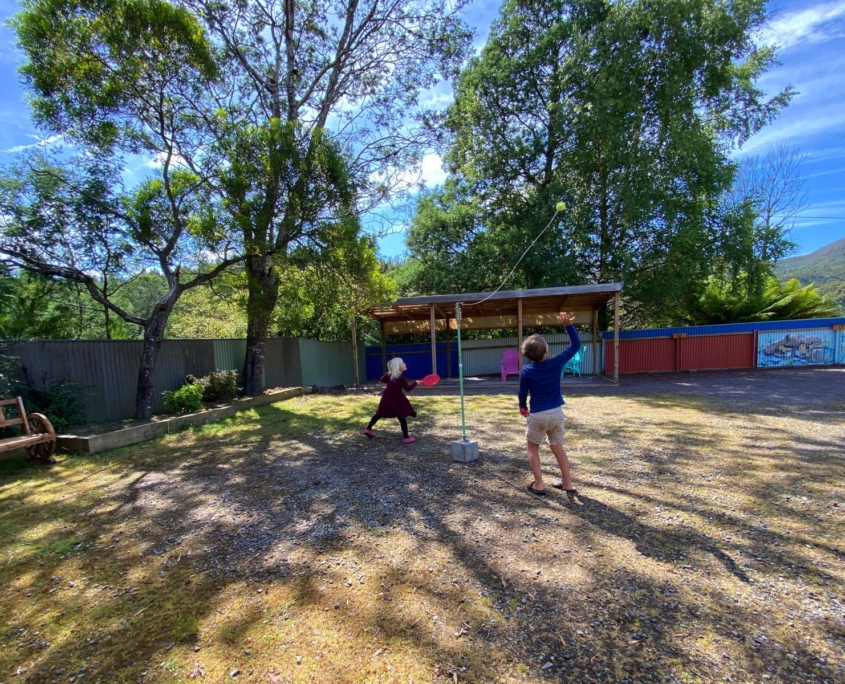 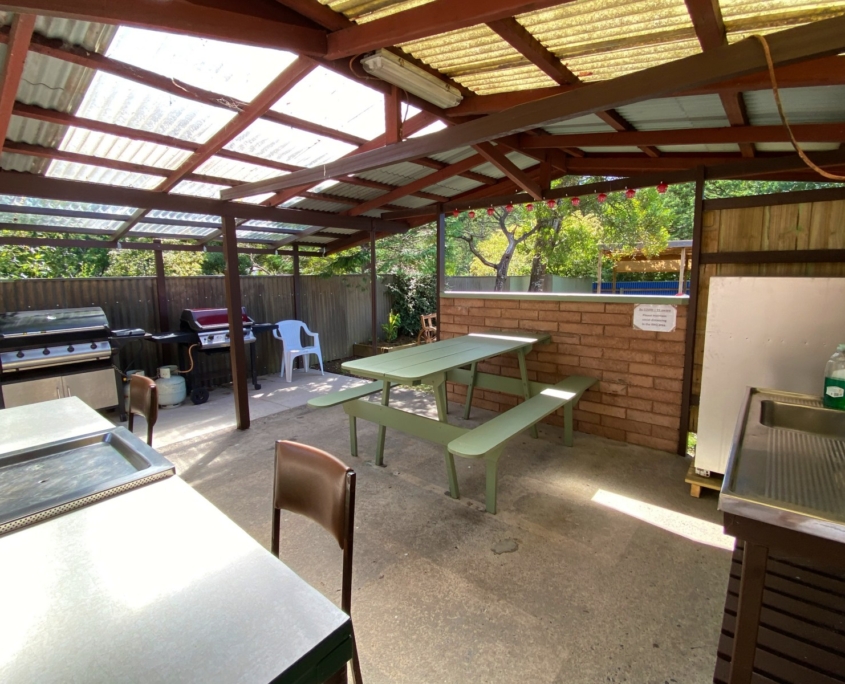 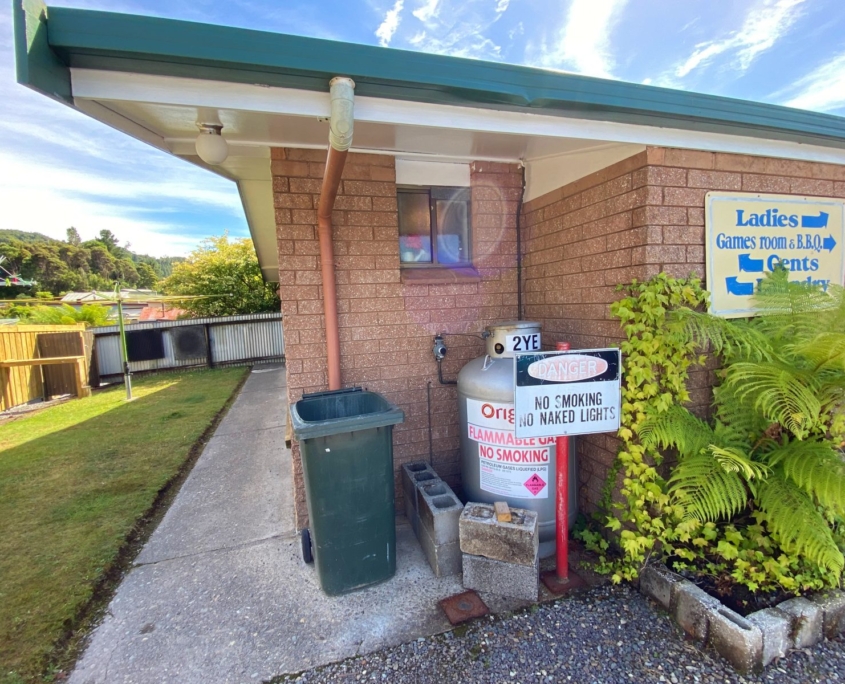 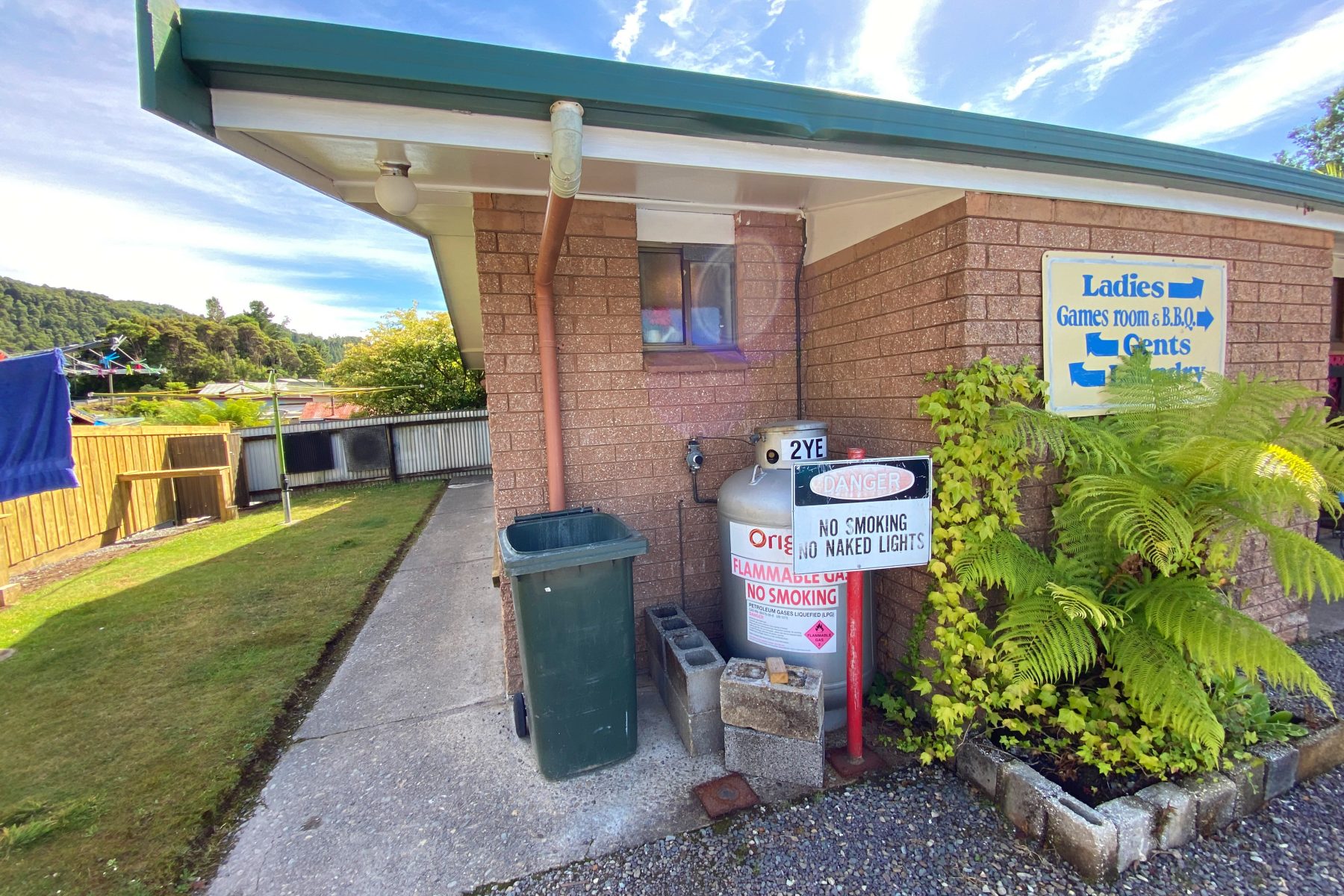 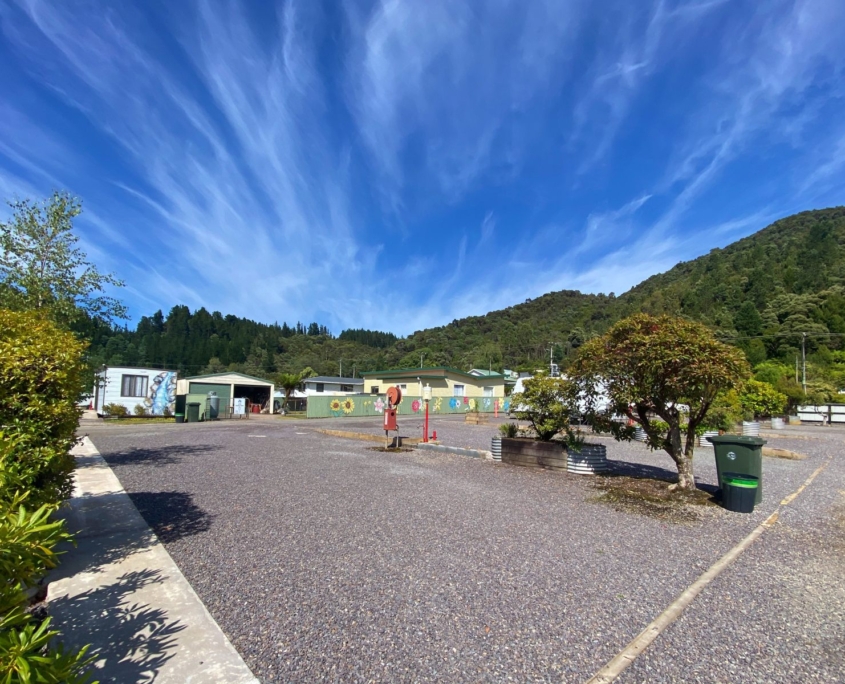 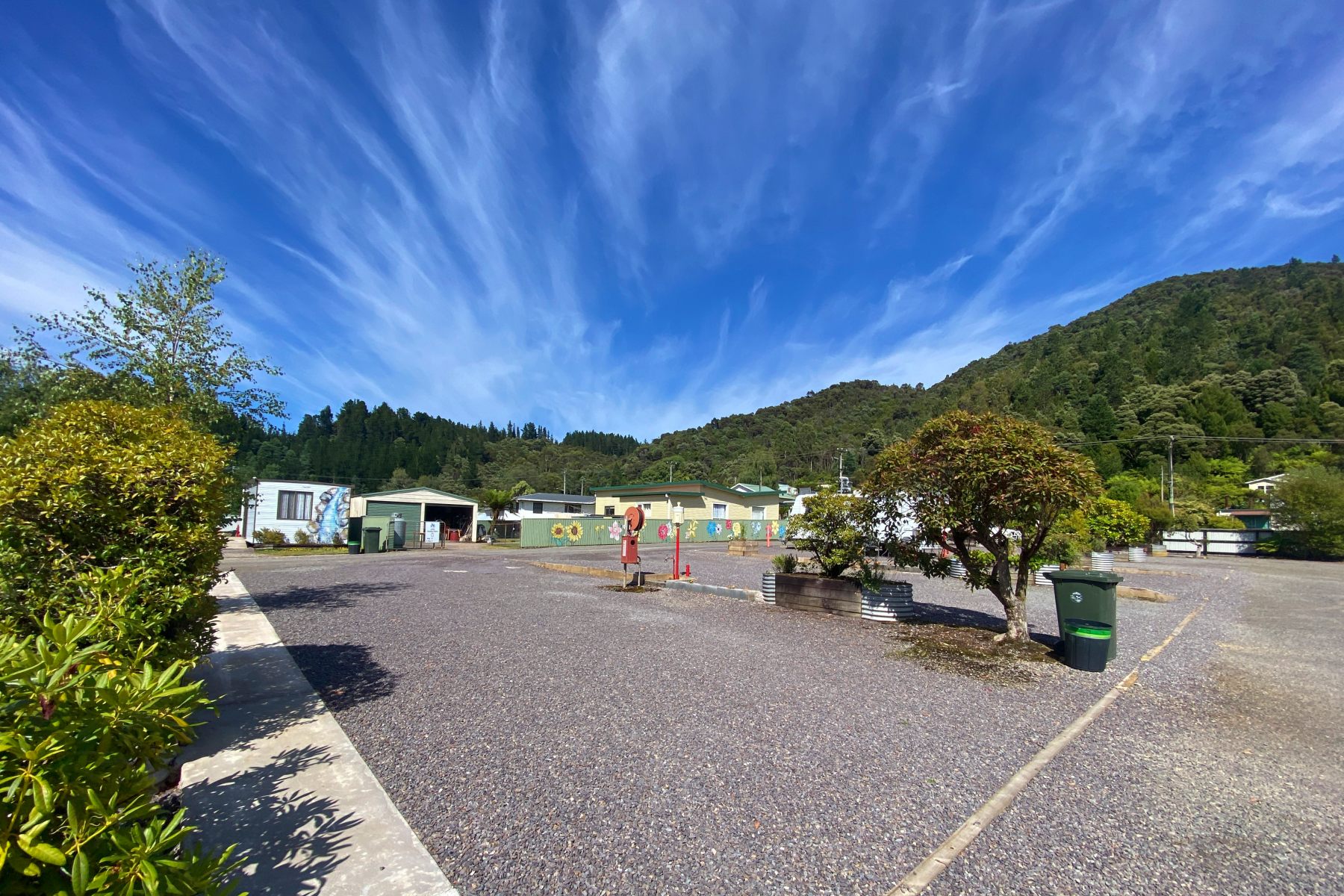 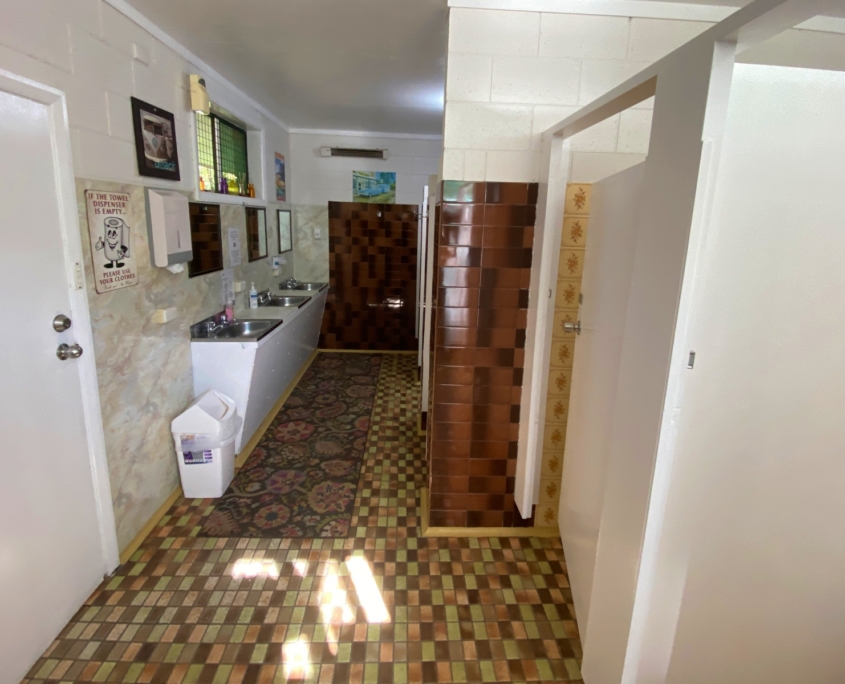 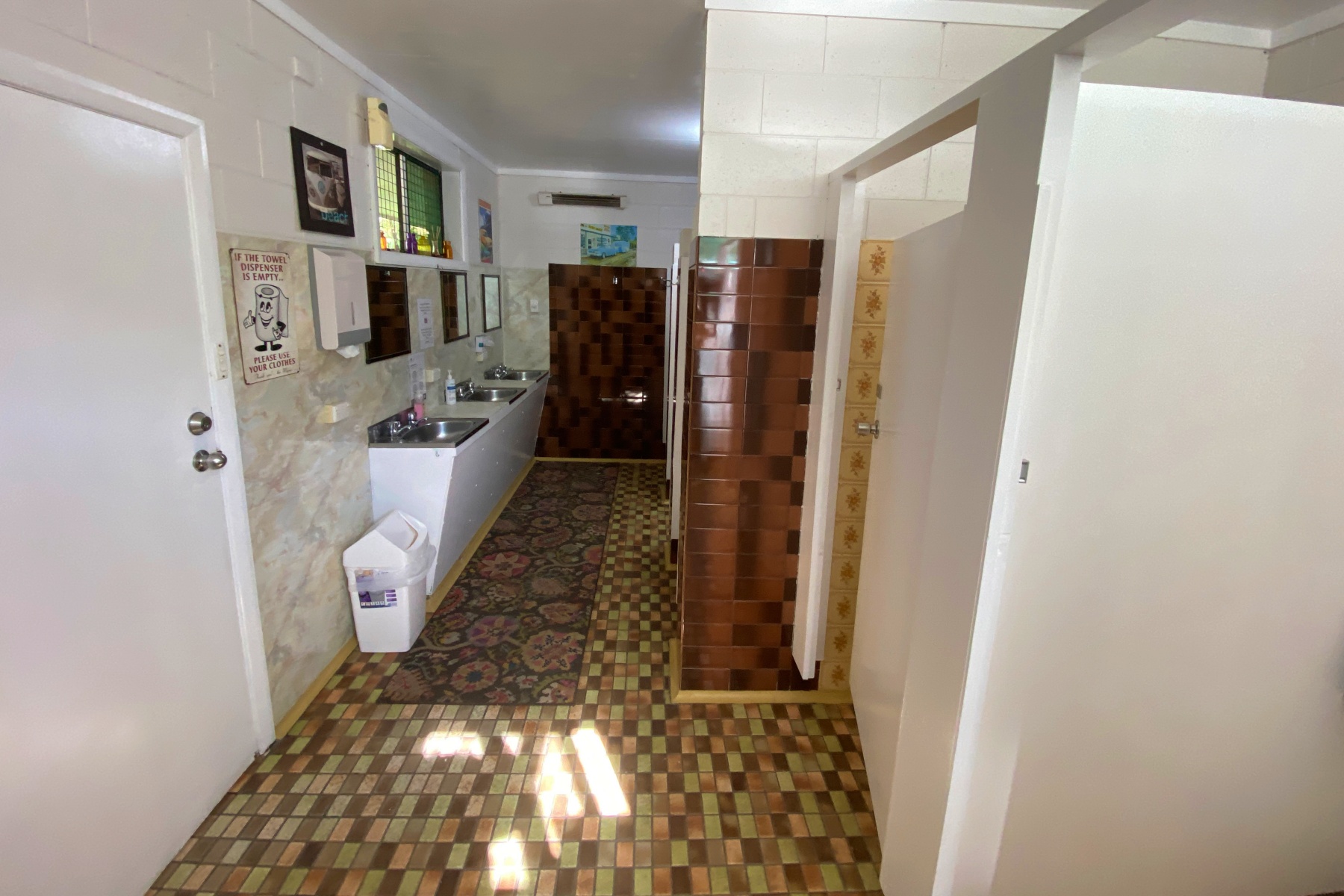 Queenstown Cabin and Tourist Park was a quaint place to stay, although we didn’t feel like there was much to do in Queenstown.

The park was very clean, and had an almost 70’s or 80’s style setup. It was really nice, almost like staying at Grandma’s house. The bathrooms for example, had shower mats that you used once and then put in a cupboard – it was super clean! Like most Tasmanian parks, they had a shower limiter so you could only use a certain amount of water.

It was a small tourist park that catered to RVs, caravans, camper trailers and tents, whilst also including a few cabins. The sites were pretty small and might not be suitable for larger vans. You could probably get a big rig in, but we’d suggest letting them know first as turning circles and the location would make it hard to get in and out.

There was no dump point, but there was one in town which was fine for us because we only stayed one night.

Our highlight was probably Nelson Falls which was half an hour away – it was incredibly gorgeous!