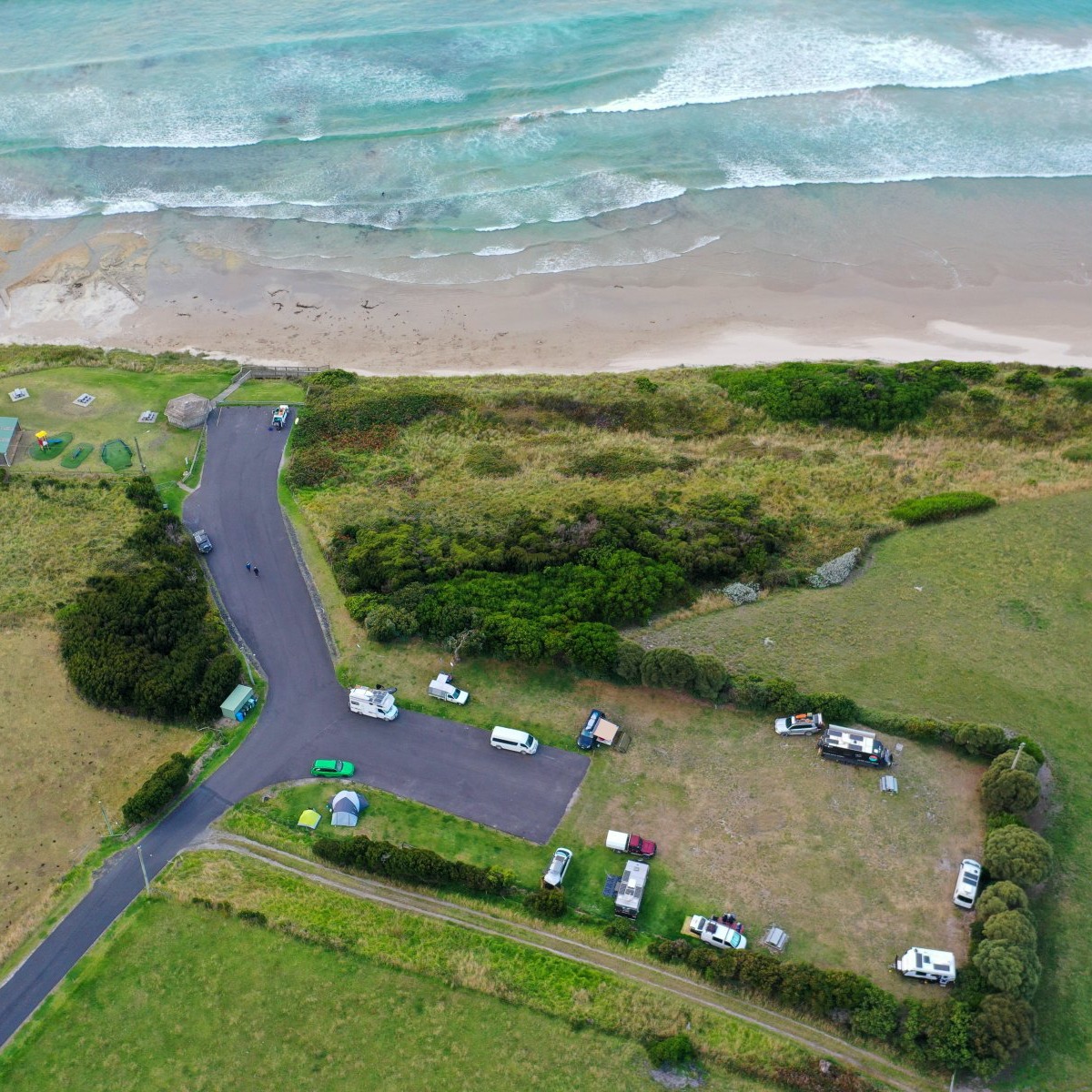 Marrawah Green Point Campground is a small, free campground located at Beach Road in Marrawah, Tasmania. The site is on the top north-west coast of Tassie, about 40 minutes west of Smithton, and 20 minutes north of Arthur River.

This basic site has no power or water, but is in close proximity to the toilet and cold beach shower in the picnic area by the beach. There is a flat area to camp at the base of this campsite, and an unstable and harder to access area on top of the hill.

The campground is on the west coast of Tasmania, allowing campers to catch a spectacular sunset over the water!

Yes, toilet and cold open-air shower available by the beach.

Mostly sealed roads, with some gravel roads and steep hills.

Yes, toilet and cold open-air shower available by the beach.

Mostly sealed roads, with some gravel roads and steep hills. 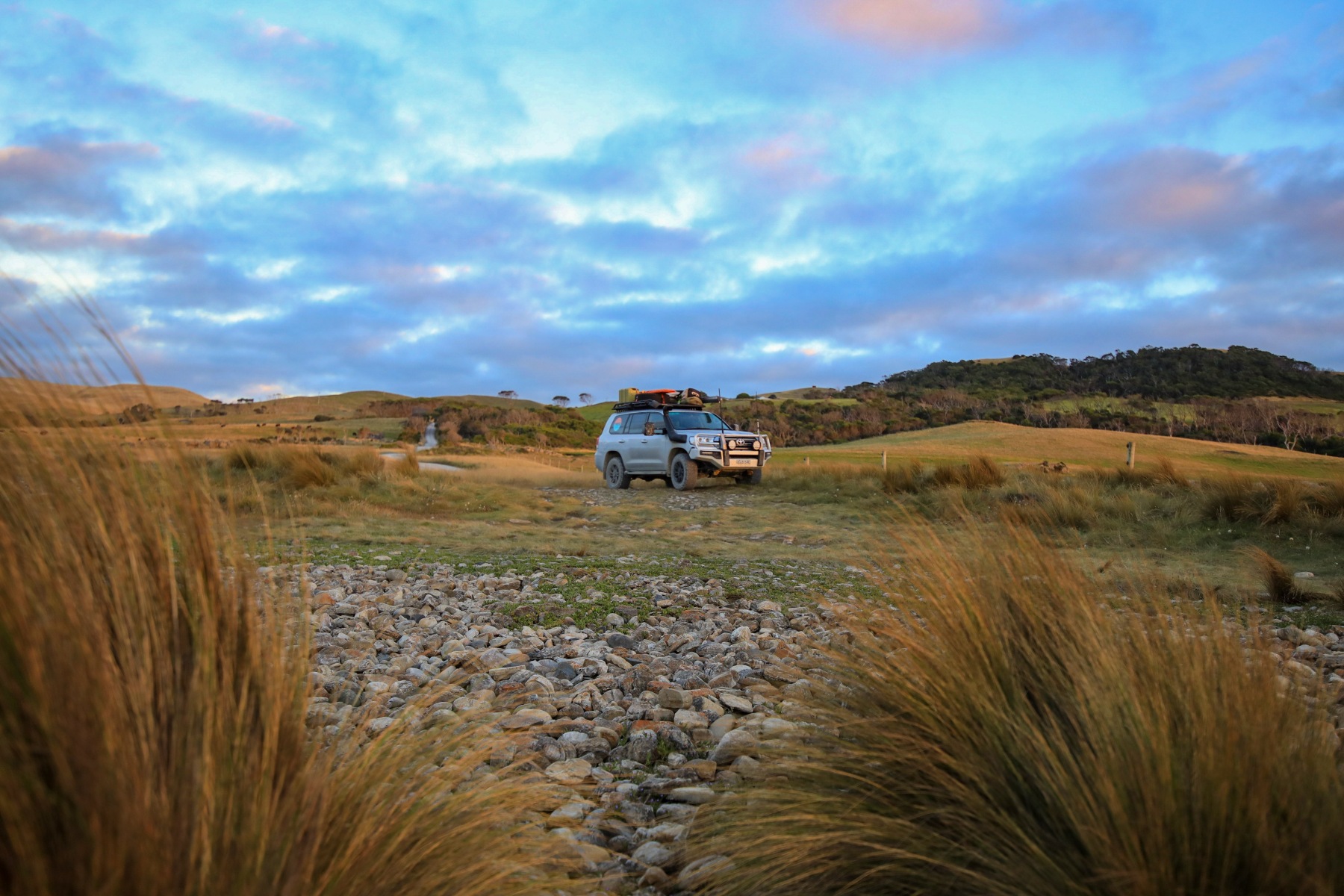 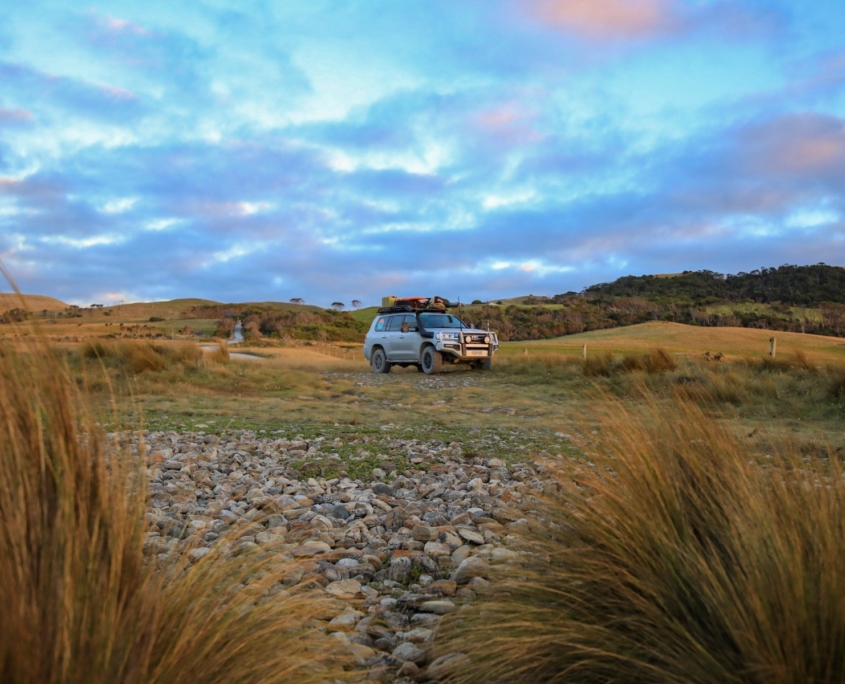 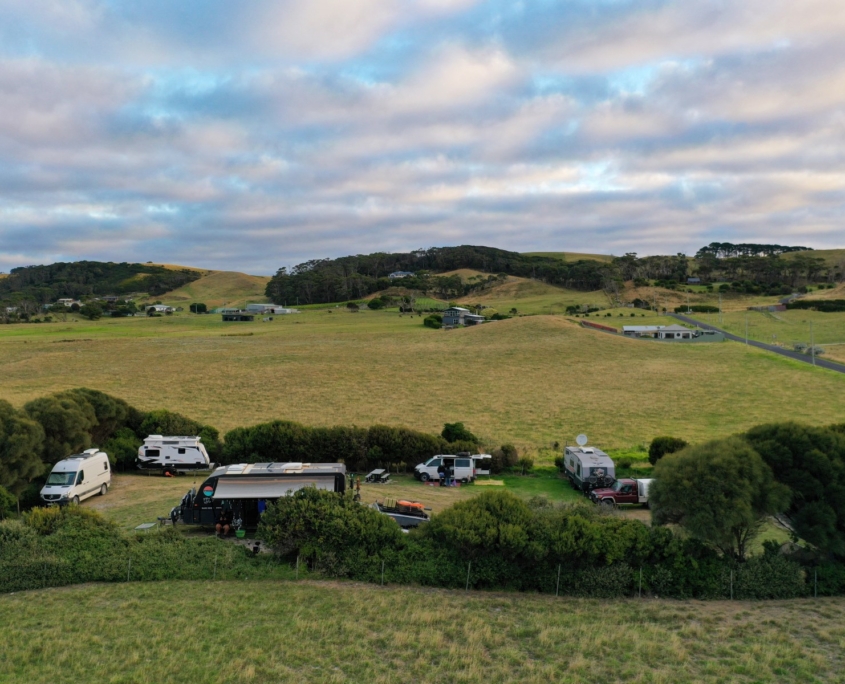 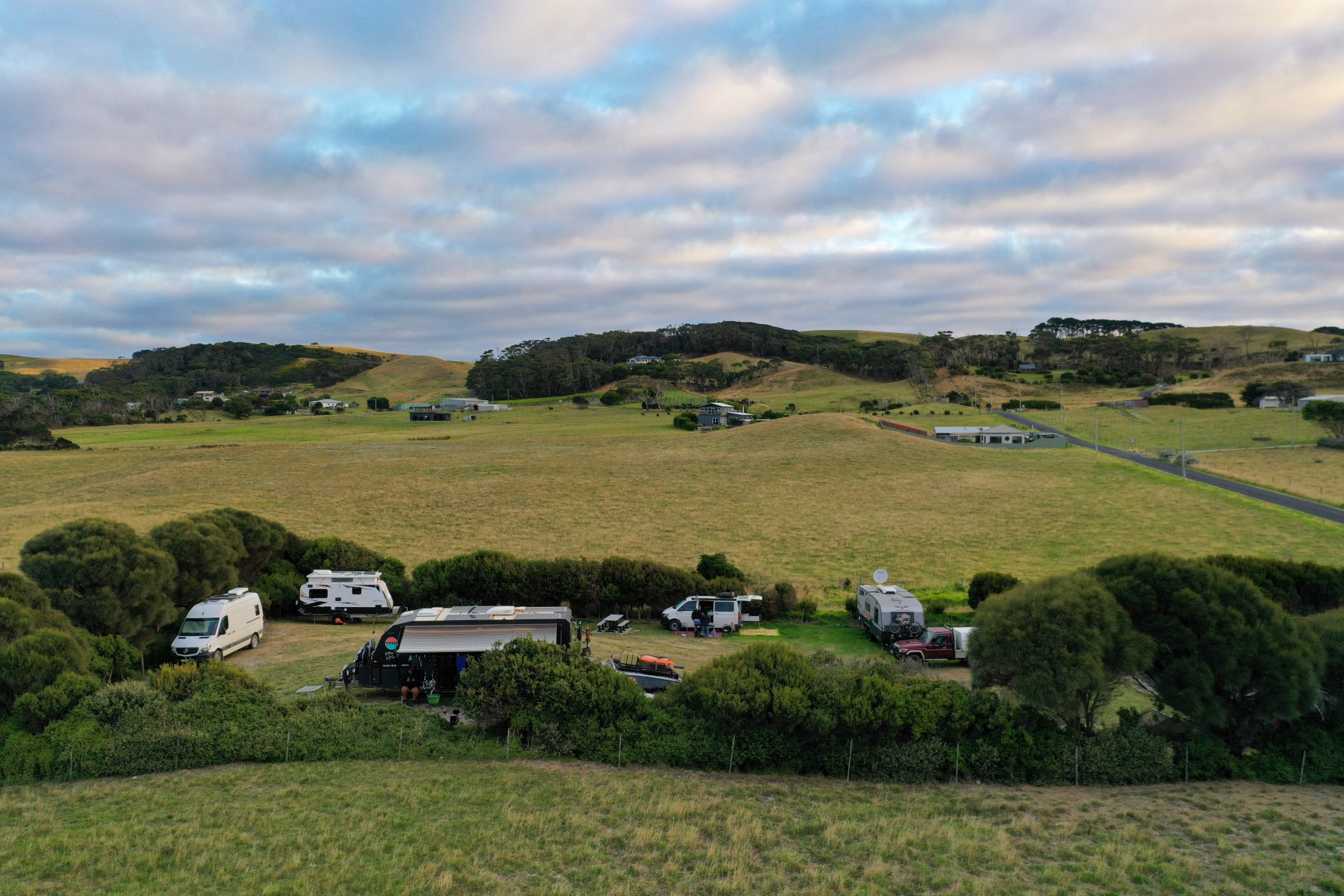 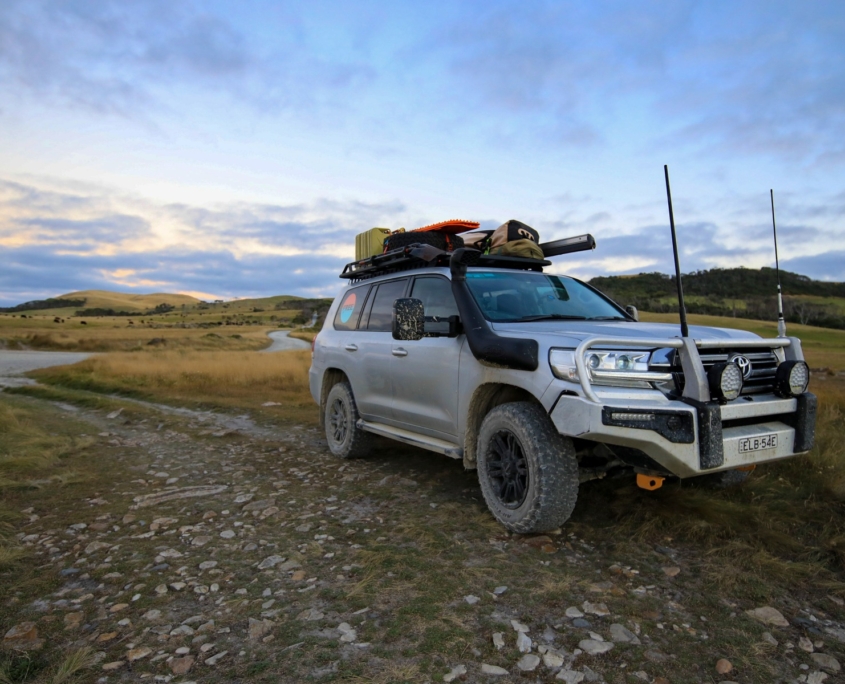 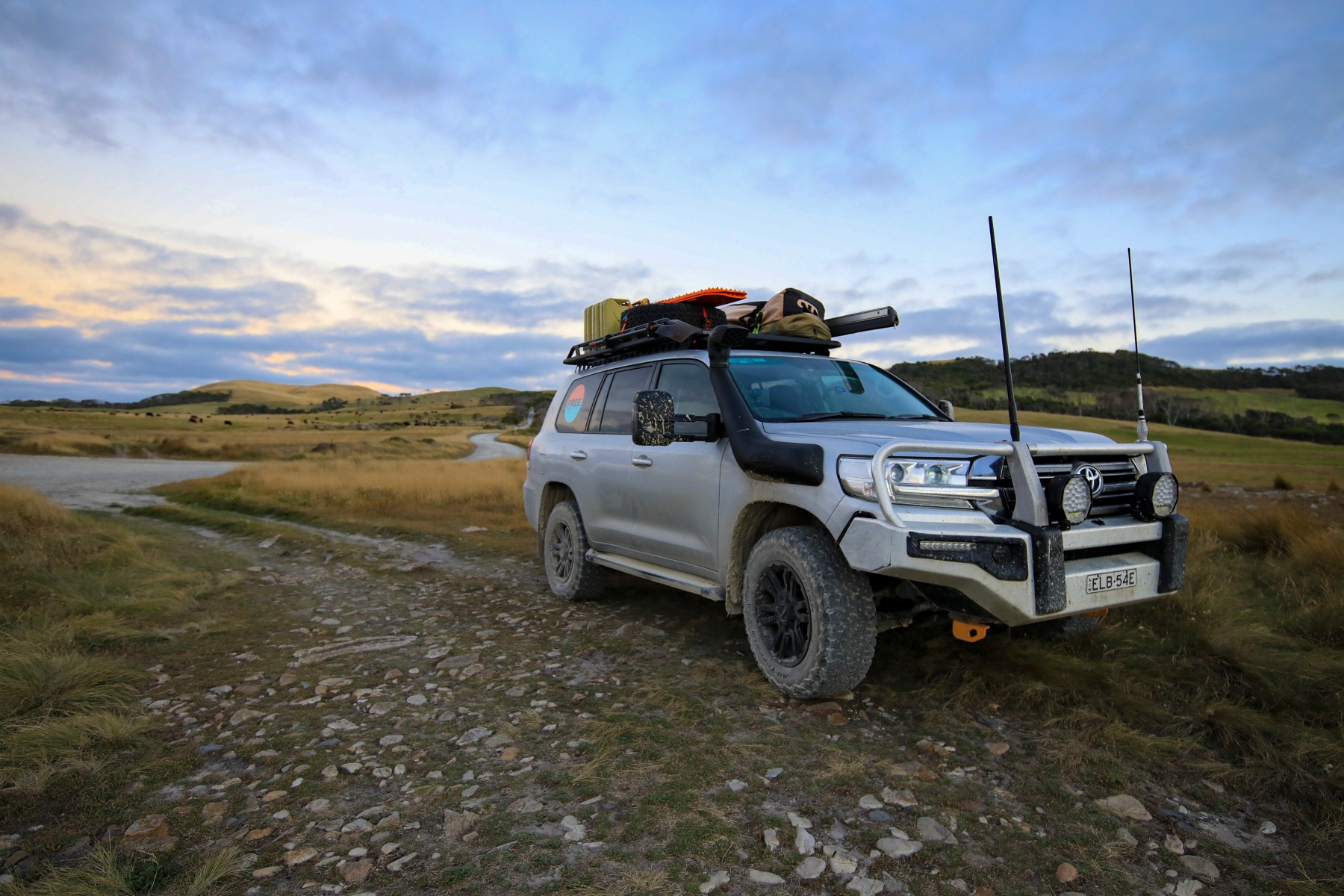 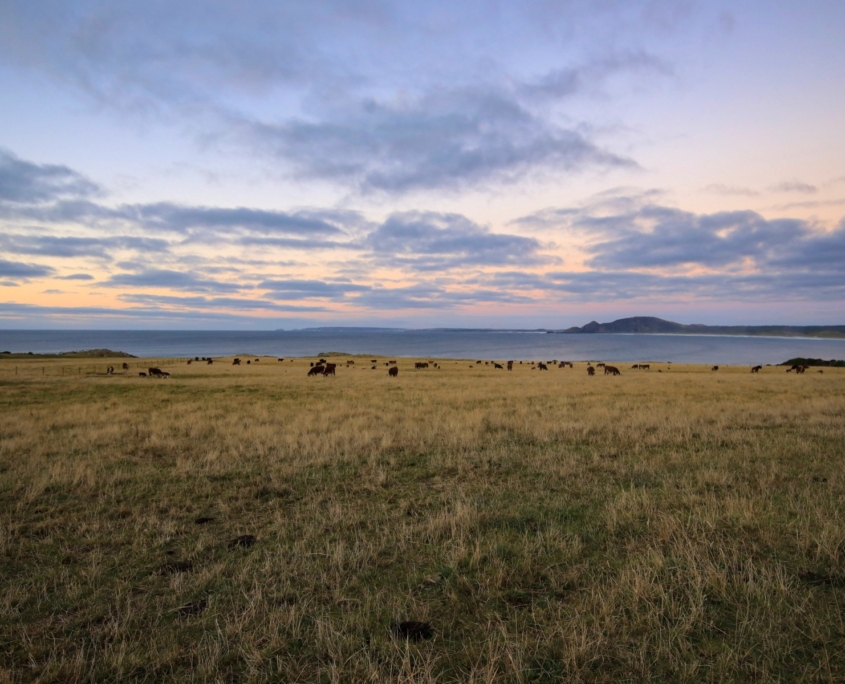 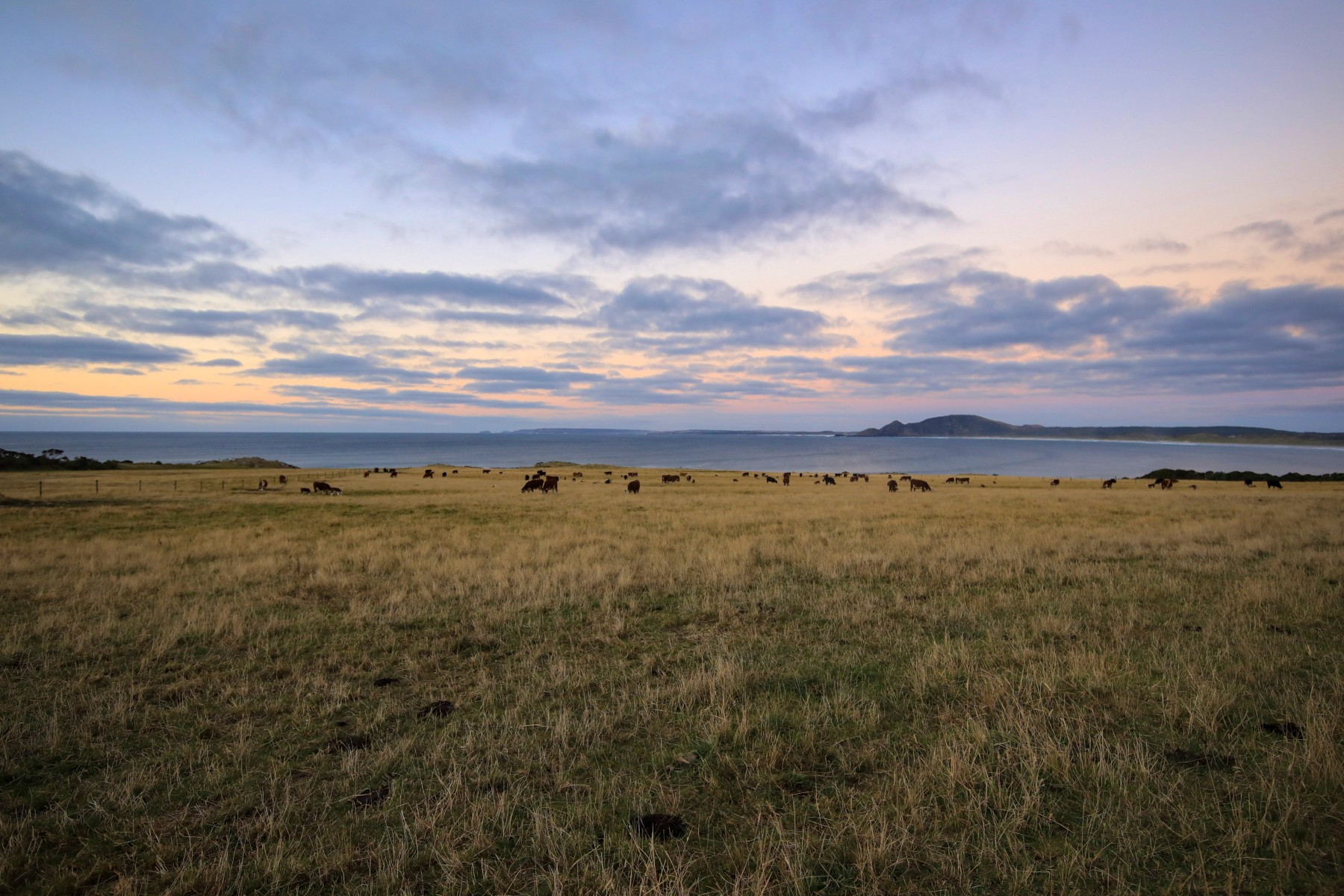 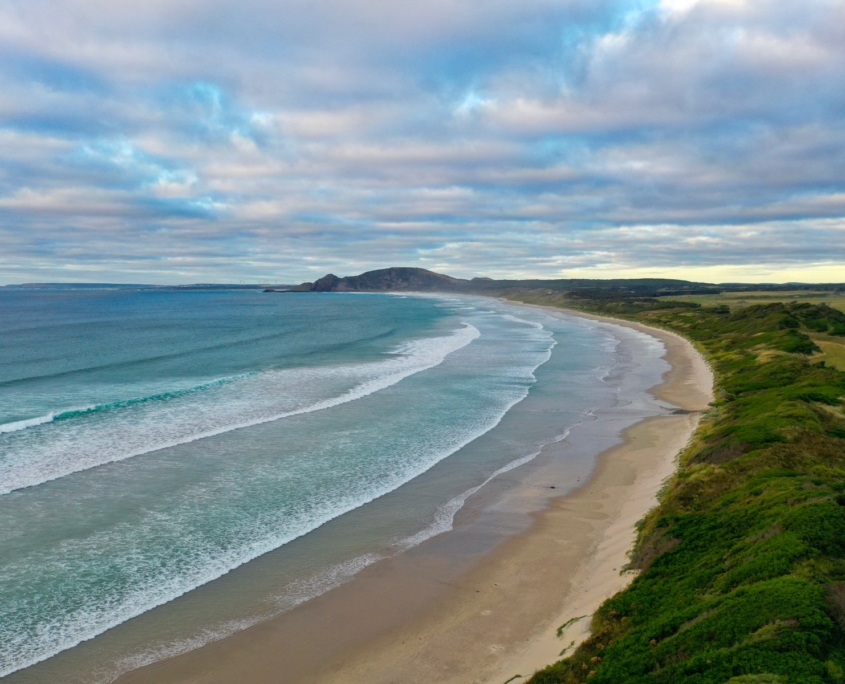 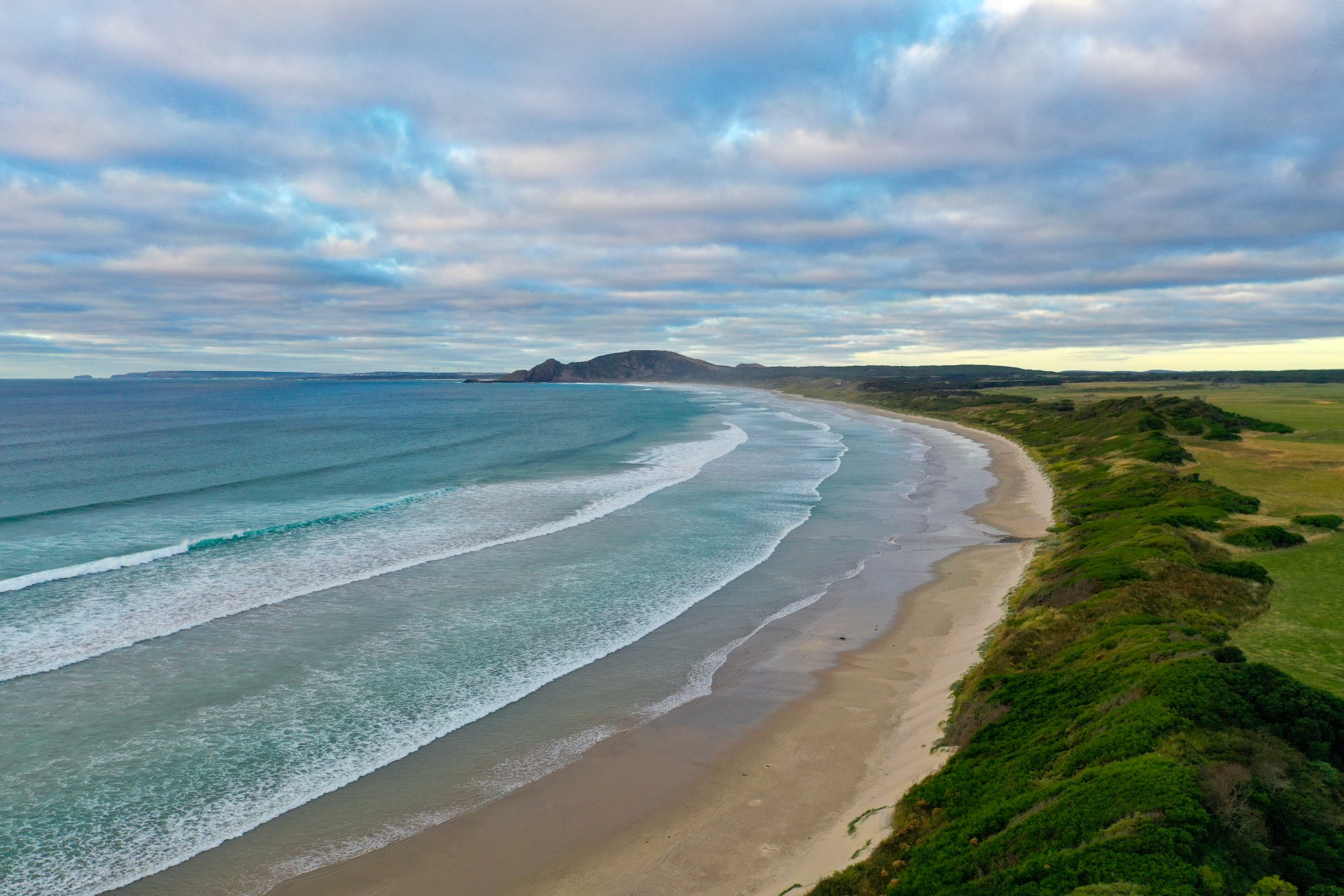 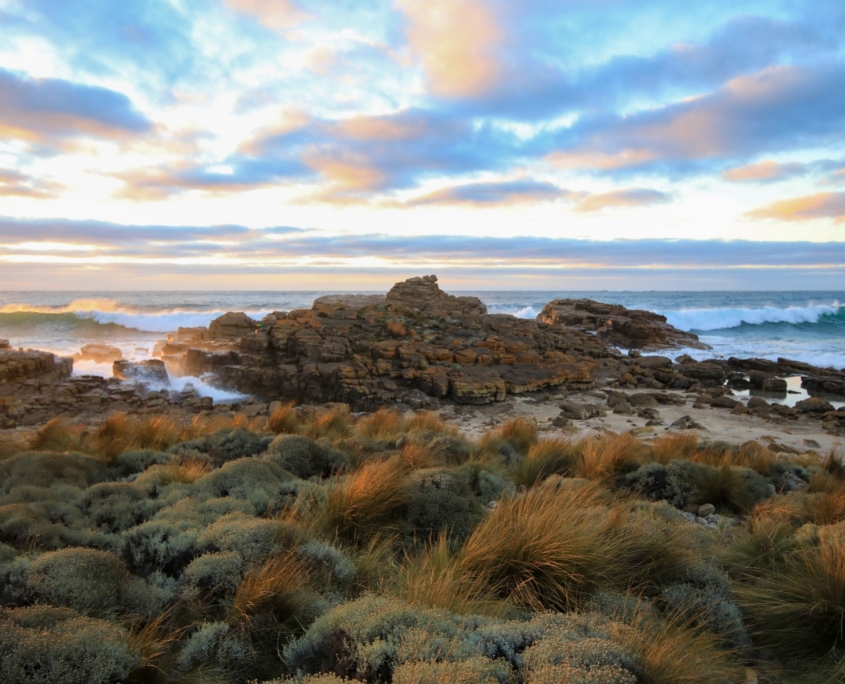 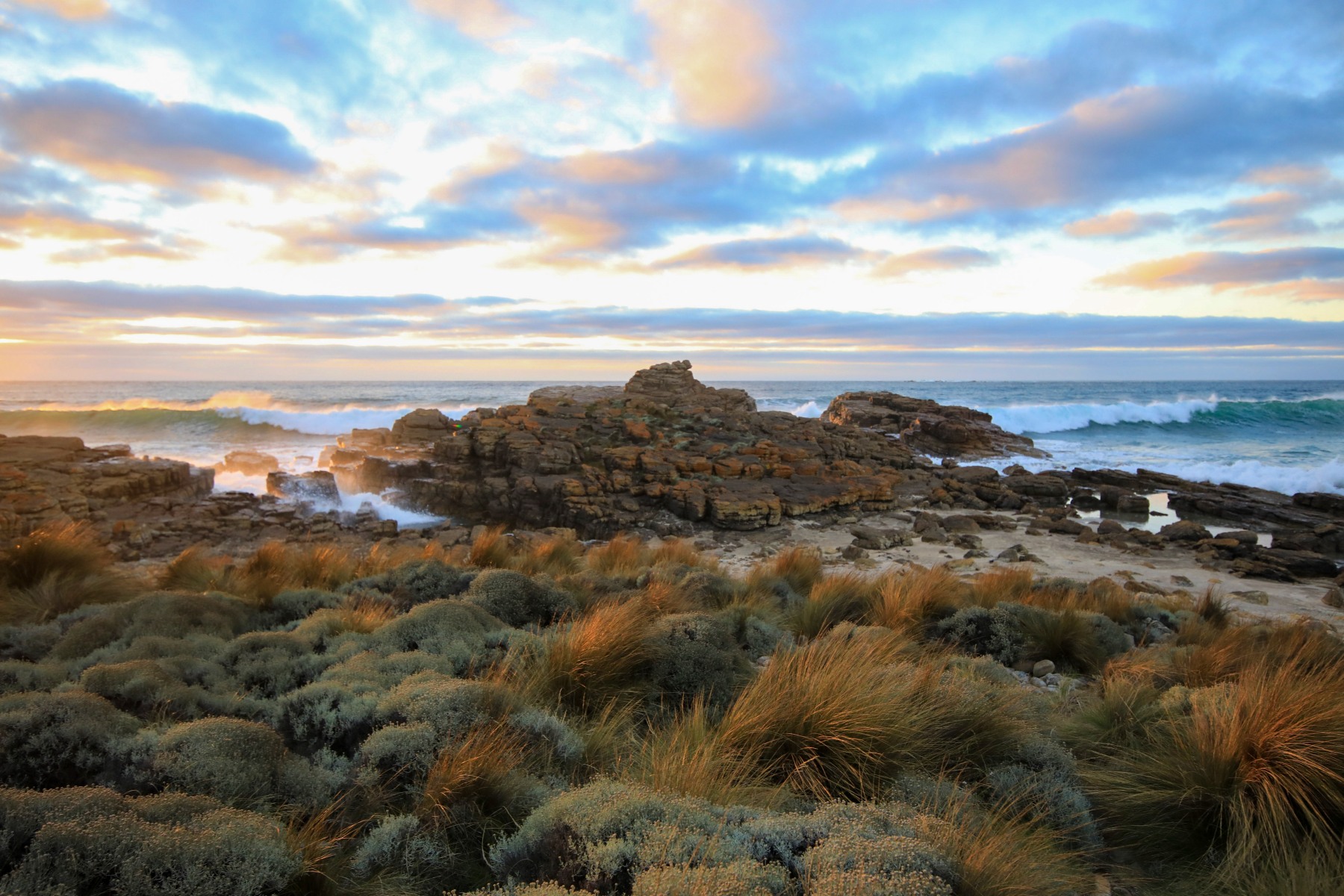 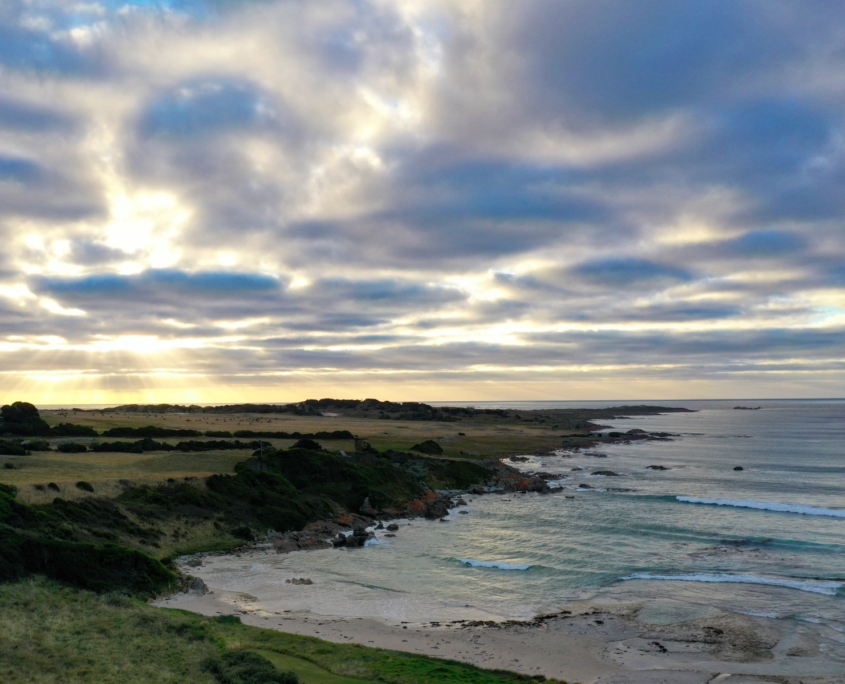 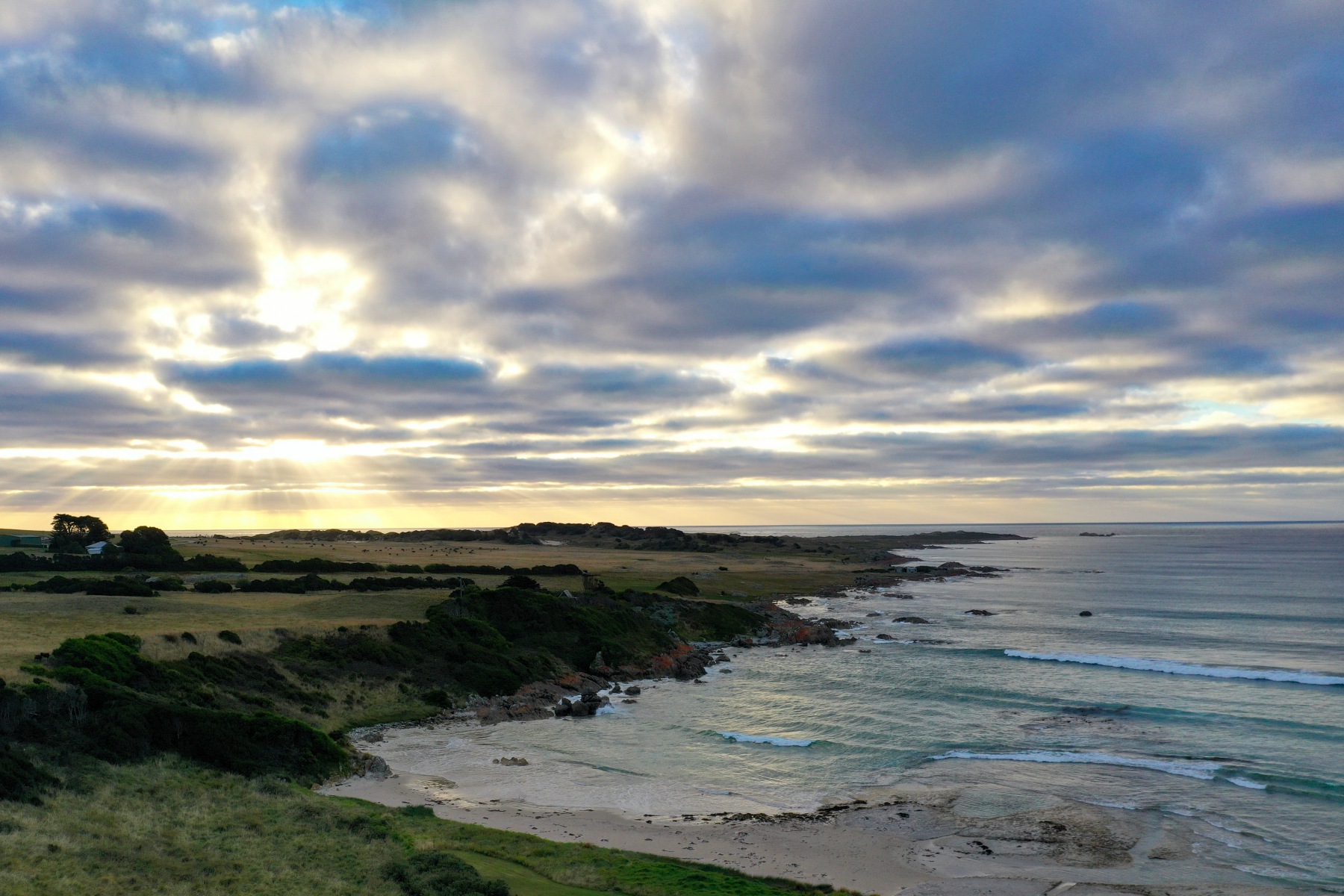 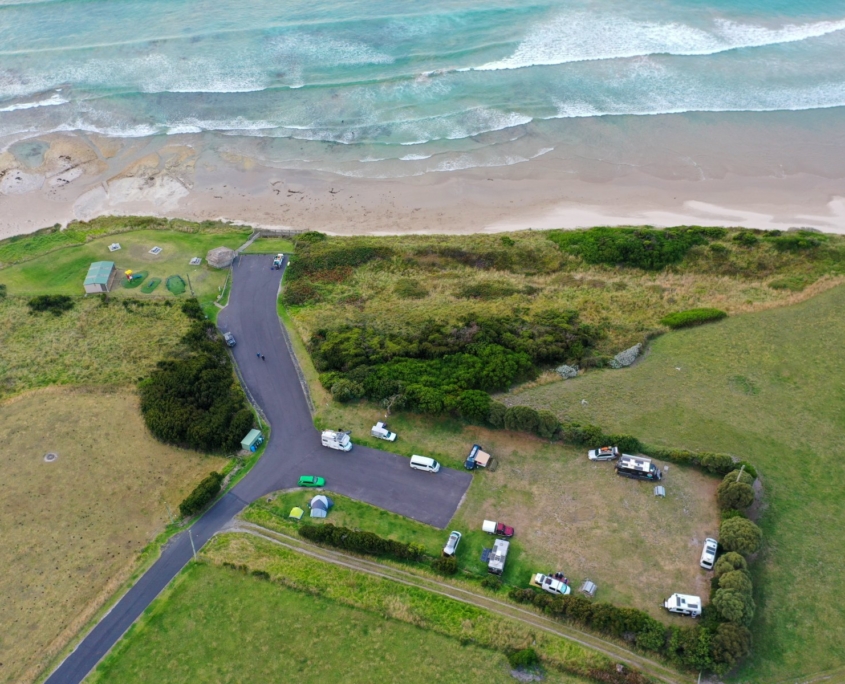 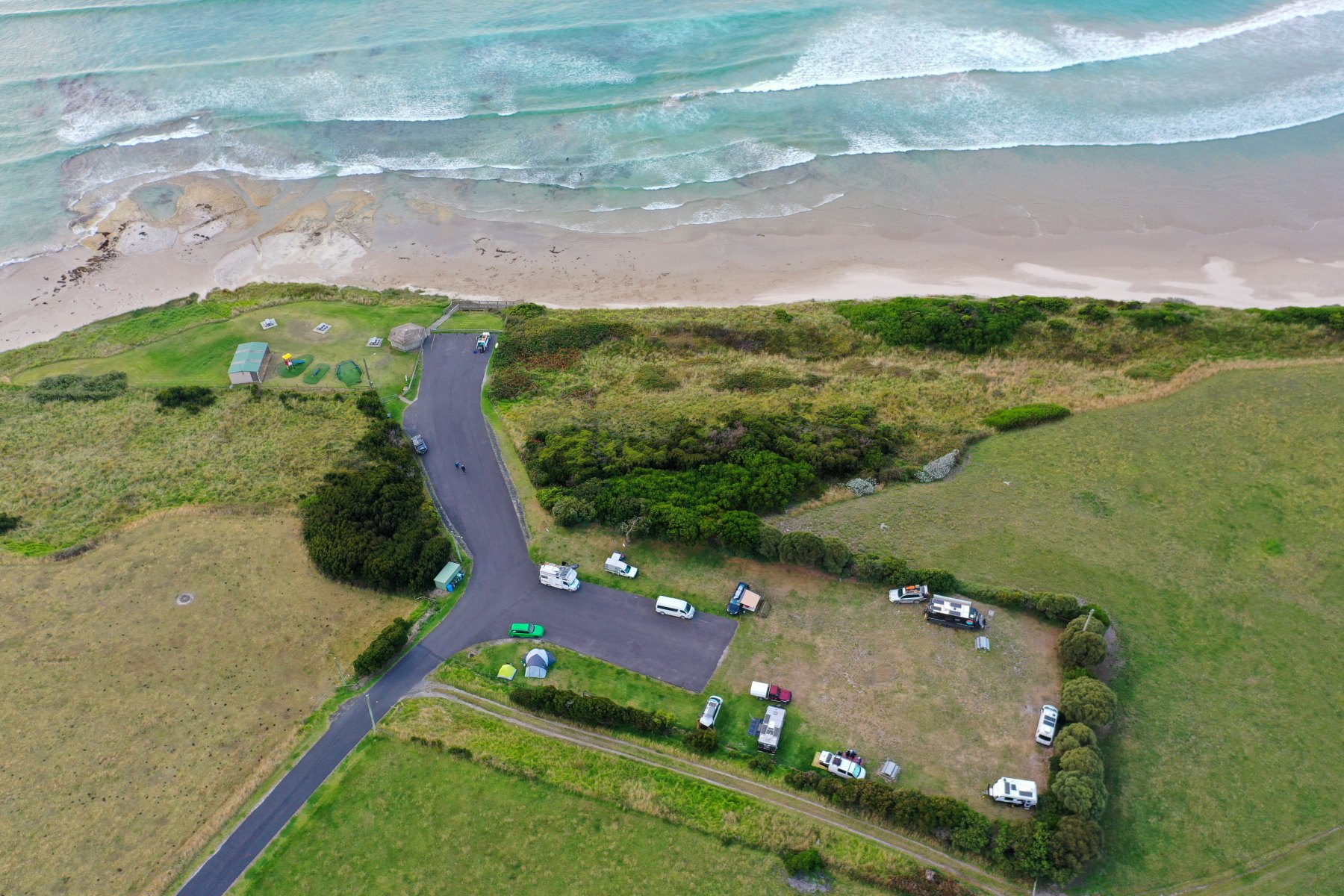 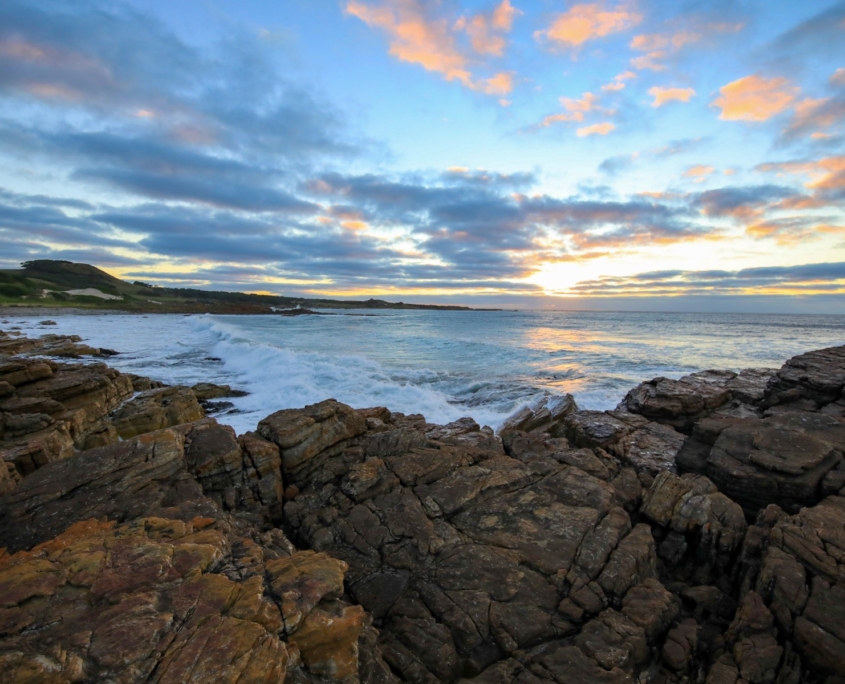 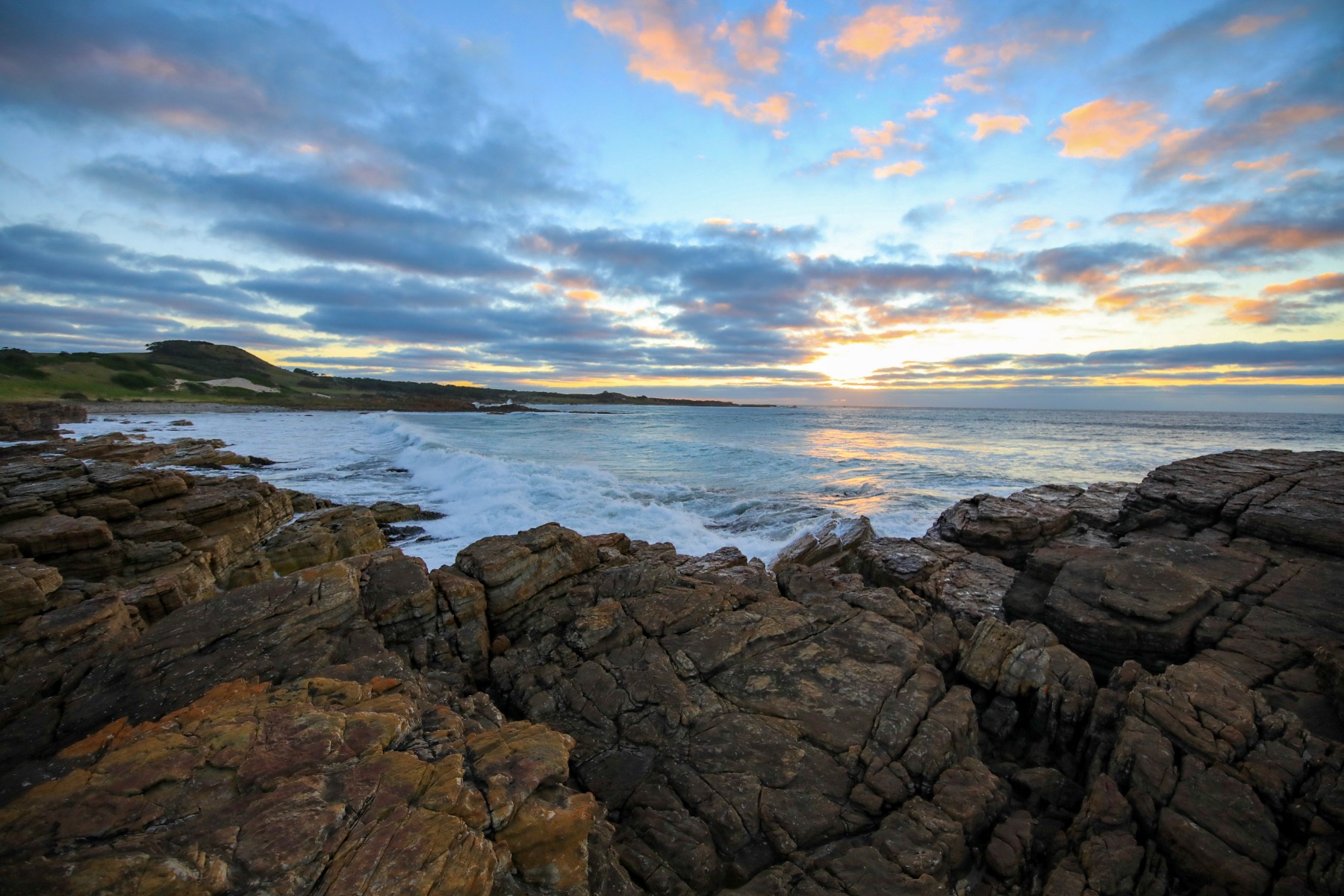 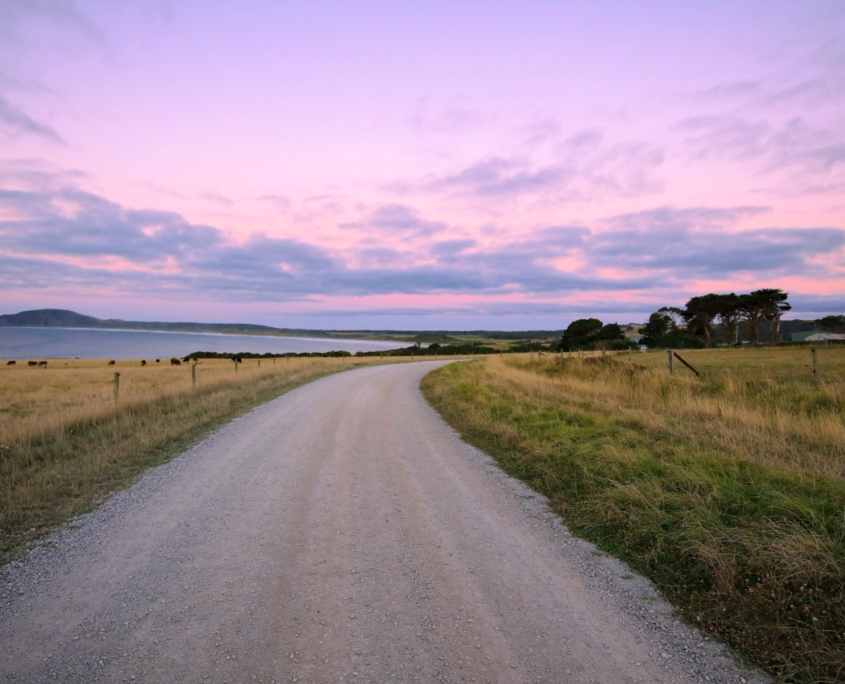 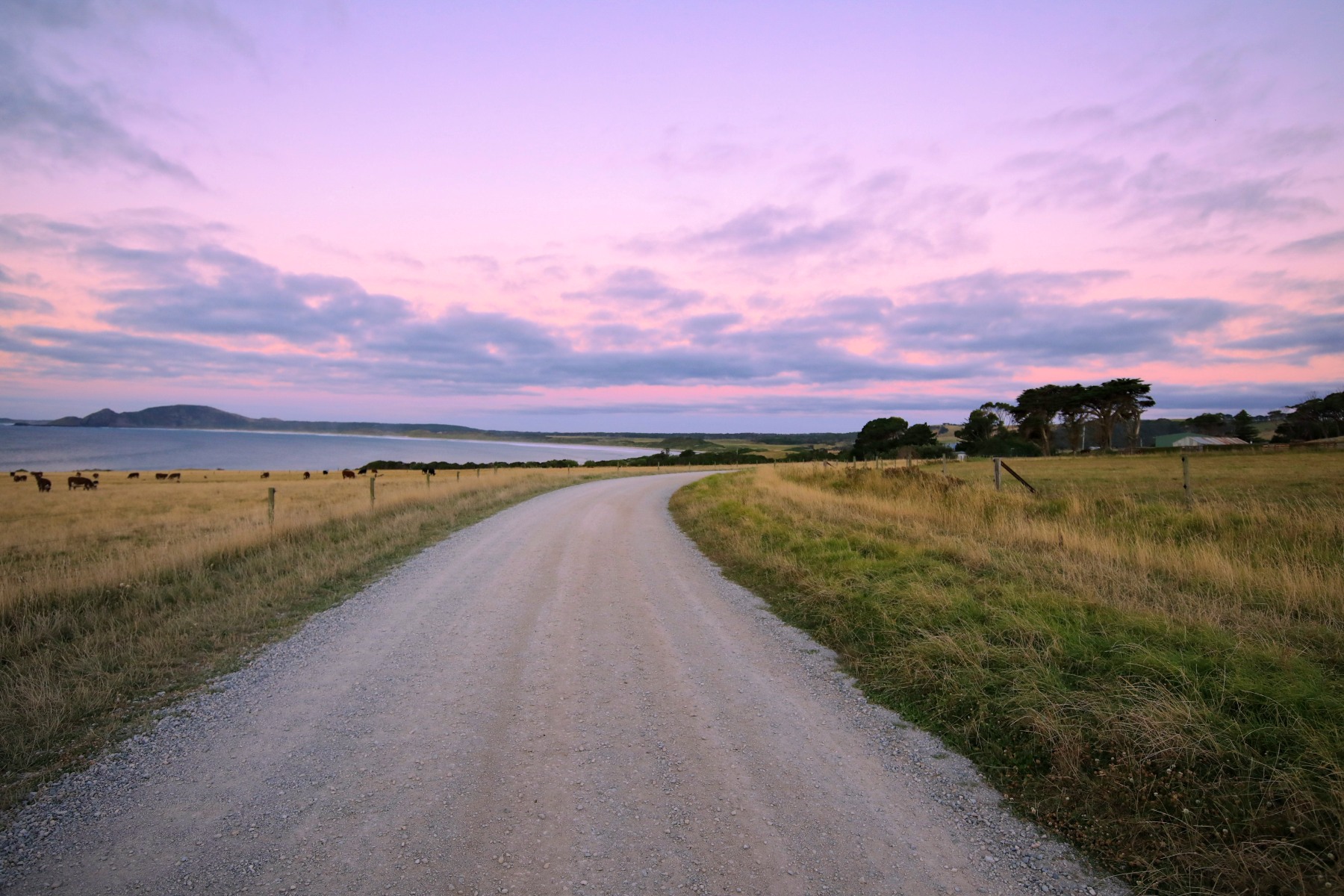 We stayed at Marrawah Green Point Campground for a few nights over our daughter’s weekend birthday. It’s a well-known surfing beach, so it seemed only fitting that we gave our daughter a surf board for her birthday.

The camp ground was small and quite unusual. It was right on the beach with a park area and little tables around. It had 4-5 locations where you could park on a flat area. We decided to park our van right on top of the hill, which was a little bit sketchy because it was a big van. We put the stabilisers down along with some rocks to ensure we were stable and level.

It was hard to get a good level up the top with the van, and you would need an off-road van to get up there. Big rigs and buses would not be able to get up the top, and could only fit down the bottom on the flat area if there were no other campers.

There was no water available except the water available down at the beach for the surfers. You could use it but I believe it was bore water, so you would need to boil it before using. There was also rubbish collection at the campground which was good.

Keep in mind that quite a few big surf competitions are located in Marrawah, so it might be worth double checking when they’re on before visiting.