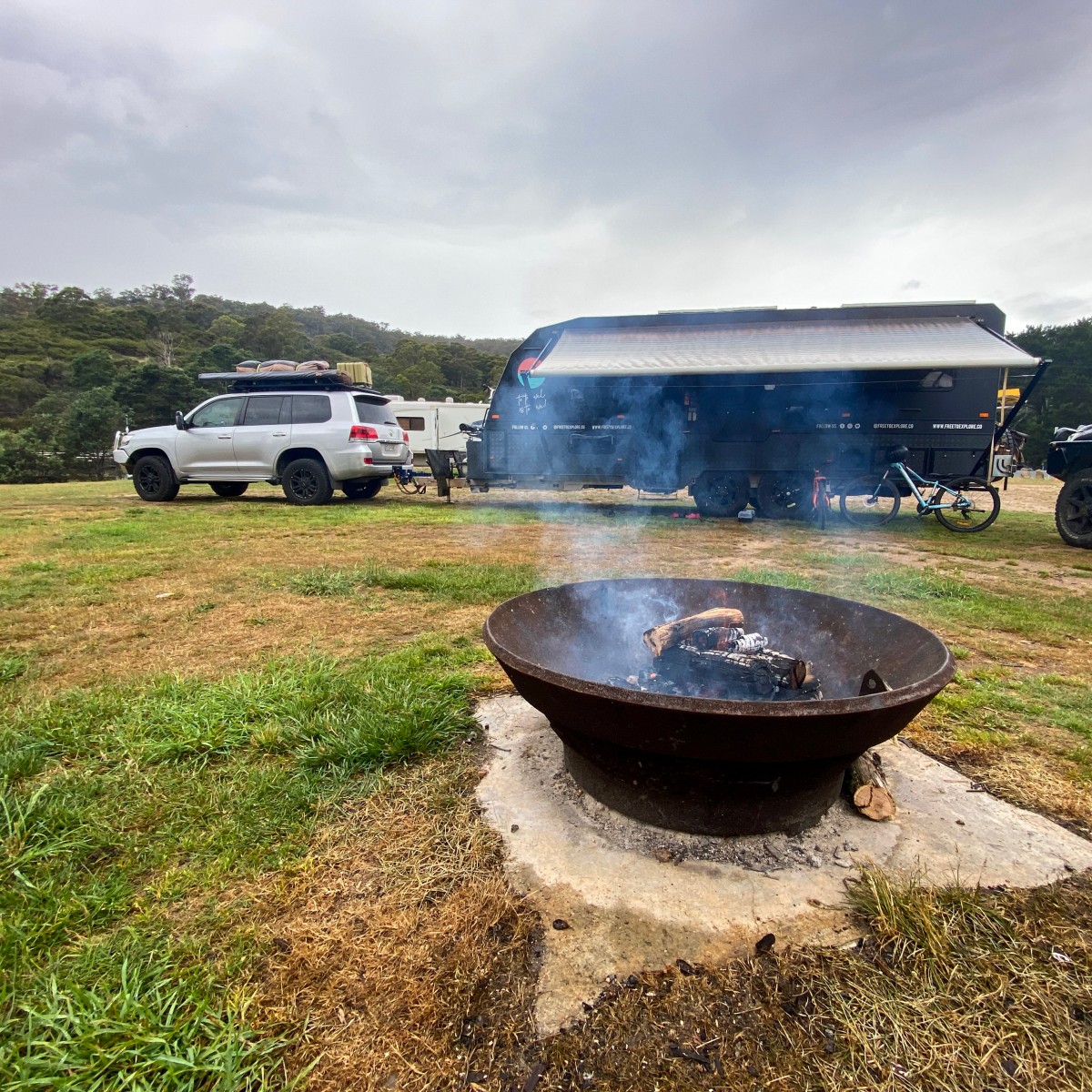 Derby Big Rig Camping Site is a free campground 500m from the town of Derby, in the north-east corner of Tasmania, Australia. This free campsite provides a great spot for mountain bike riders who are wanting to check out the awesome local tracks.

The campground offers no amenities, although makes up for this by allowing campfires and the family dog! It is a gravel area on the banks of the Ringarooma River, and is accessible to RVs, caravans and big rigs.

No speed test completed at this location: 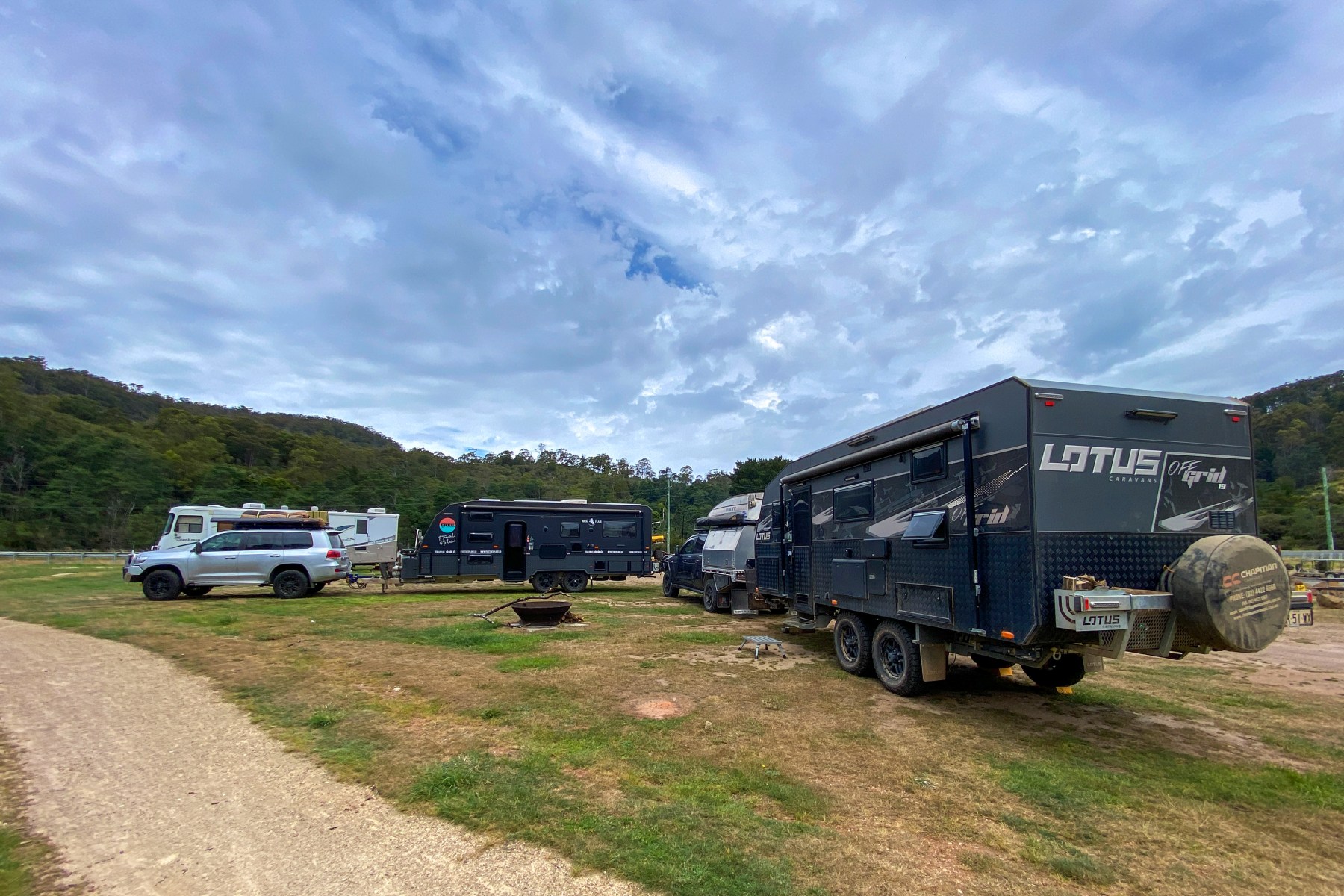 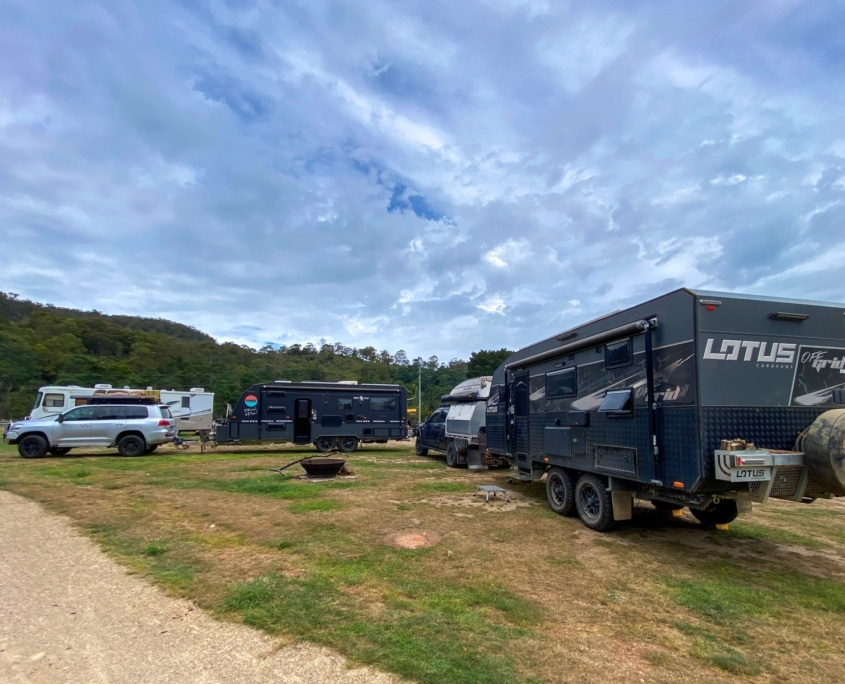 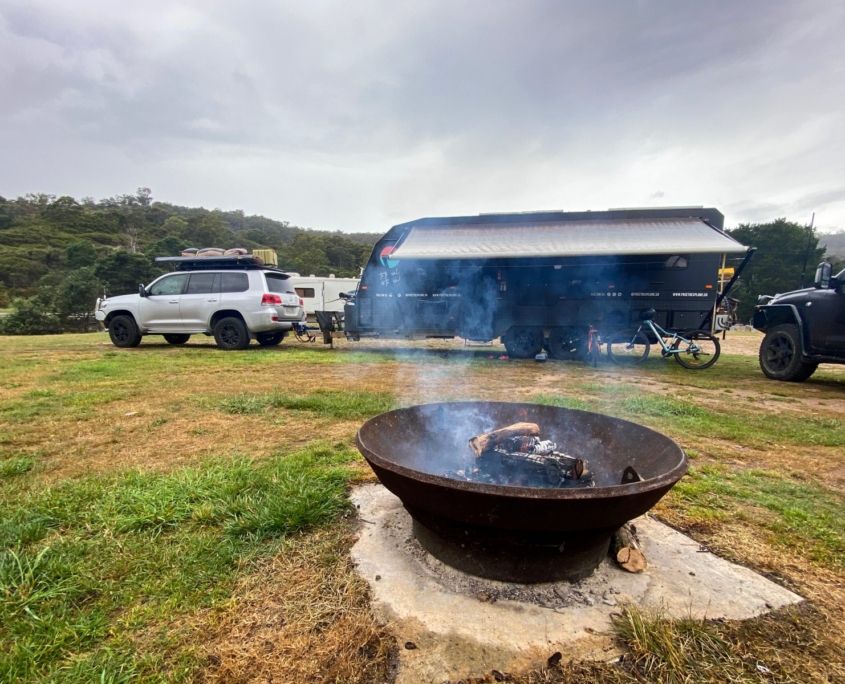 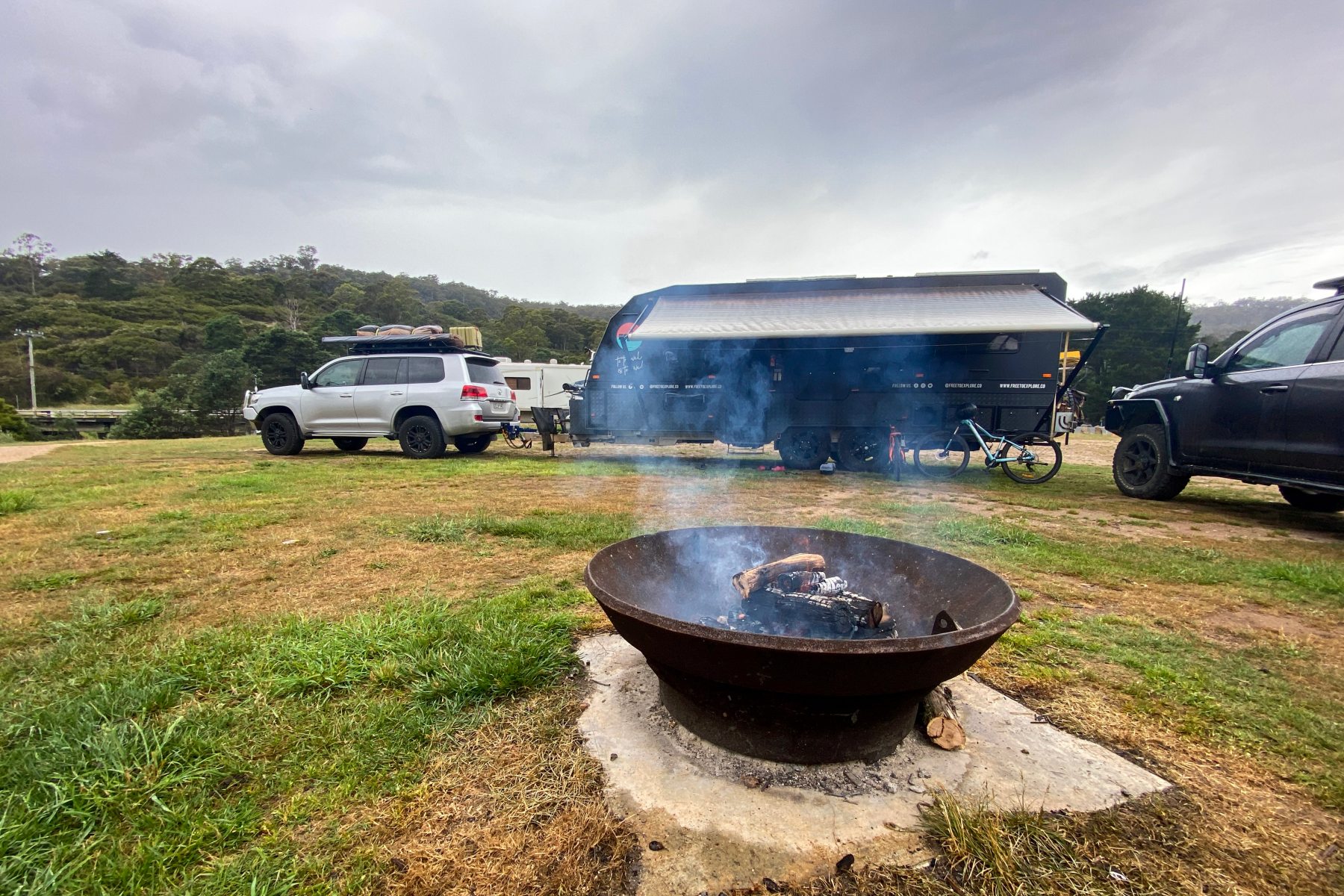 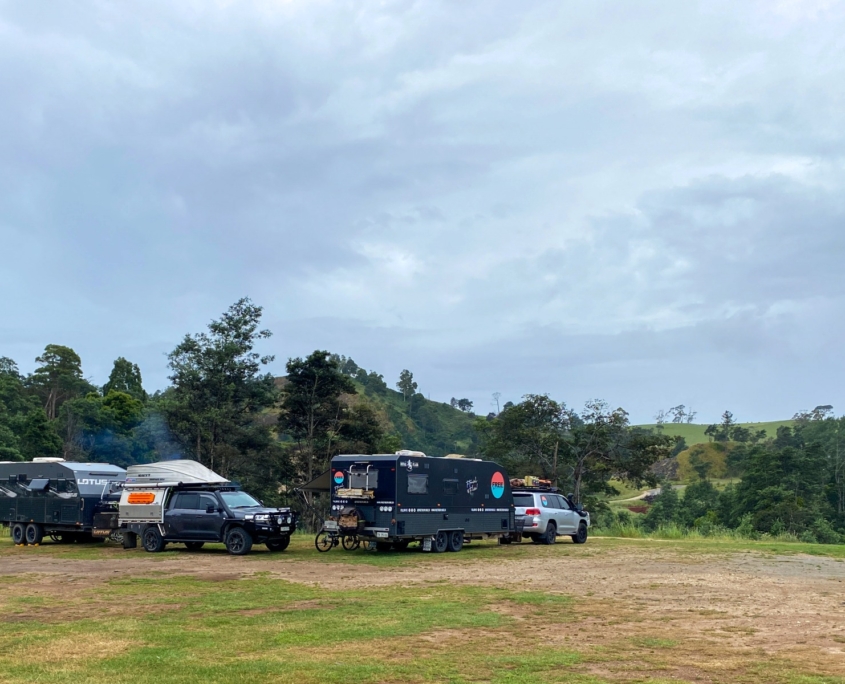 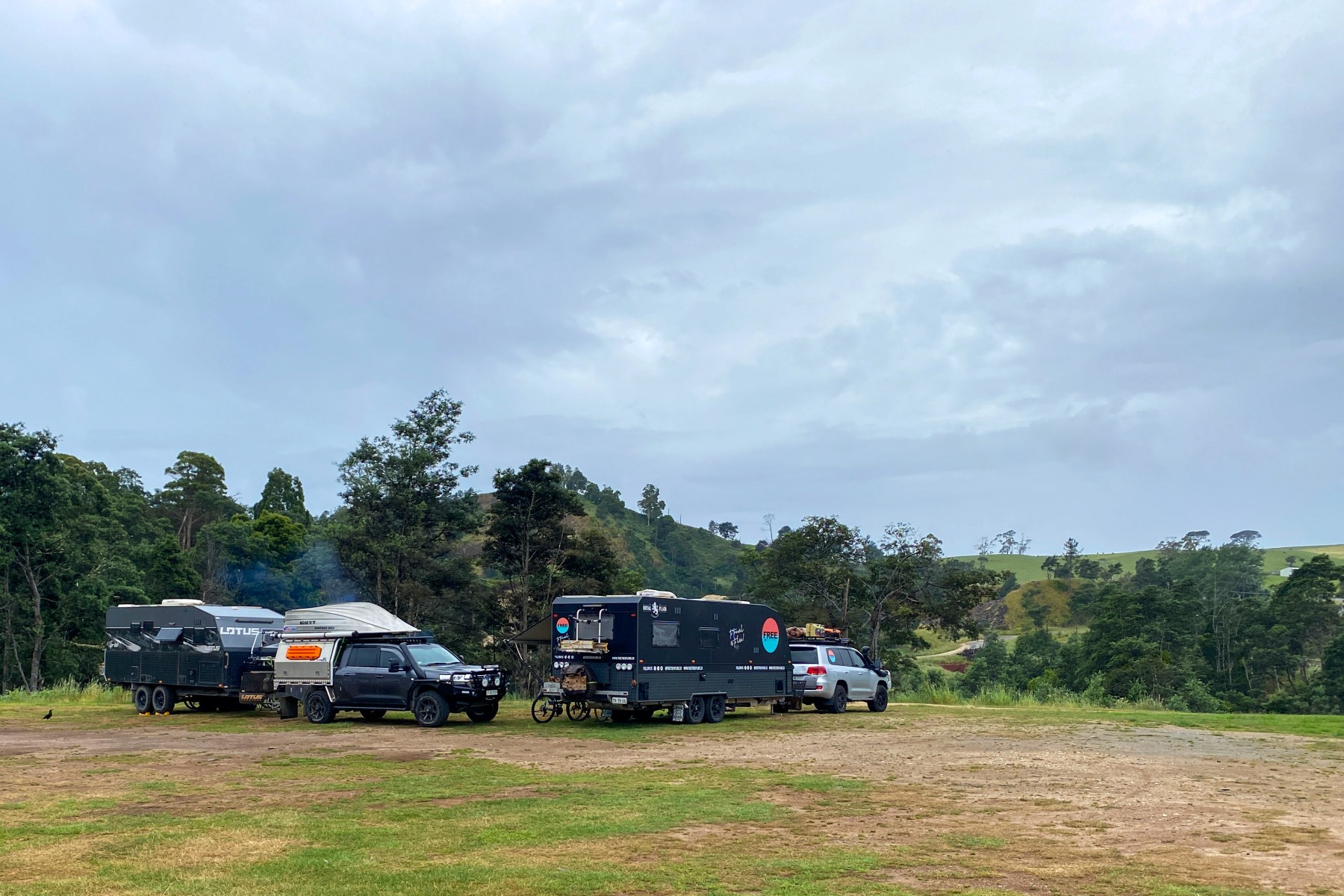 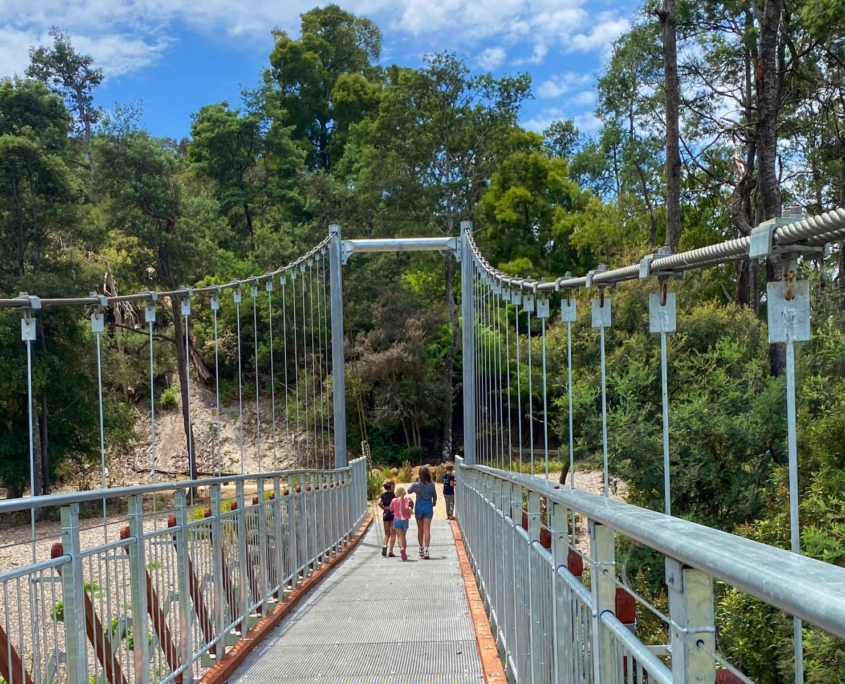 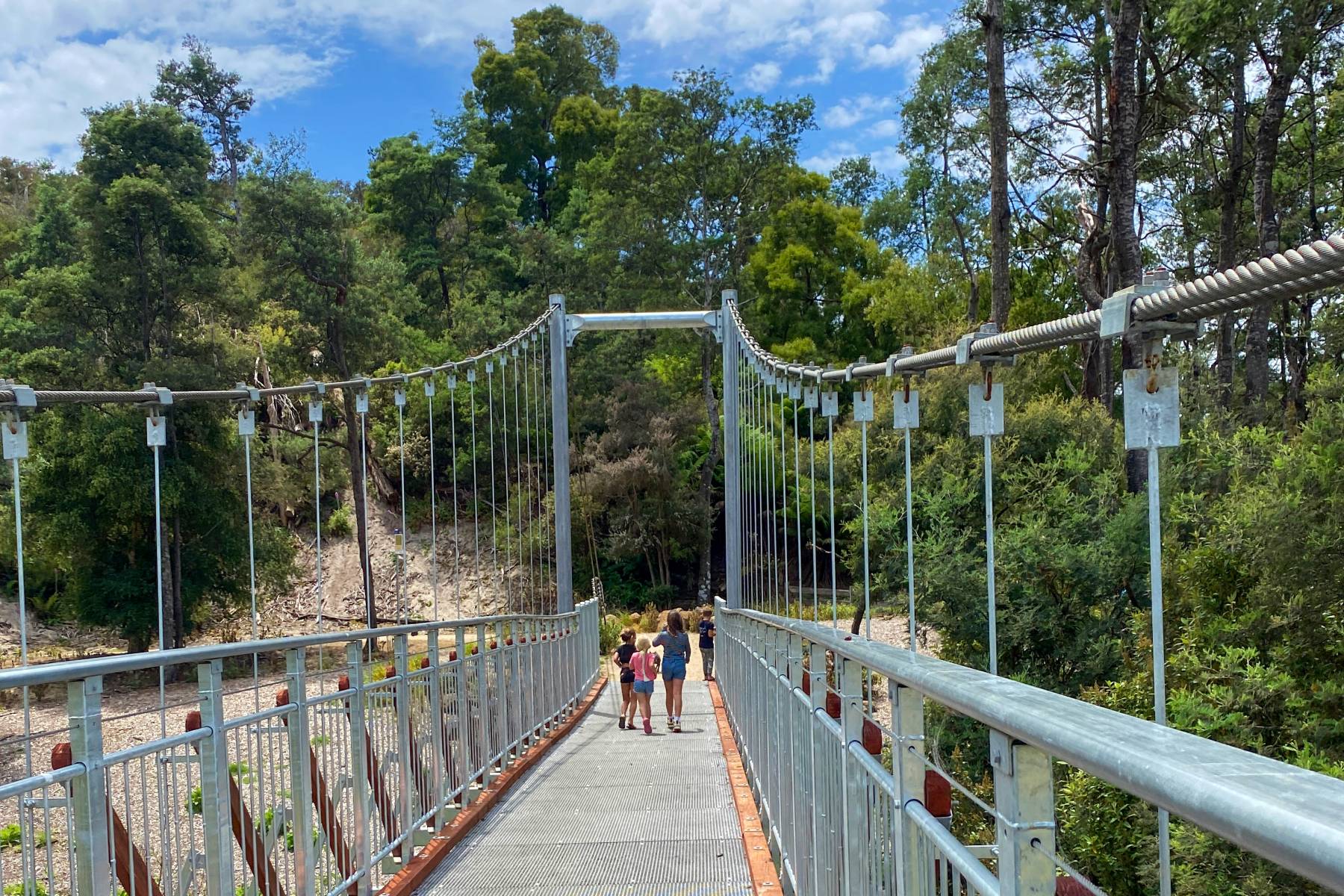 We weren’t going to stay at the Derby Big Rig Camping Site, we simply stopped in to check it out because friends suggested it. It was wet when we arrived and we didn’t think much of it, but then found out about the mountain bike tracks so decided to give it a go for one night. One night eventually turned into two nights… and we had the best time!

The campground was free, and had been established by the local town in a bid to attract more people to the area. It was only 500m from town, and we basically had the place to ourselves (apart from one guy who was rarely at his campsite). It was a gravel area beside the creek with no toilets or showers, although there were toilets a short drive away in town. We set up a campfire overlooking the creek which was really nice.

There were also good trout fishing spots along the creeks, and a sauna on Lake Derby where you could have a spot of fishing, relax in the sauna and then jump straight into the lake – brrr!

Be sure to check out the couple of nice eating places nearby too, including the pizza and beer spot which we loved!