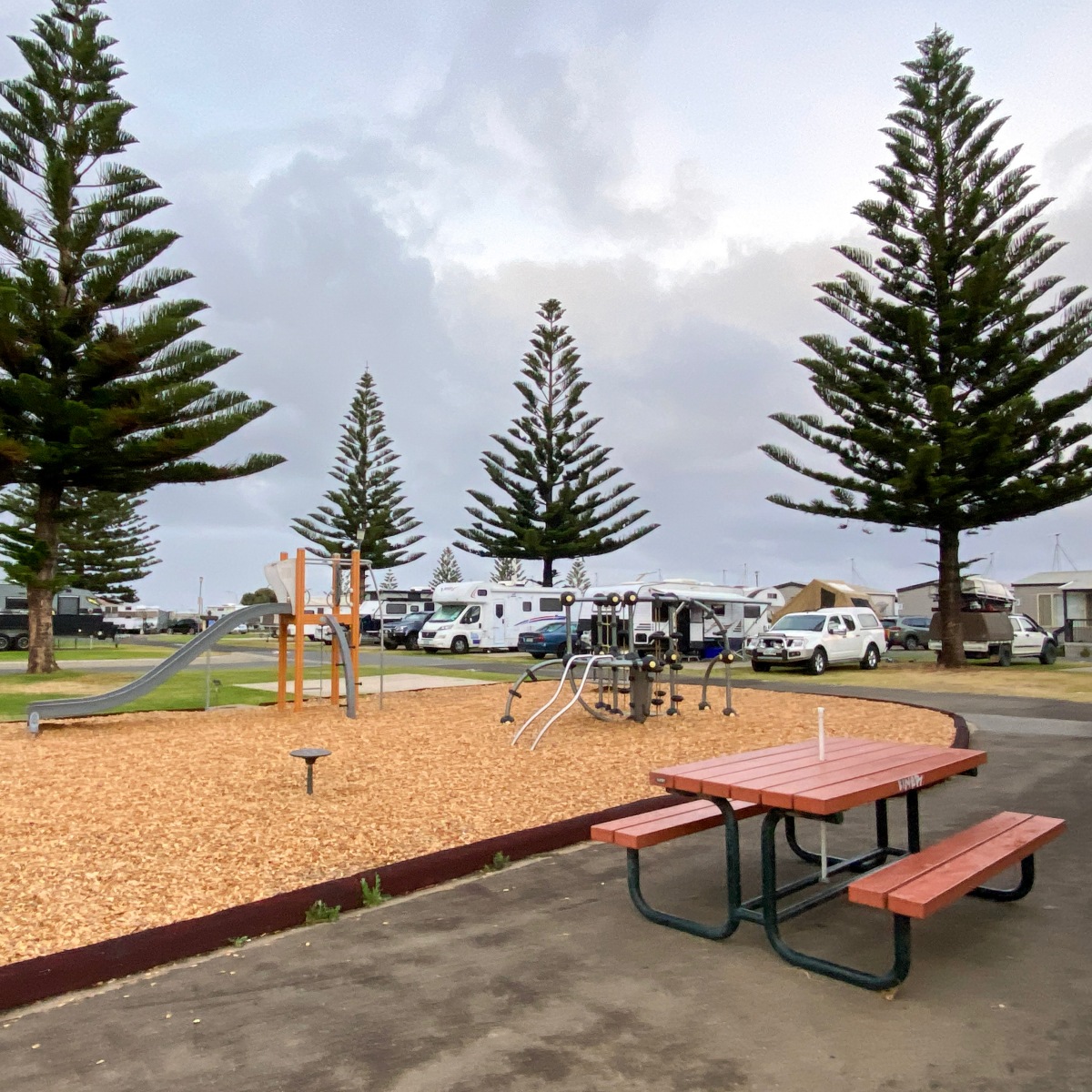 Christies Beach Tourist Park is a pretty little spot right on the beachfront at 39 Sydney Crescent, Christies Beach in South Australia. Just 40 minutes south-west of Adelaide, this spot is bursting with things to do, from exploring local beaches, wineries and cafes, to taking in the landscape by foot or on a bike.

The tourist park has a range of accommodation options from a variety of villas, to powered camping sites available either on grass or cement slab.

No speed test completed at this location: 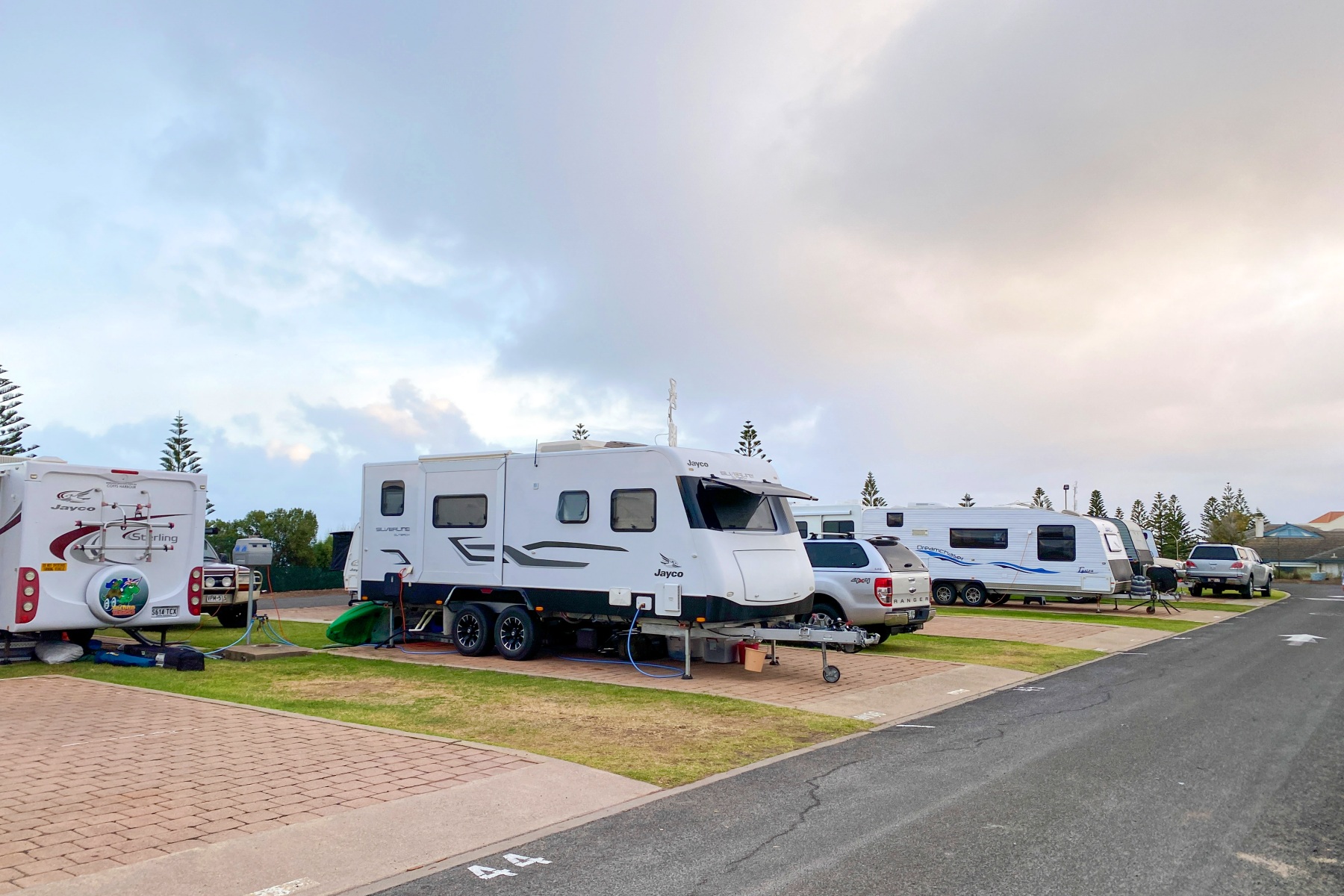 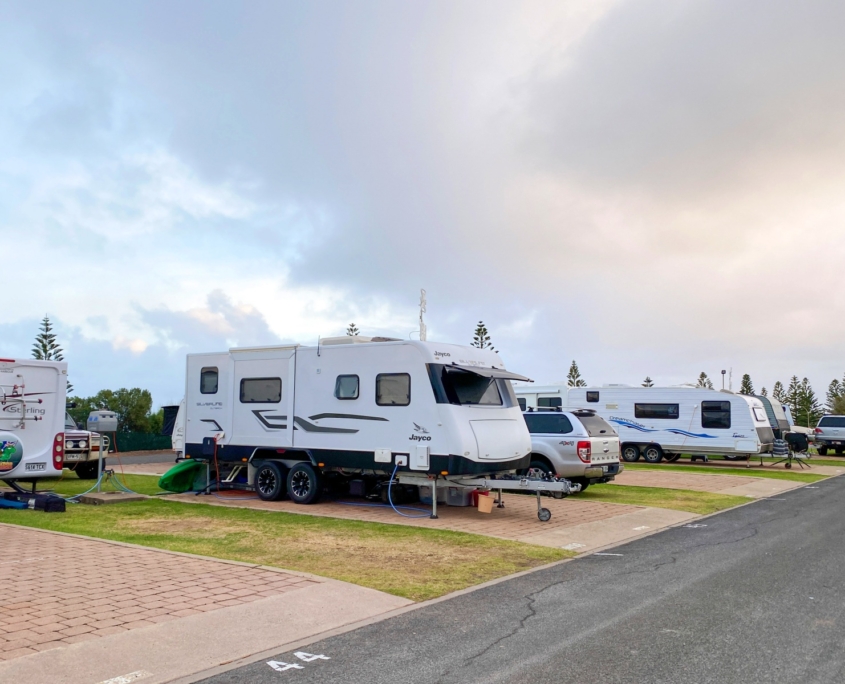 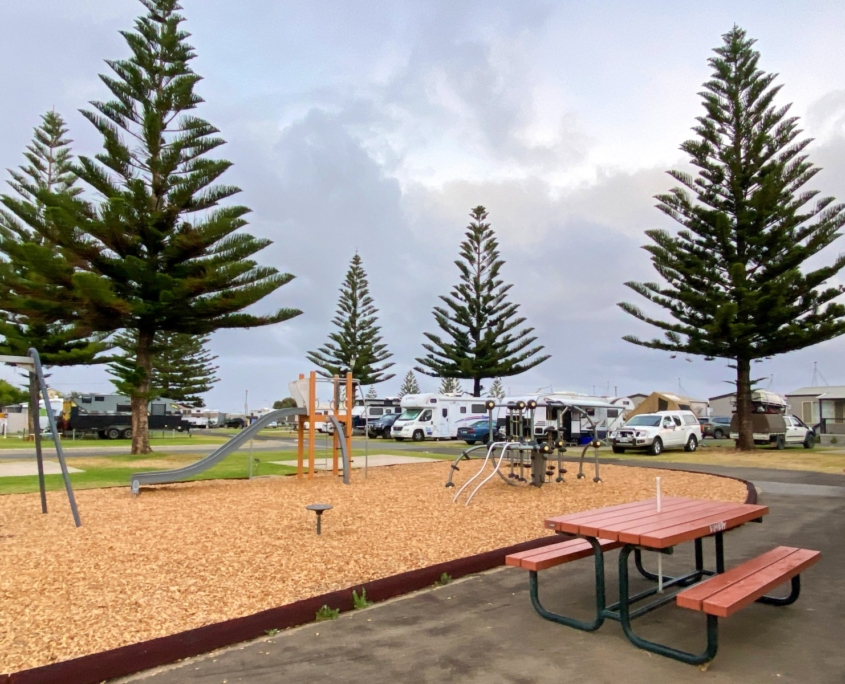 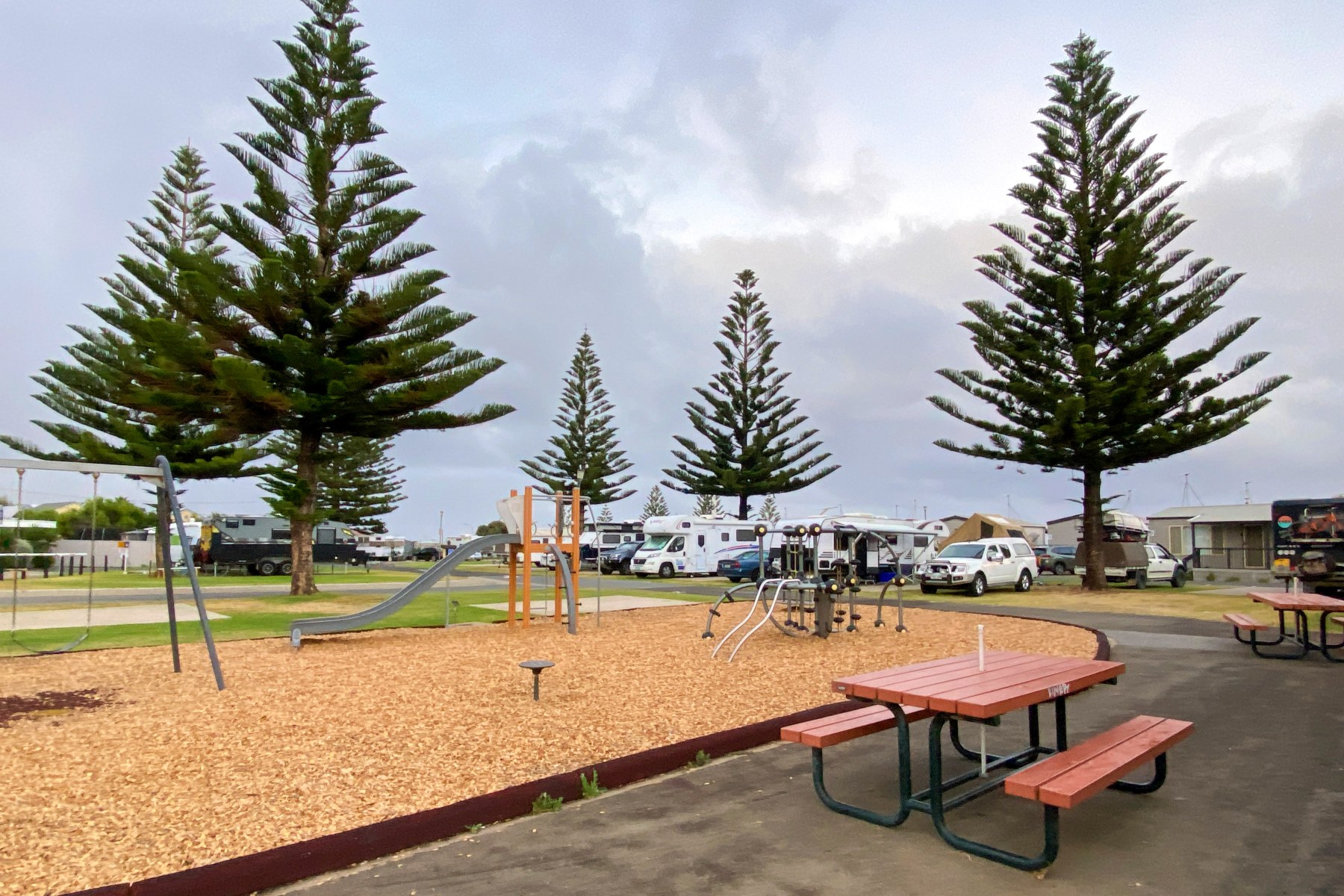 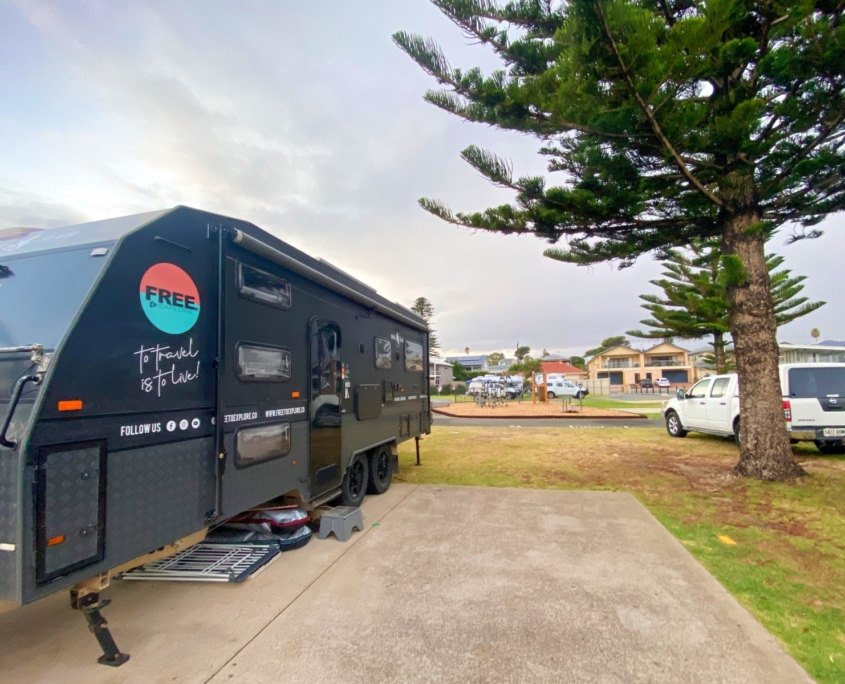 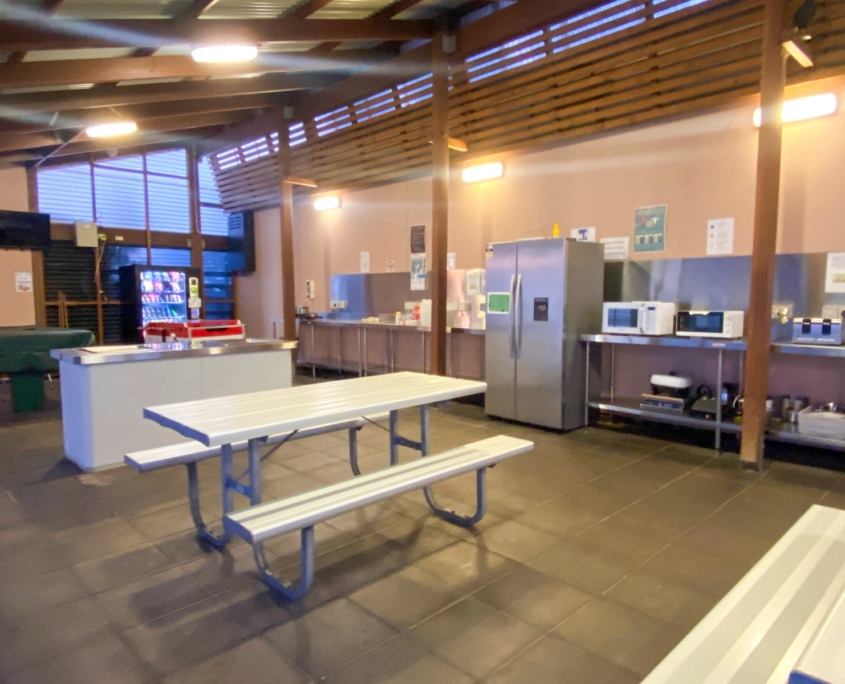 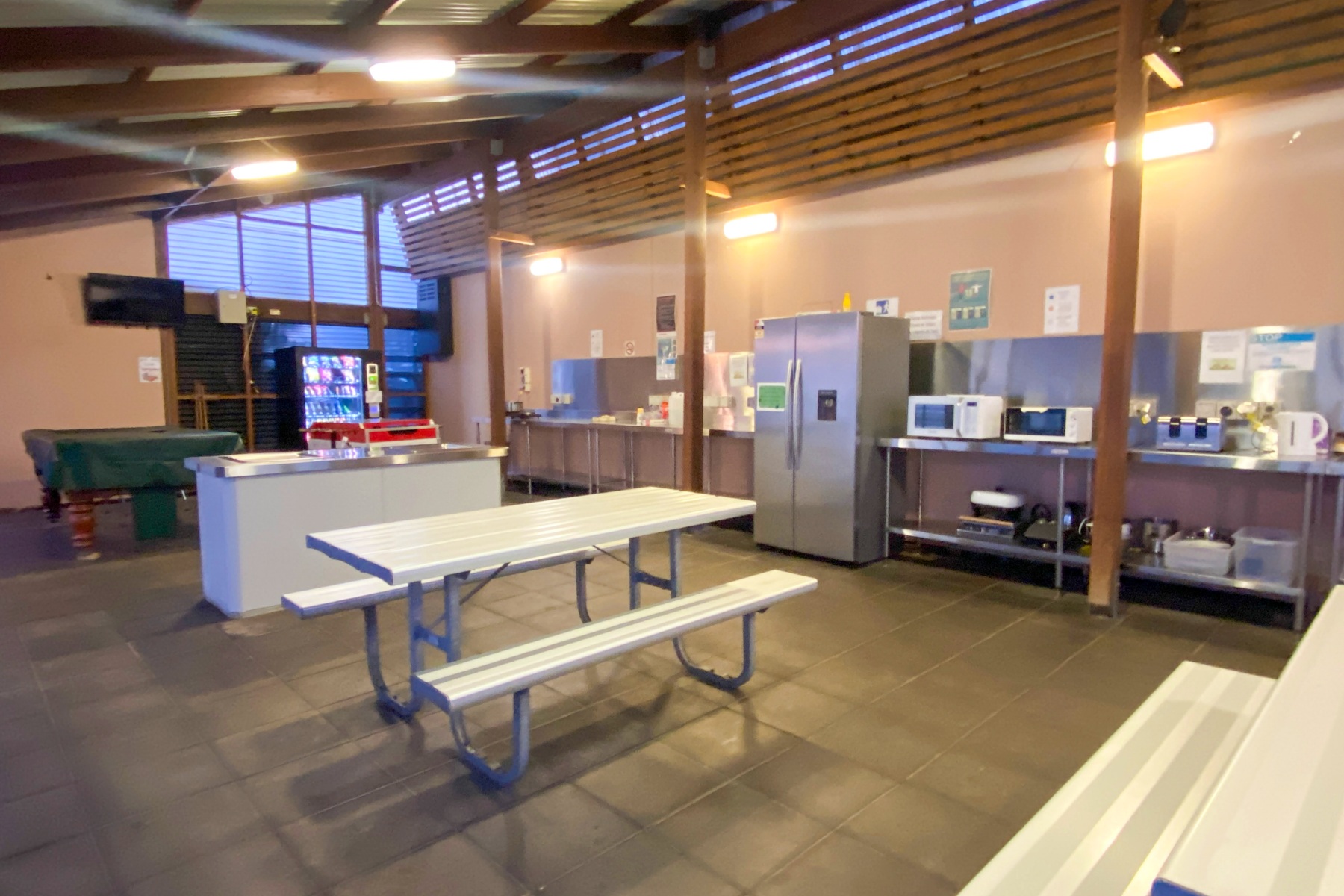 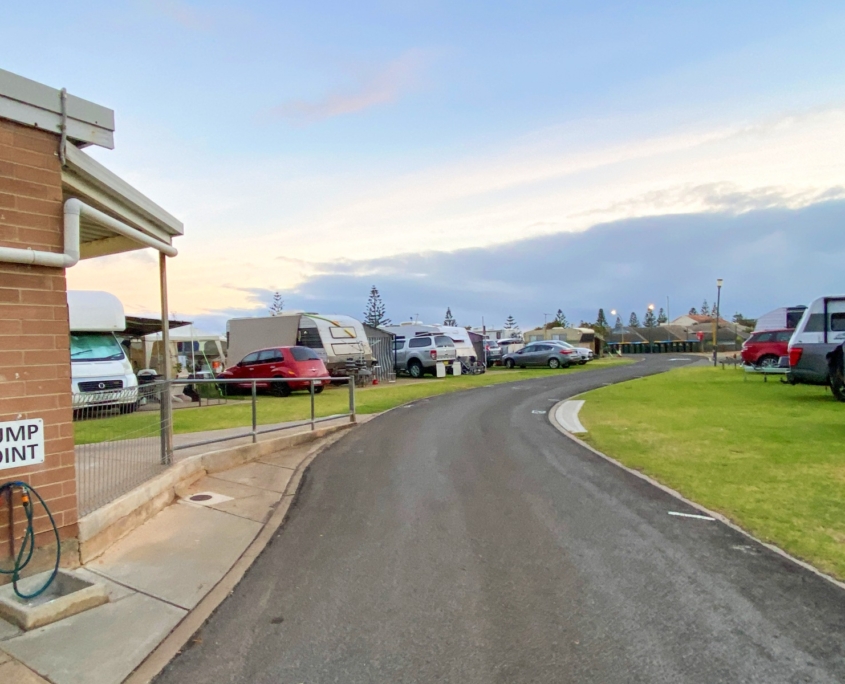 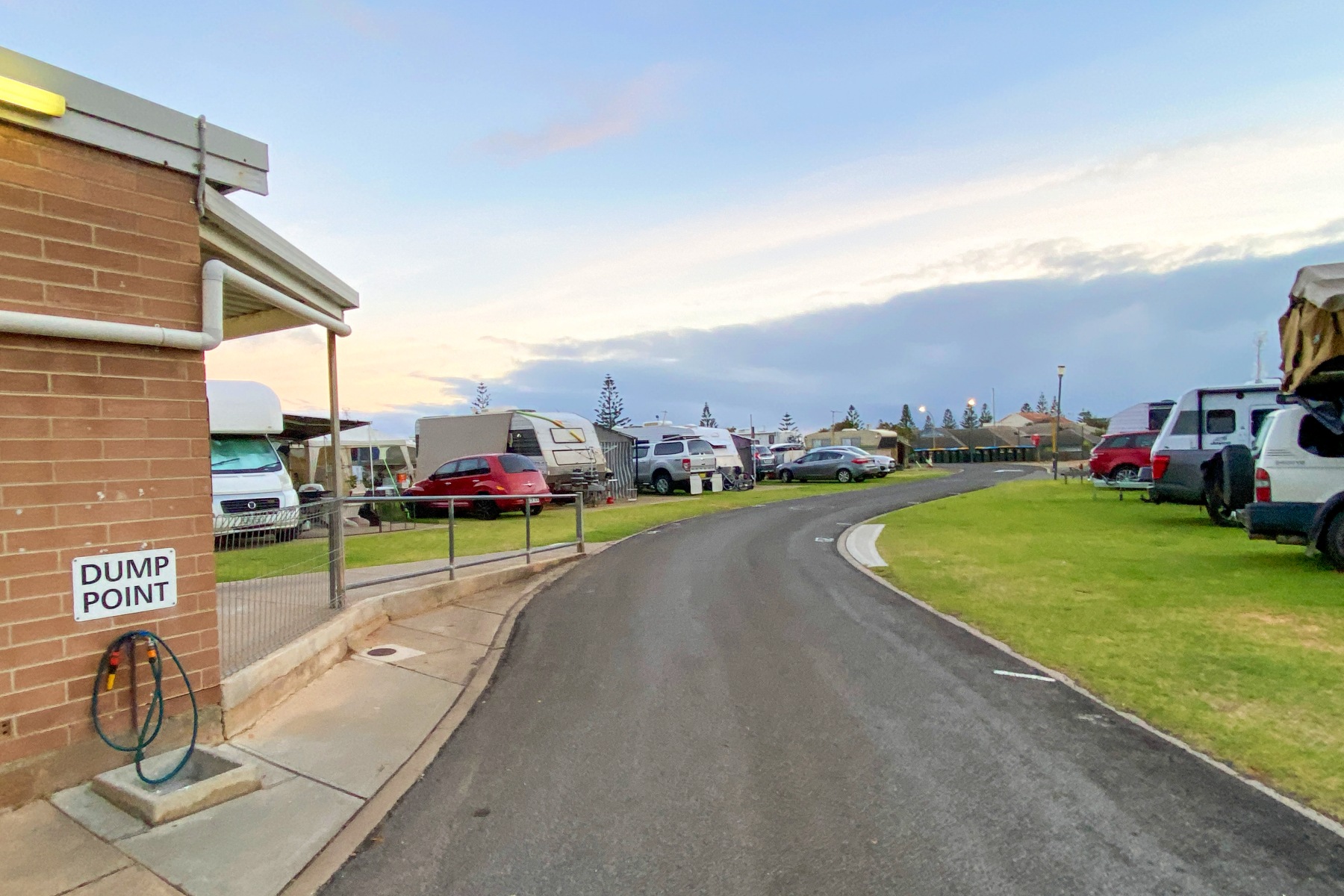 Christies Beach Tourist Park was a good little spot right on the beachfront at Christies Beach in SA. There was both power and water available, and we stayed here two nights.

This tourist park had key codes to get through the boom gate, access the men’s toilets, and a different one again for the women’s amenities. There was a lot of different codes which was a bit annoying, but it seemed to be an effective way to keep the park clean and tidy.

The site sizes in the park were varied, but did feel a little on the small side. We ended up having to take up a site and then some (a smaller tent site) as we didn’t fit on our site. We told them and they just blocked out the second site for us so that nobody could use that one, which was lovely.

Dogs were allowed at the park only during certain times of the year, and there were no fires allowed.

All in all it was a good spot to base ourselves so we could explore the area, and there was certainly no shortage of things to do locally.