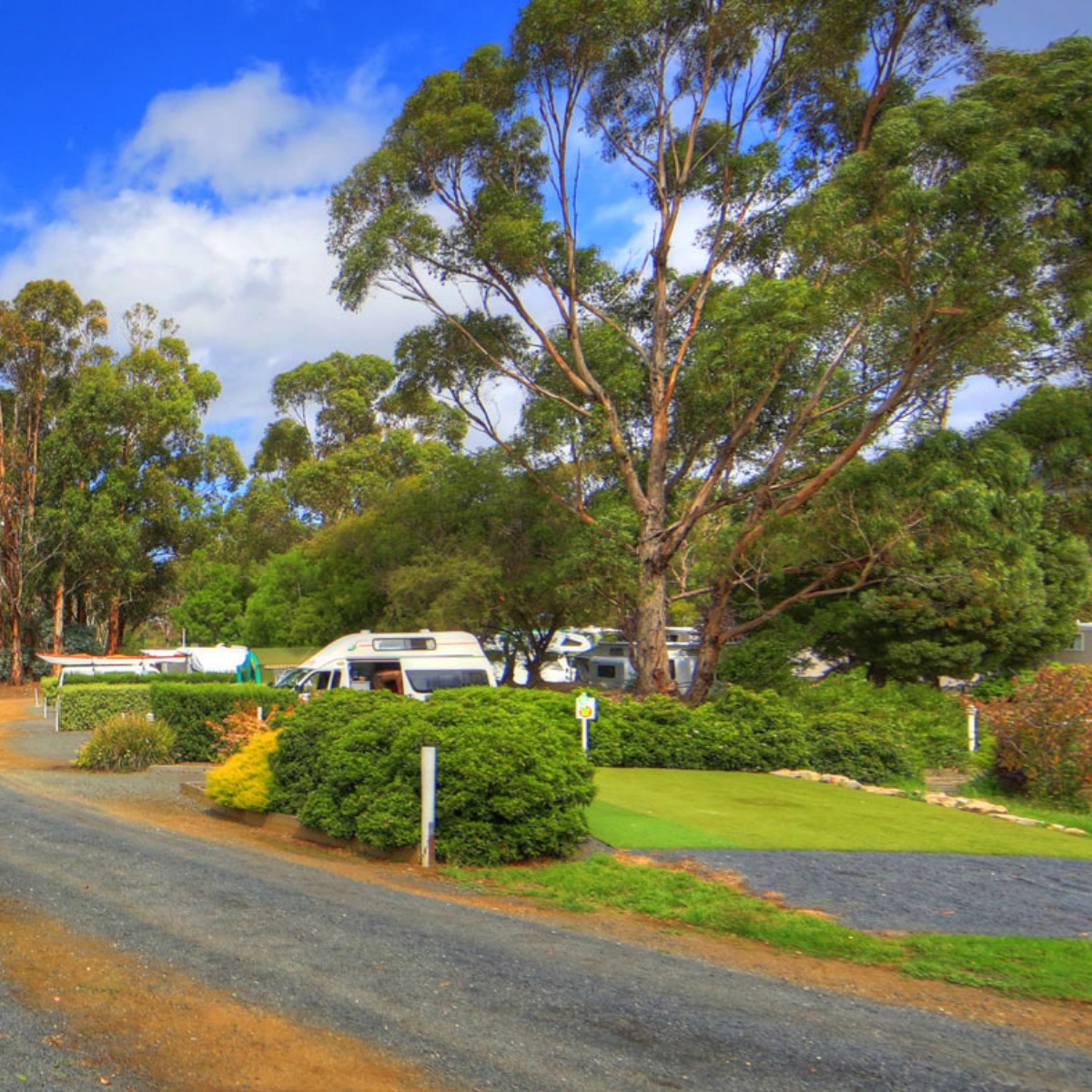 Barilla Holiday Park is a green and leafy campsite 10 minutes east of Hobart. It’s located at 75 Richmond Road in Cambridge, Tasmania. Despite it’s proximity to the city, this holiday park feels rural and removed from the hustle and bustle.

The park offers a range of accomodation options, from cabins to camping grounds – there’s even mini-golf and wood-fired pizzas too! The park is suitable for all campers, with power, water, clean amenities and on-site dump points available. 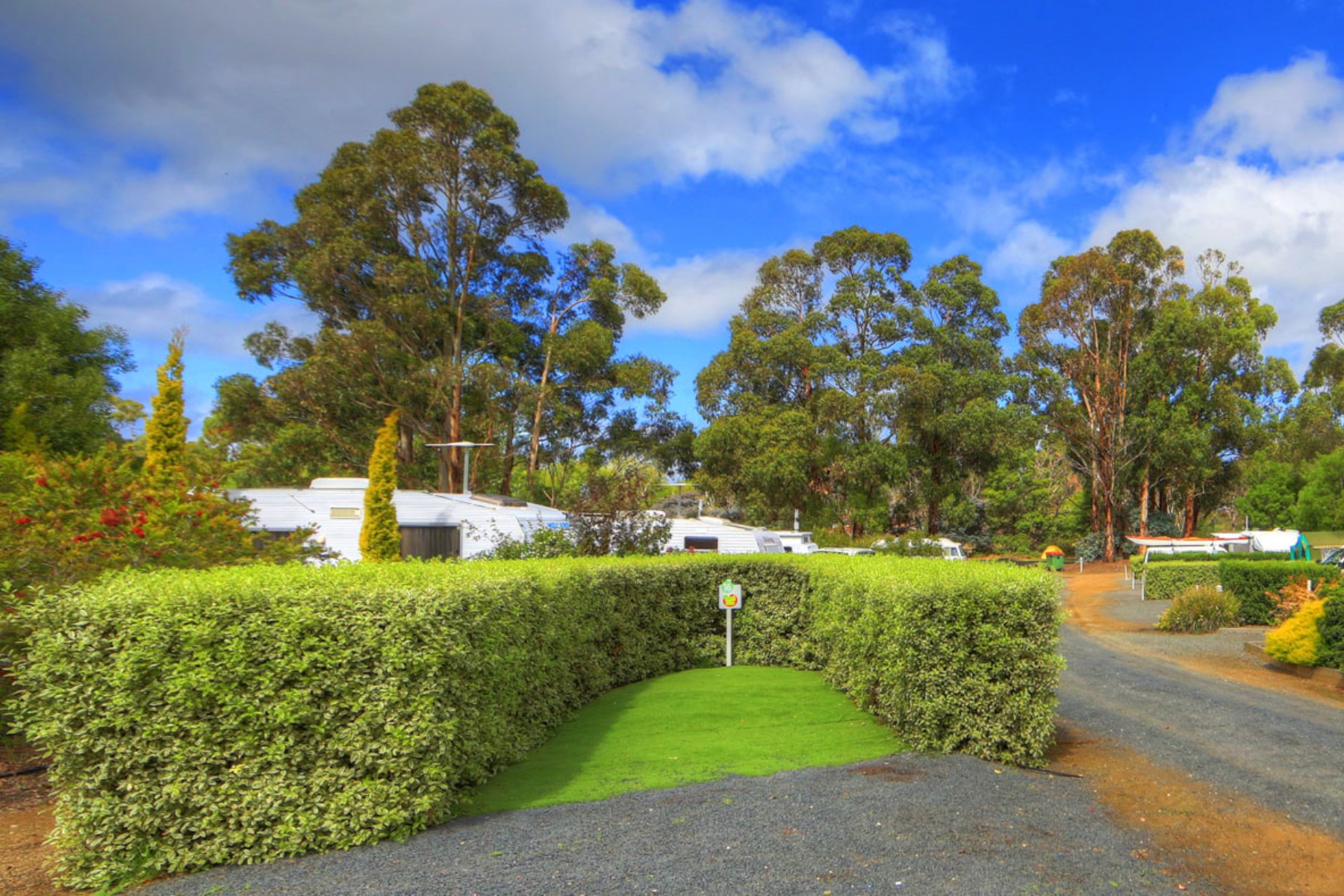 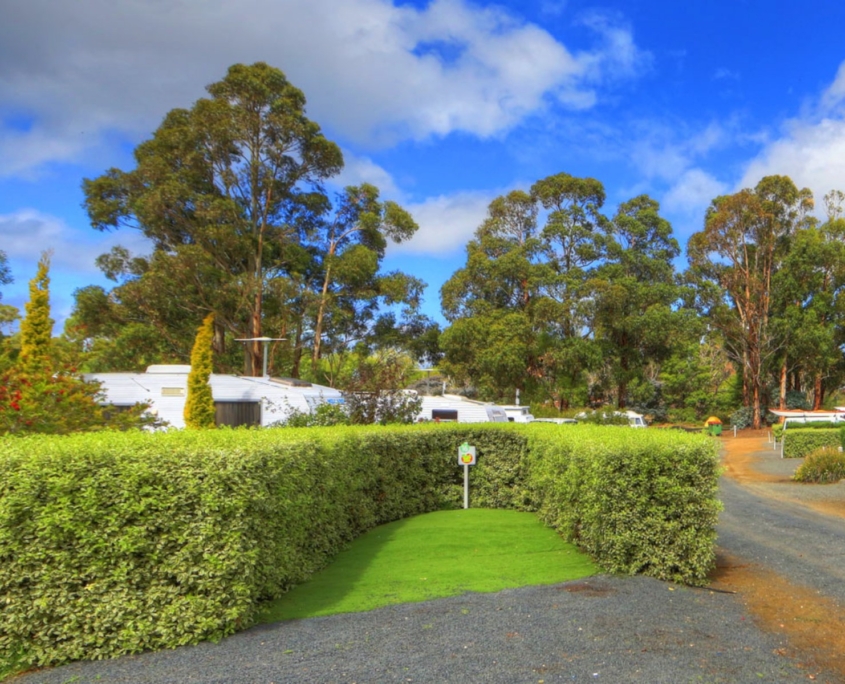 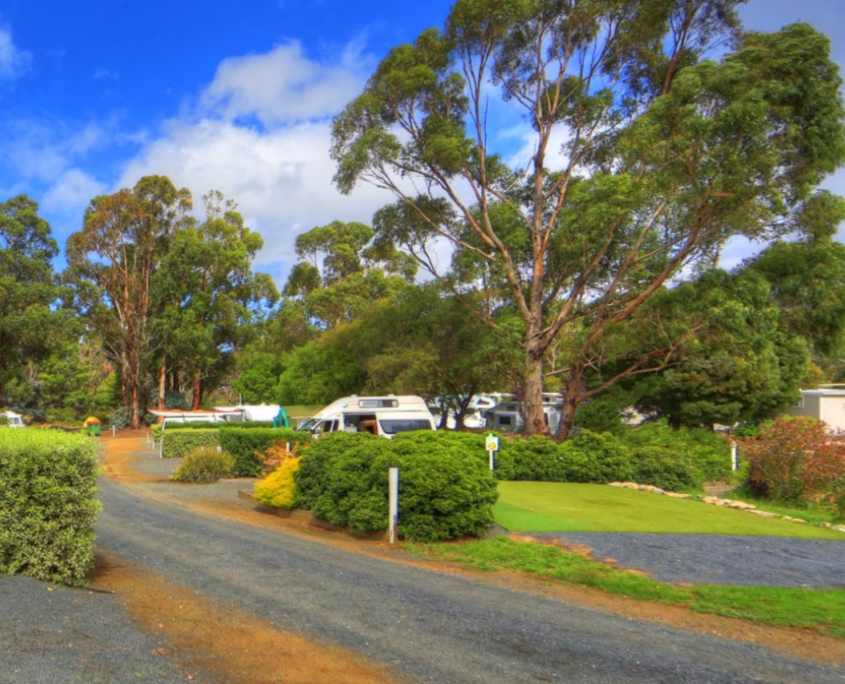 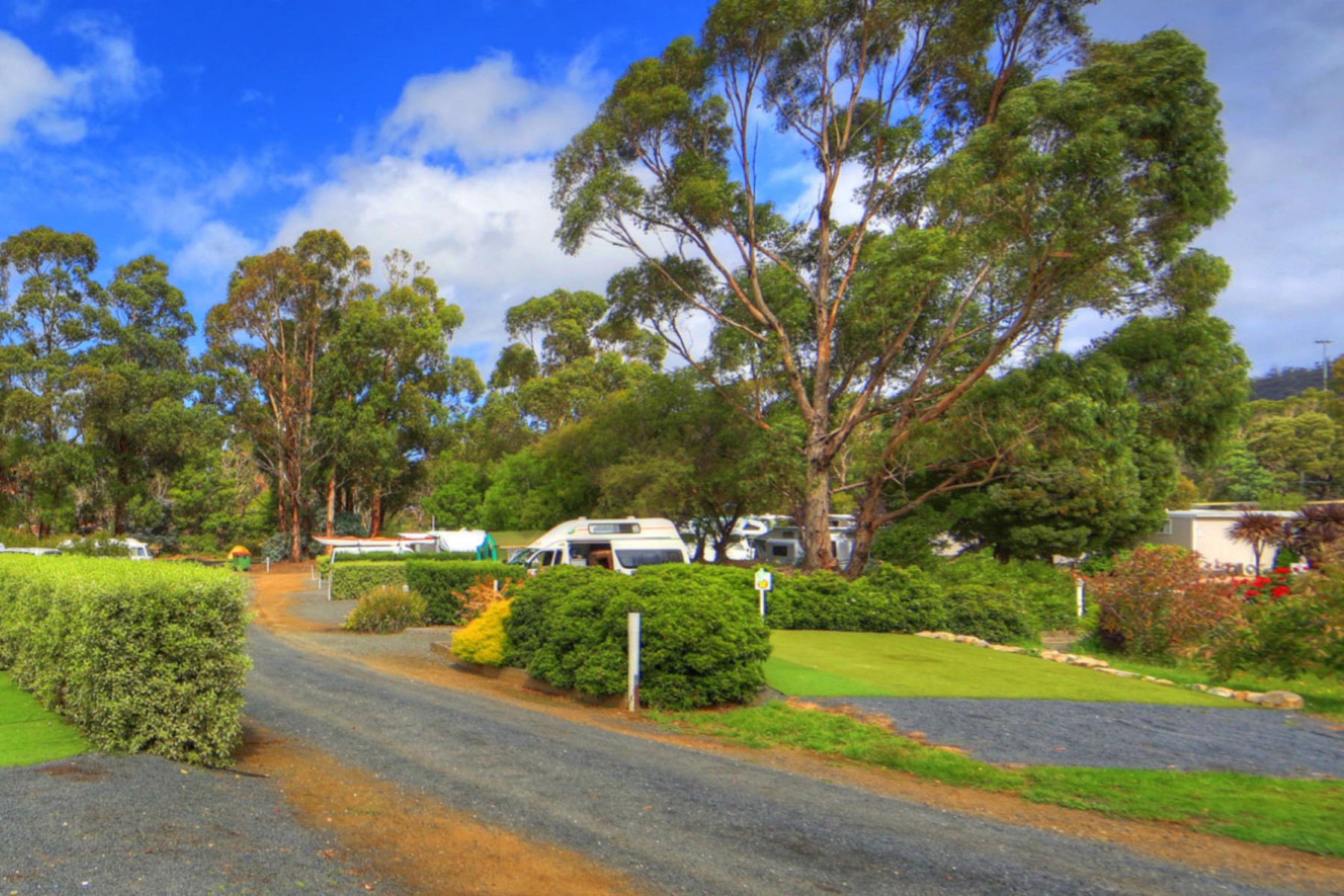 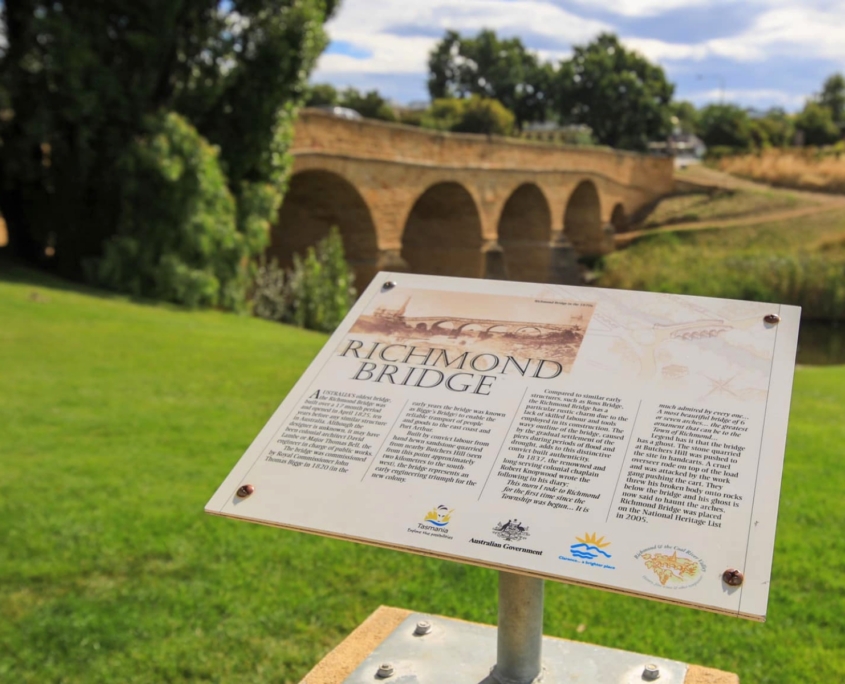 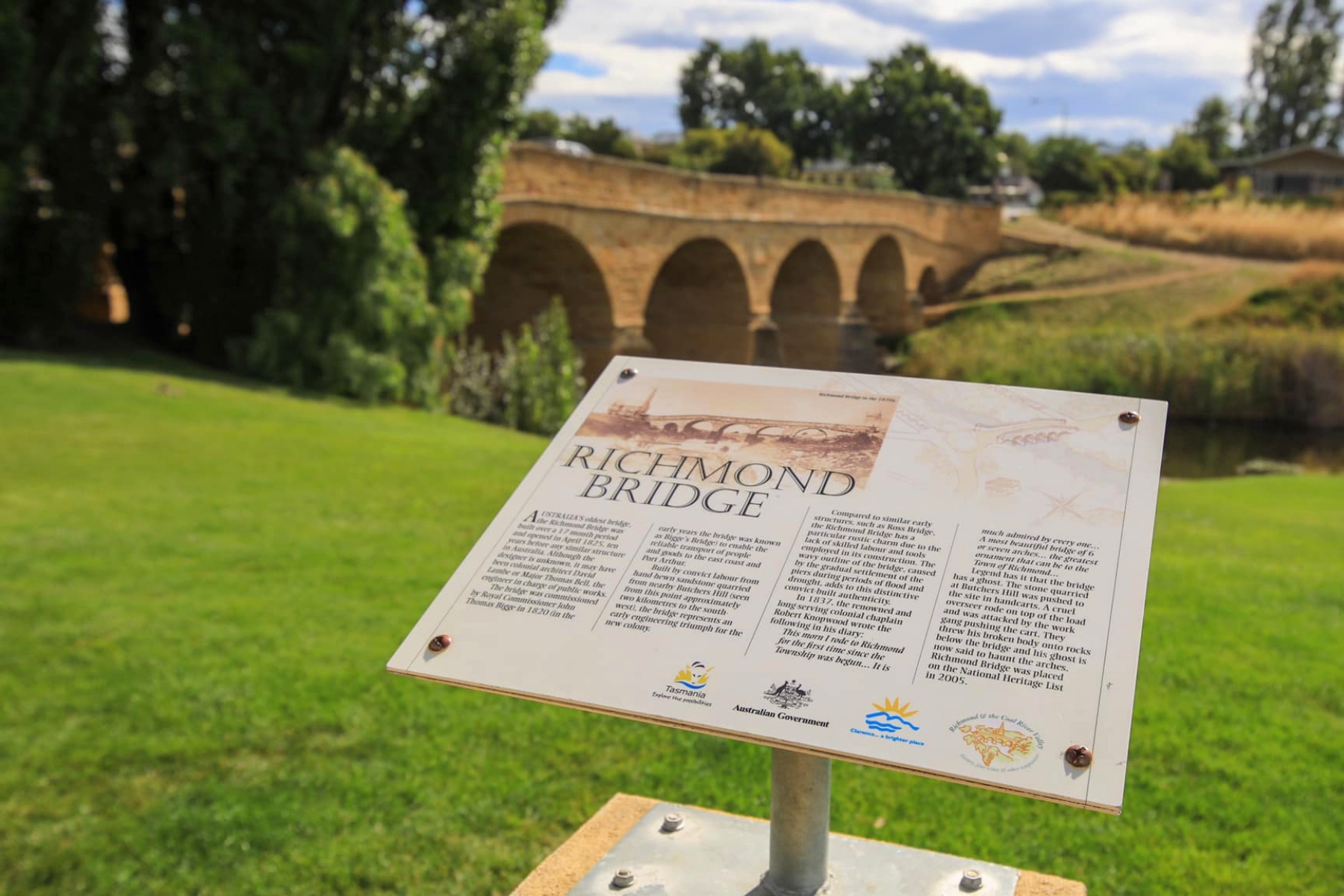 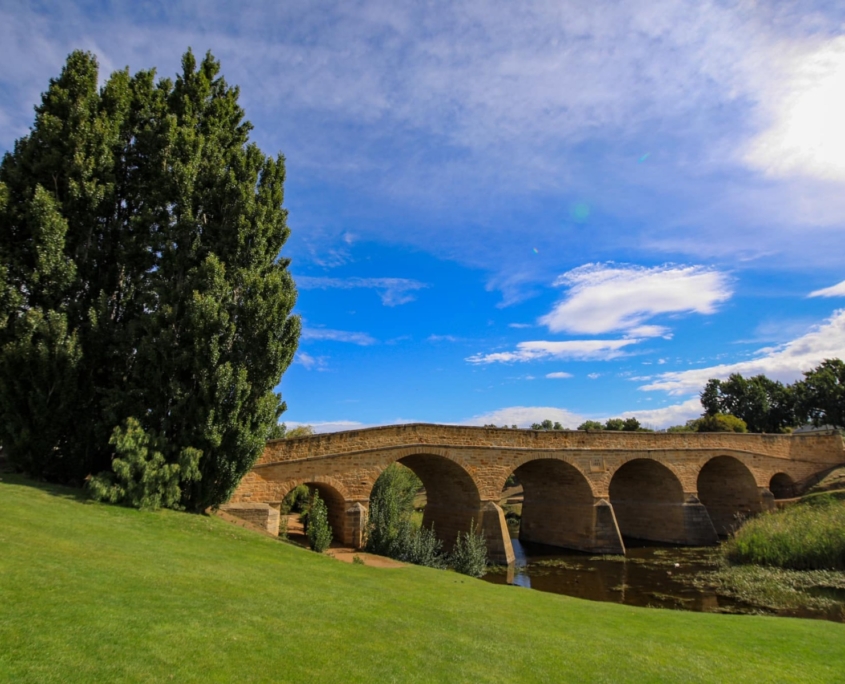 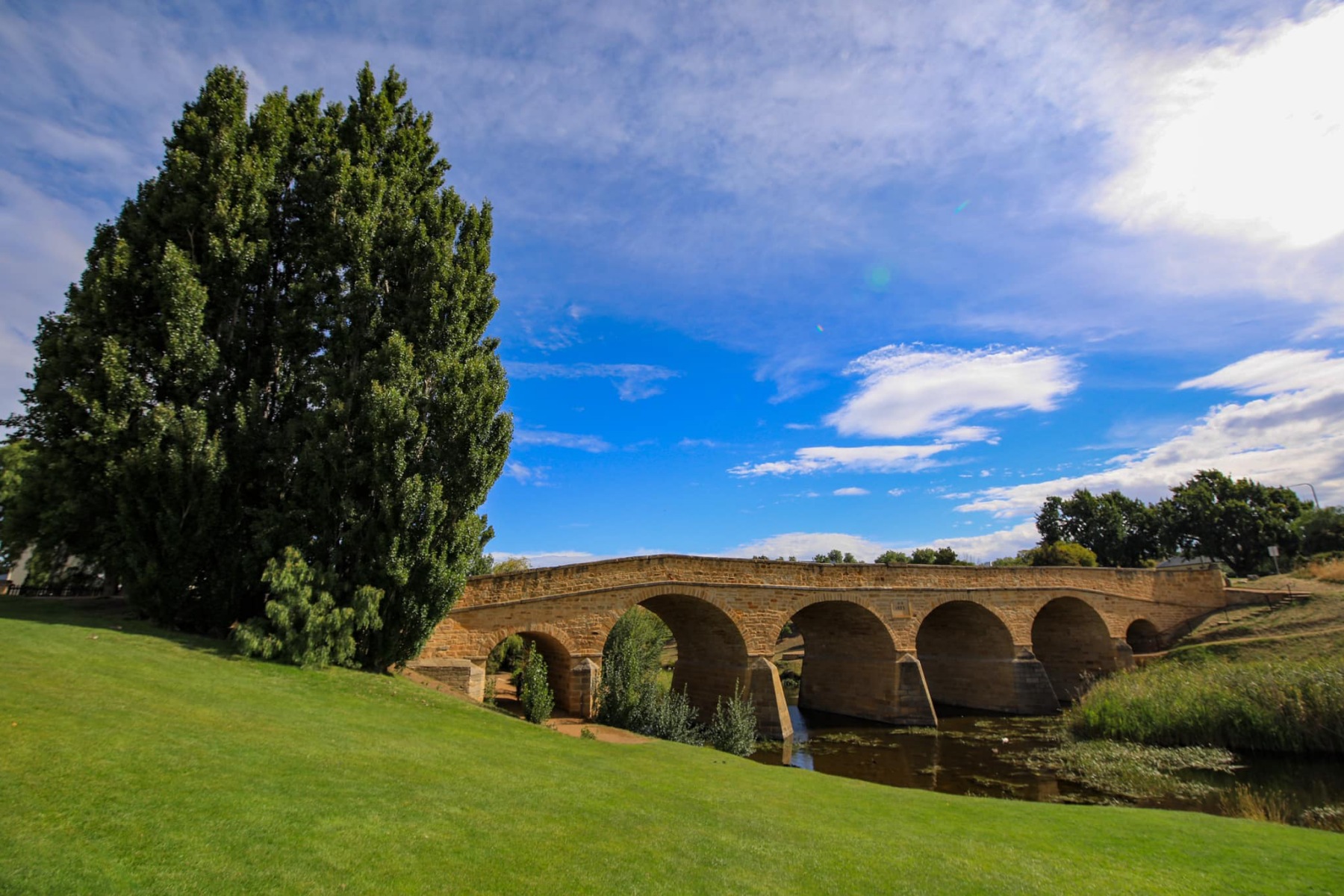 Barilla Holiday Park was on the outskirts of Hobart, but felt so rural and green! We stayed here three nights because it was such a lovely and convenient base for checking out the area.

In addition to seeing the sites of Hobart, we also checked out the oldest existing stone arch bridge in Australia which was 14 minutes away, and was worth a visit.

The heritage listed Richmond Bridge was originally named Bigge’s Bridge after the Royal Commissioner John Thomas Bigge who proposed the erection of the Bridge in 1820 and opened it in 1825. It was an improvement needed to transport early settlers and convicts from old Hobart town to other locations along the east coast.

The holiday park itself was well maintained and offered a mini putt putt course, playground and wood-fire pizzas from the onsite restaurant.

The holiday park had two sets of toilets, and showers that ran on 5 minute timers with 2 minute intervals. The only downside for us was the dump points, which were on the campsites. Not all sites had one though, so after going to reception we learnt we had to use someone else’s waste site. This was a bit weird and uncomfortable.

Aside from that, it was a pretty and convenient spot to camp.