Chasing The Sun In Our New Set-Up

Our new caravan will let us be more adventurous, push our travels further, and go off the grid longer.

When we first started caravanning the country we didn’t know a lot about anything. We did a little research, which was great, but sometimes things didn’t work out and relate to us the way we’d expected. Over time we became better versed on how we travel, how we consume energy, and the things that are deal-breakers for us.

At the end of the day everyone travels differently, lives differently, and has a different purpose or wants to see different things. You don’t really know this stuff until you get out there, but now that we do, we figured it was time for an upgrade on an epic scale!

Put simply, we want to be more adventurous, we are ready to push our travels further, and we want to go off the grid longer.

Some key boxes we wanted to tick in order to make this happen was reducing our overall weight, improving the functionality of our setup, becoming more self-sufficient, and maintaining the level of comfort we’d become accustomed to.

We wanted to showcase what’s possible and be able to go to locations where we don’t need to worry about power at all. To be able to rely just on the sun would mean we wouldn’t need to stress about where we’re going to fill up our gas cylinders, because we’d plenty of access to power whenever we needed it. 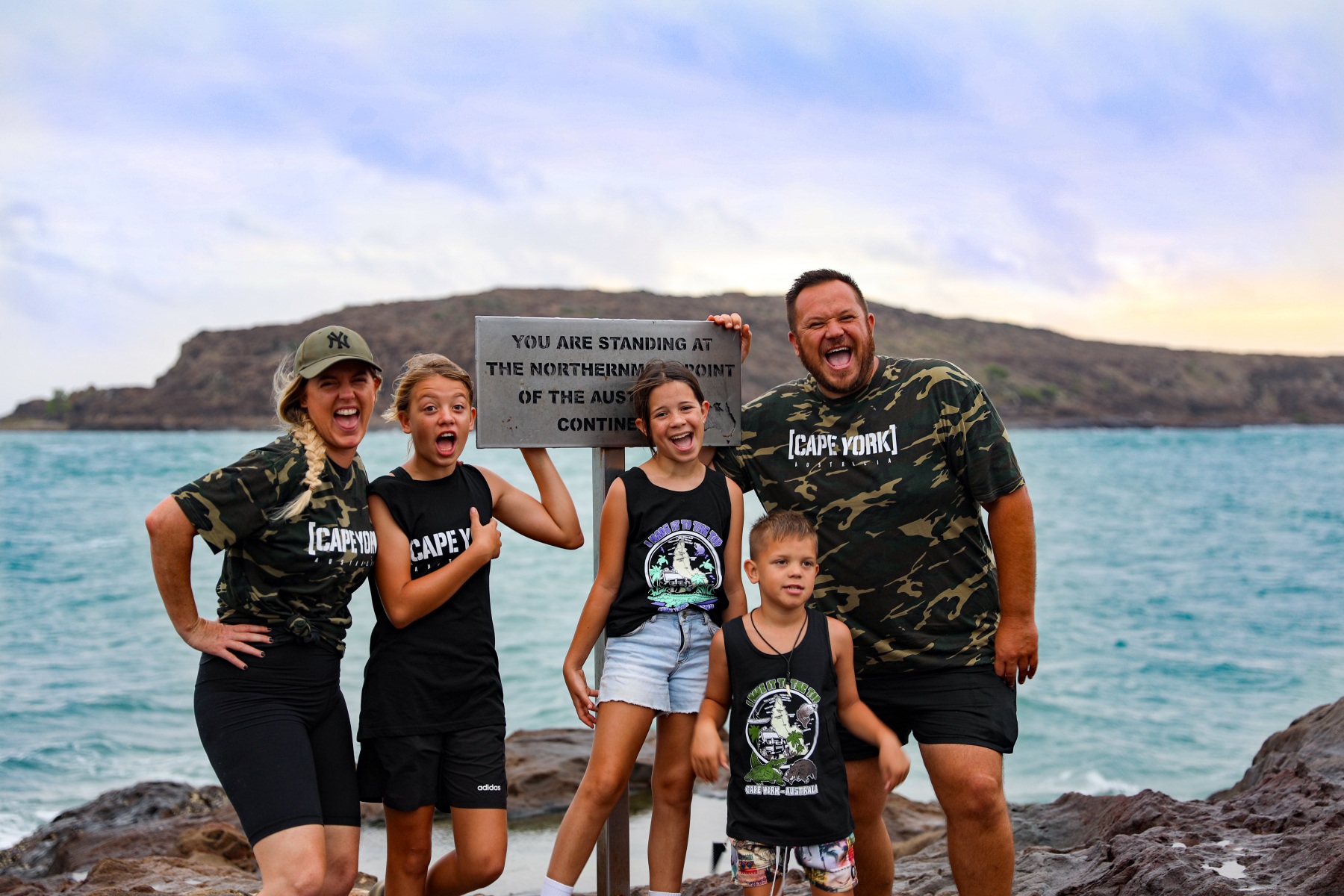 You Live And You Learn

18 months full-time travel with our family of five taught us a thing or two about how we travel, and what matters most to us when living life on the road. The biggest of which was our power usage.

We’ve learnt we are heavy power users. We run our businesses and distance ed our three children who can use their devices up to a couple of hours a day, so we absolutely need a reliable power source. 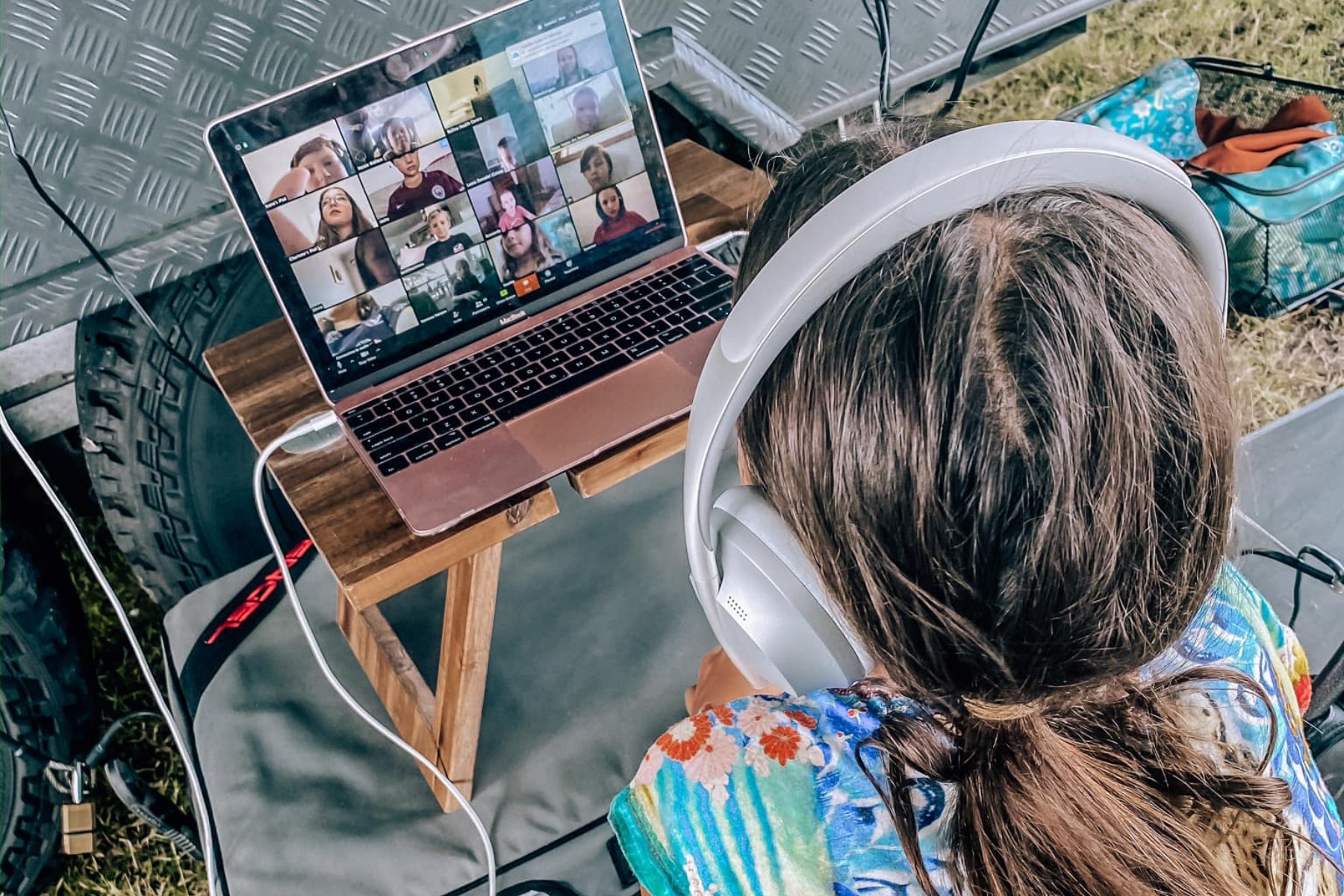 When we first started out and looked into power setups, there were so many different options available and it became quite exhausting trying to understand. There were so many layers to pick through and work out; whether it’s AGM batteries, lithium batteries, or gel batteries, then there are all the different types of inverters. There was all this information we were trying to sift through but until you experience it first hand, your understanding is pretty limited.

Now that we have a little more experience and knowledge to build on, and we’ve established what matters most to us when travelling, we figured it was time to embark on a new setup and a new challenge!

To pull off this goal we had to think big.

When contemplating our new design, we wrote a list of the things we wanted to keep the same; this included the bed, the airbag suspension, the aluminium chassis, as well as the general look and feel. However there were a lot of things we knew we could do better too.

The biggest changes we wanted to make were around weight reduction. A lighter van would mean reduced fuels costs, less environmental impact, and an increase in the number of locations we could access.

To achieve this we will be lowering the ceilings to reduce the height, reducing the length of the van, and changing the external panelling to fibreglass. We’ll also be switching from gas to solar power, which among other benefits will mean a lot less weight. All up this will mean a few hundred kilograms reduction in weight, which is pretty huge.

With all these changes it was still very important to us that we maintained enough room and storage for two adults and three children to travel safely and comfortably.

We decided to make the kids’ beds bigger, so we removed the hallway to give them more bedroom space whilst also allowing them to have a cupboard at the end of their bed instead of the drawers they had previously. As part of the design we have encompassed other things we’ve learnt along the way, like where to put taps and drawers to be more efficient and space savvy.

Power, water, and waste often limited our ability to go off the grid for extended periods of time, but our new van will tackle all this!

Running a van entirely from solar has always been of interest to us, and we keep a pretty close eye on new technology to learn how we can do things more efficiently whilst also saving time and money. For us, solar power ticked all these boxes.

The technology in our new van is quite new to the market and wasn’t around when we started out, and we’re so excited to put it to the test – not just the solar side of things, but also the technology around the electrical side.

Water was another limitation for off-grid travel in our previous set-up, which had 190 litres of water on board. This could last us seven days if we stretched it, so we’ve added another hundred litres to the new van so we can stay in most locations for 10 to 11 days. 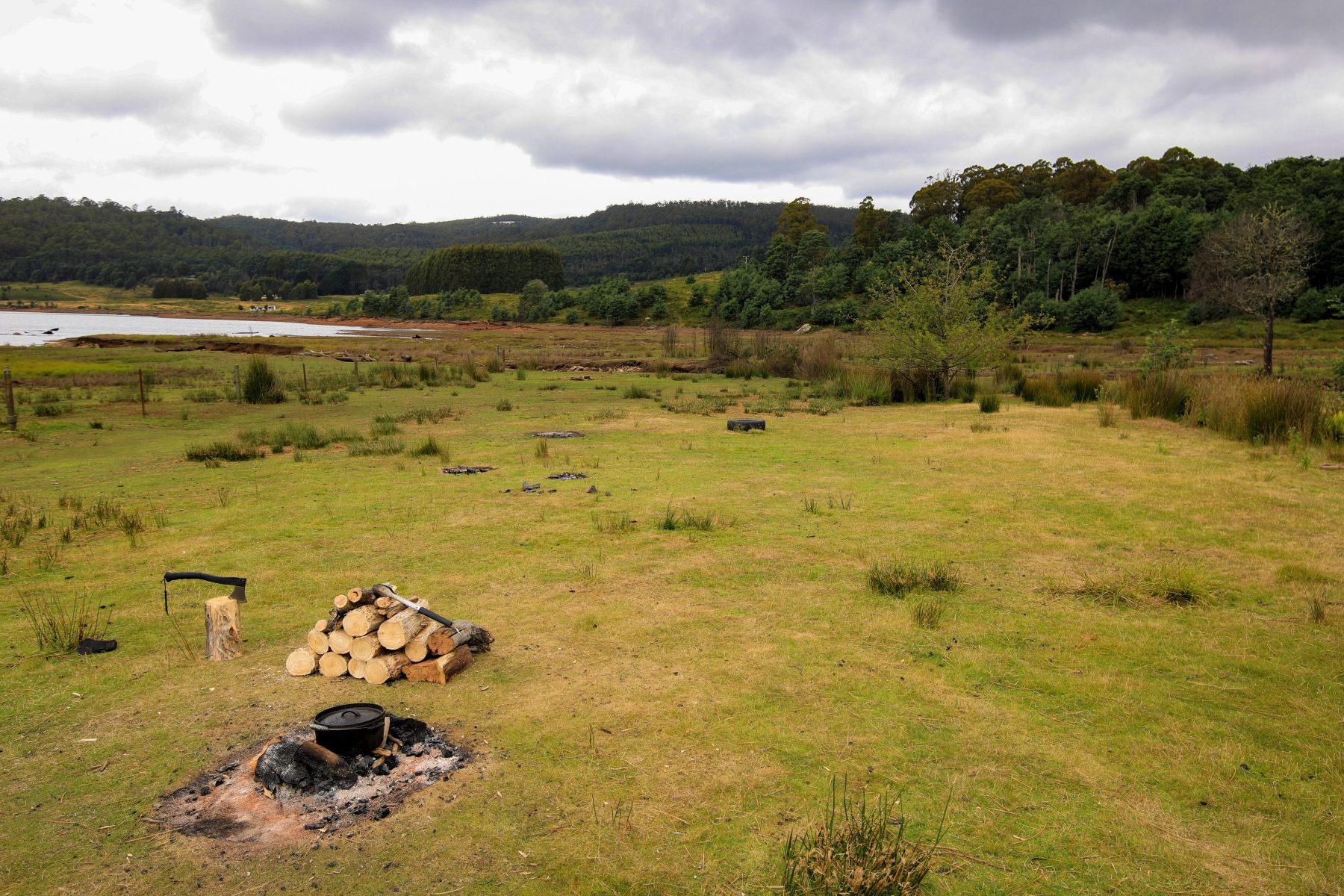 We are also working towards a composting toilet. This will eliminate our need to regularly find a dumb point to get rid of waste. The composting toilet will be all natural and break down down waste with the help of a little packed moss. It’s great for the environment and means we can be out and about for a lot longer without needing to store used canisters (aka poo and wee) in our caravan – a huge plus!

A New Van, Car And Boat!

While the full details of our new set-up will be released in time (the anticipation is killing you isn’t it?!), we can tell you that it will include a new caravan, car and boat!

The van will be a shorter 21’6’’ family van with a lighter body, and a battery system four times greater than the current one we have (based on the 12 volt system) alongside a 5000 watt inverter.

The upgrades to the car will mean we can potentially leave the caravan in a location and head out without it. It will have its own battery system, will carry sufficient water for the five of us, and will have enough area to store the clothes and things we need. We found with our old car there wasn’t enough storage to comfortably travel with five people full-time.

Last but not least, we opted for a rooftop boat because it will give us so much more flexibly for accessing certain locations. We will be able to go fishing, island hopping, and potentially stay for a couple nights on an island.

There are gas lines that run underneath and then you’ve got the compliance around ventilation, which means you need vents all throughout your van when you’ve got gas on board. These vents create opportunities for dust to get in the van, which was another big reason for us to get rid of gas. We wanted to remove gas completely so we could have a completely ventless van (even our fridge is vented internally) that allows us to hit the dirty, dusty, corrugated roads and visit the places we love to go, without having to contend with the dust. 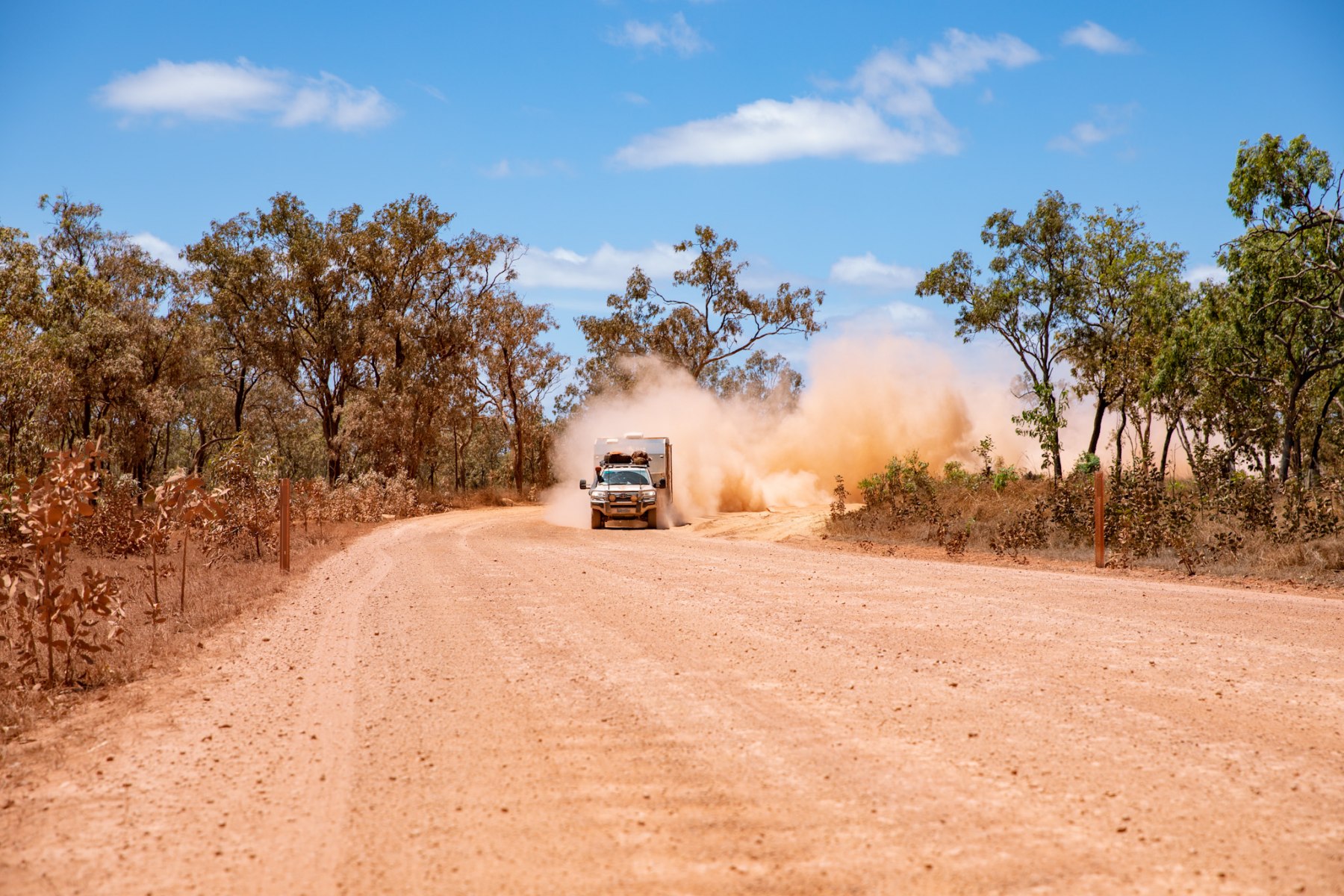 The other thing we will now use is induction cooktops, which we will be able to run internally or externally. Induction cooking will allow us better temperature control, greater energy efficiency, less gas emissions and the cooktop remains cold, meaning it won’t release as much heat.

The environmentally friendly aspect was a huge plus for us too! We love the idea of not having to rely on fossil fuels and instead being able to use solar power to run every thing. It’s renewable, and even if it is overcast we will still get some charge.

The new set-up will have the option to plug into 240 volt power, but our challenge is to see how effectively we can run this caravan without plugging into shore power. That’s not to say we won’t use this power if needed, but the goal is definitely to see if we can live the same quality of life we’re used to on the road, but by relying purely on solar.

Credit Where Credit Is Due

We need to take a moment to give a BIG thank you to Royal Flair Caravans for helping us make this upgrade a reality, in addition to our other supporting partners – we appreciate every single one of you!

Should everything go to plan, we will be hitting the road in our new wheels by late September 2021 and plan to take them wherever we possibly can! Over the next 24 months we are looking to spend a lot of time in SA, WA and NT, but this list is by no means exhaustive.

Our new set-up will mean we can stay in locations for longer, and we invite you to follow along as we put this new challenge to the test. 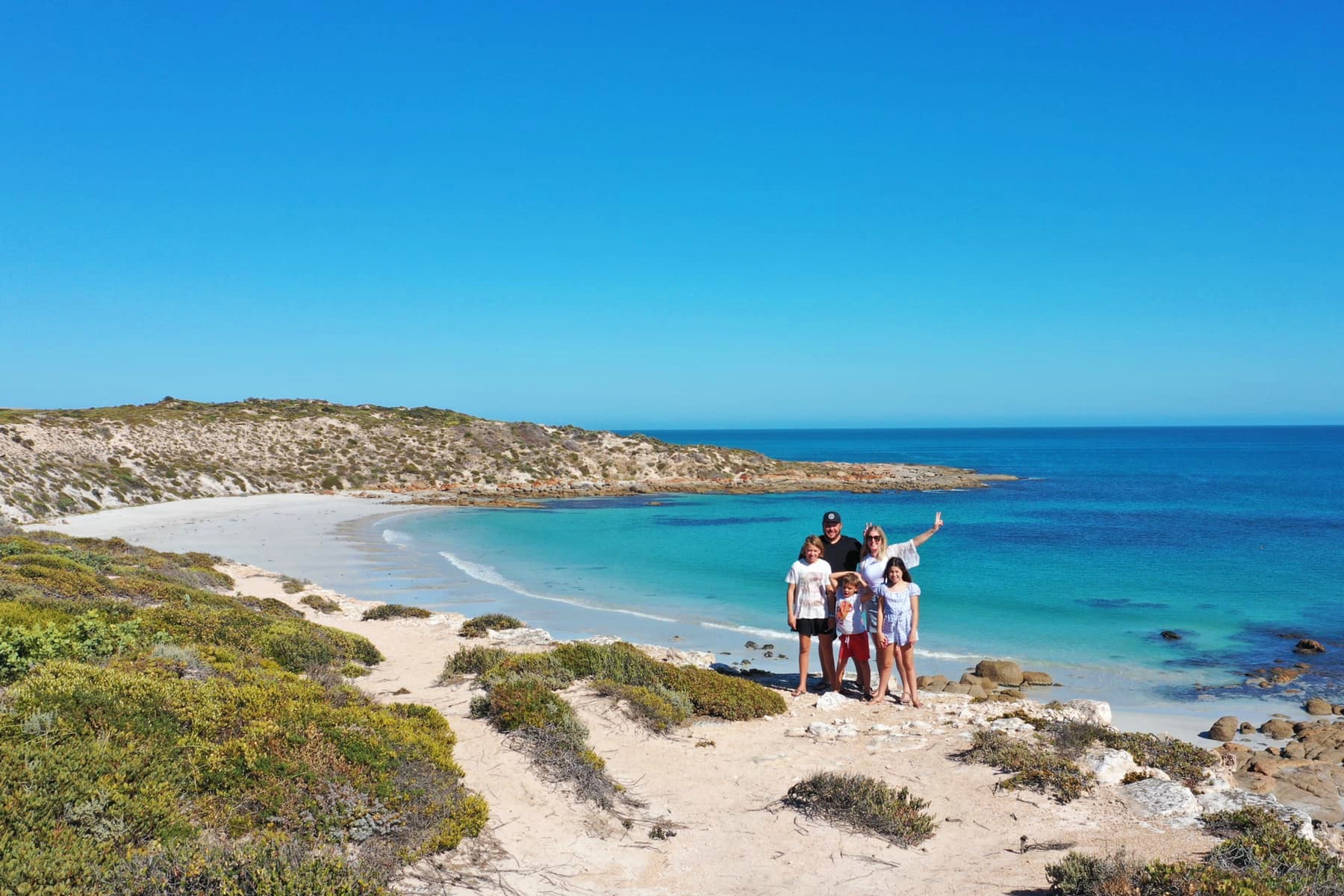 Until next time, safe travels! 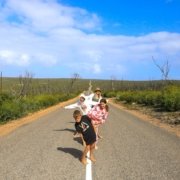 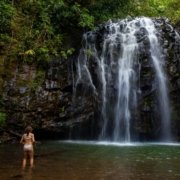 Five Stunning Waterfalls To Visit In The Atherton Tablelands 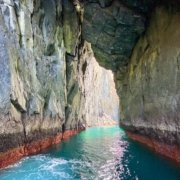 Our Family’s Guide To Holidaying On Bruny Island, Tasmania 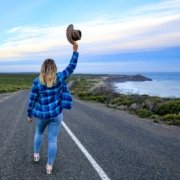 Cruising The Whitsunday’s On A Barefoot Charter: Our 8 Night Itinerary 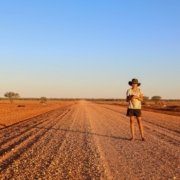 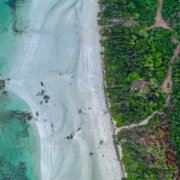 Exploring Cape York With The Kids: Our 34 Day Itinerary 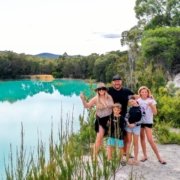 Our Top 13 Places To Visit In Tasmania
3 replies

Five Stunning Waterfalls To Visit In The Atherton Tablelands

We’re Back On The Road + Giving Away A BBQ!
Scroll to top